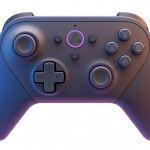 Today, Amazon announced the release of its game streaming service called Luna+. It’s no secret that Amazon has had ideas and ambitions of joining the gaming market in a much bigger way. With Microsoft’s Xbox Game Streaming service as well as Google Stadia, one might ask how Amazon fits here? Though the answer is simply put: experience.

So what exactly is Amazon’s Luna service?

As stated, Luna+ is a new streaming service that is very akin to Google’s Stadia gaming service. The plan for the service is to leverage streaming to PC, Mac, and Fire TV. Luna+ will also work on iOS and Apple Phone Safari browsers and Chrome with PCs. Amazon says the library will bolster over 100 titles at launch, with a growing library. Streams are expected to fully support 1080p at 60 FPS, with 4k coming soon. The service will also let you stream simultaneously up to two devices. The introductory pricing is set at $5.99, expecting to increase at an undisclosed time. 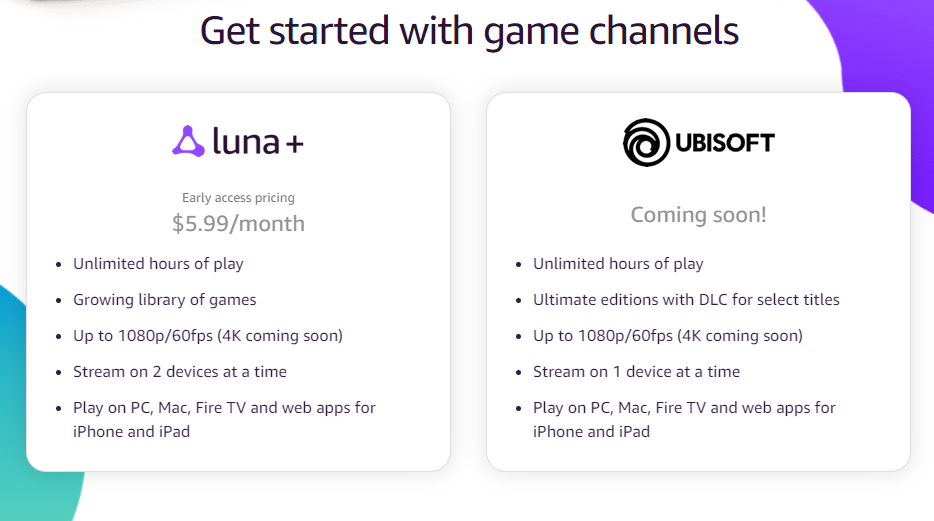 Curiously enough, it also advertises Ubisoft with a streaming service nearly identical to Luna+. The major difference here is that it will only allow for one stream at a time. There also isn’t a pricing detailed out like Luna has. Streaming wise, Amazon recommends at least 10mbps speeds.

Amazon also displayed the controller configured to go with the Luna service. In key takeaways, the controller looks very similar to that of the Xbox and the Nintendo Pro gamepads. For those in the worry, the A,B,X,Y set up is identical to that of the Xbox controller. Amazon says that the controller, much like the Stadia controller, has embedded cloud technology to help reduce latency. This is suggested to be 17 to 30 milliseconds faster than Bluetooth. The controller will connect directly to the servers with no direct connecting required. Alexa will also be able to be utilized to launch games. Of course, Amazon states that you will also be able to use other controllers such as PlayStation and Xbox if you choose and mouse and keyboard.

What Games Will Be On Luna+?

Currently, Luna+ will allow you to play a small selection during early access, including:

While it’s not known if Amazon will use its games as leverage for the service as exclusives, it’s not hard to believe they wouldn’t. Currently, Amazon Games are hard at work across several projects, including New World, Crucible, a Lord of the Rings MMO & Pac-Man Live Studio. There are also many other unannounced projects in the works, including one by Crossfire developer and creator, Smilegate RPG. Recently the developer signed a publishing deal to work with Amazon on a project, likely to be another online multiplayer game. In 2014 Amazon also purchased Double Helix, who was then working on Killer Instinct as well as developing Strider.

Amazon currently has three other studios with Amazon Games San Diego and Orange County studios, as well as Relentless Studios in Seattle.

What Else Does Amazon Offer Gaming?

This is a question that comes up a lot, especially since many gamers view Amazon as a market behemoth and not a technology behemoth. The fact that Google Stadia didn’t resonate well post-launch also raises concerns. However, Amazon has been involved in gaming for years, and many gamers had no idea. Twitch maybe it’s most popular asset, but Amazon has a number of tools such as GameLift and Lumberyard at developers disposal to help develop and manage games. AWS fully supplies support to online services to nearly 90% of the gaming public. Essentially, all the tools that a developer will need to make a game, especially a live service game, will be able to utilize Amazon’s toolset.

Back in February, I strung together a small thread of tweets of what Amazon has to offer. Quite frankly, if anyone knows if gaming is ready for game streaming, it’s Amazon.

It doesn't stop there. Did you know they offer a variety of services in the gaming sphere from development tools to server hosting. pic.twitter.com/VTmMTkx6nz

The question has never been if Amazon will get into gaming, because frankly, they’ve been involved with gaming for a long time. The question should have always been, when will Amazon make their next move? Of course, their success will be dependent on reception and, at the end of the day, gamers choice in how they want to game.

Has Google’s Stadia service scared you off from giving Amazon’s Luna+ a try? Let us know in the comment section below.