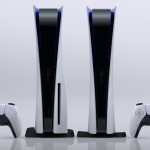 With the announcement of Xbox’s proprietary SSD that will cost Xbox players upwards of $219 USD, The conversation has once again come to the surface about the lack of storage within these new consoles. With the Xbox Series X hosting a 1TB SSD, the PlayStation 5 a slightly smaller 825GB SSD. The all-digital Xbox Series S brings up the rear with the smallest SSD at 512GB. Xbox Series S owners will have to learn to be wizards at organizing their games, as many games like Call of Duty: Warzone has ballooned past 100GBs.

Memory space management is something all next-generation console owners are going to have to be good at. Unless, of course, they want to shell out the cash for a brand new SSD. Ever wonder how fast you could fill up a PlayStation 5 SSD? Well, don’t worry, someone on the internet has already figured that out for you.

The collection contains a total of 18 games that all total up a download of 794.28GB, which leaves around 30GB for Astro’s Playroom and the system software to run. Here is the break down of each game, with the latest patches and updates accounted for.

The Last Of Us Remastered – 47GB

The Reality of Next Generation

Now it is insanely unlikely anyone will sit down and install all of these games from the PlayStation Plus Collection at the same time. This does a fantastic job of highlighting just how little space both next-generation Xbox and PlayStation consoles have in the long run. With many of us having upgraded to external hard drives already at this point in the generation. I have three 1TB drives for my Xbox One X alone.

It is troubling that the price point for memory expansion will be high for a relatively long time. There are gamers out there that may not have the option of downloading and uninstalling big games regularly, due to data caps. It’s just another hurdle that will come with next-generation technology, unfortunately. Fingers crossed that the price of these memory expansions decreases soon.