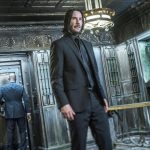 You are reading
Will Keanu Reeves Play As Spider-Man Villain Kraven the Hunter?

This news is huge if it is true: Keanu Reeves has been offered the role of Kraven the Hunter. This character is one of Spider-Man’s main villains in the comics. Reeves’ addition to the Marvel universe is defiantly needed.

The hugely popular actor Keanu Reeves has reportedly been offered a role by Sony Pictures. While we do not have confirmation that the actor has accepted the role, this would be a great addition to the growing Spider-Verse. Comicbook.com is reporting that the role is his if he wants it. Keanu Reeves would be joining Tom Hardy (Venom) and Jared Leto (Morbius) as two Spider-Man villains with their own movie. Kraven the Hunter is one of the more psychotic villains that does not have special powers. He is really just an insane big game hunter who sees Spider-Man as his next big target.

It is also reported that Kevin Feige has talked to Reeves numerous times in the past about being in a Marvel movie. What would be great is if these Spider-Man villains would get a proper appearance in the Marvel Cinematic Universe. Given that Sony owns the rights to these characters, we might have to wait until Spider-Man 3 or another film.

Right now Venom: Let There Be Carnage is going to be released on June 25. Morbius has been pushed back to January 22, 2022. The third Spider-Man movie is set to be released on December 17, 2021. The only Marvel product that is out right now is WandaVision. You can watch that on Disney+ every Friday until the season ends on March 5.