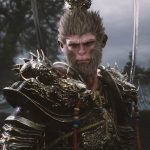 You are reading
Black Myth: Wukong Amazes With Newest Trailer

Based on the Chinese mythology Journey to the West, Black Myth: Wukong‘s latest trailer highlights landmarks, monsters and gameplay. The 3-minute video mixes in cinematic cutscenes with gameplay, making for an impressive display of effects. From the developer, the trailer was released to celebrate the Chinese New Year, Year of the Ox.

Check out the trailer below:

By its end, a caption reads, “This video is specifically produced for celebrating the Year of the Ox, it does not represent actual plot.” In other words, do not expect the events of the trailer to be similar to the final product. At least, for the cinematic portions.

Gameplay on the other hand, looks solid. Game Science is making headway in their ambitious project, and players cannot wait to see more.

Black Myth: Wukong‘s recent trailer comes months after the game’s first showing with a 13-minute announcement video. The video spread like wild fire across social media platforms and dominated conversations. According to IGN, Game Science says they plan to keep their heads down “for a long time” to finish development.

Black Myth: Wukong is expected to release in 2023.