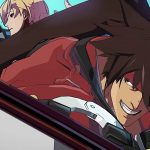 Guilty Gear Strive is a 2D fighting game. The franchise is known for its anime art style, fast-paced action, and hard rock soundtrack. Arcsys showed a trailer featuring a closer look into the gameplay of Anji and I-No. These two were the last characters announced for the game’s base roster.

Anji Mito has been absent from the series for quite some time. He was not included in Guilty Gear XRD. Having him back will be a nice treat for Anji enthusiasts. The trailer showcases I-No’s air combat heavily. She manages to combo the enemy while remaining aloft. Her mixup potential could be devasting for players who are not mindful of their ground inputs.

Overdrives were also shown for both characters. Interestingly, fans did not see the cinematic from I-No’s original character trailer. This cinematic has traditionally been used for her Instant Kill. Instant Kill was a high-risk/high-reward system in past Guilty Gear games. This allowed players to activate a state for the chance to win the match in one fell swoop, regardless of time or health percentage. Until now, Arc System Works has not mentioned the flashy enders for Guilty Gear Strive. They were also noticeably absent from the open beta. Fans theorized Arcsys was teasing the return of Instant Kills; however, the remaining time before launch seemed unlikely. Yet, there may be hope now. 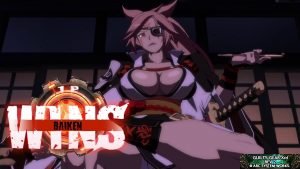 Arc System Works announced a delay for Guilty Gear Strive. This news came hours ahead of the New Game+ Expo. It seems the team has received valuable feedback from the open beta and subsequent survey. Via Twitter, they made their intentions known for the game’s future.

As stated above, the game has been delayed a full two months. This news seems more optimistic than dire. The team wishes to polish and fix all issues fans experienced. Things like server stability, netplay, and possible lobby fixes will most likely be addressed. The extra time also may lead to the implementation of Instant Kills. There were fans not too happy with the news. They reminded Arcsys of a mocking tweet made in jest referencing Cyberpunk 2077’s many delays. The team shortly after deleted and apologized for the said tweet.

Also unlike Cyberpunk 2077, there has been a successful open beta for Guilty Gear Strive. The game has proven to run well on both PlayStation 4 and Playstation 5. Guilty Gear Strive is now set to release on June 11, 2021, for PlayStation 4, PlayStation 5, and PC. Hopefully, the added time and polish will produce a fighting game product unparalleled in today’s market.