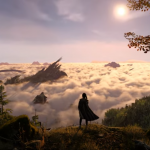 You are reading
Second Class Status: Xbox Must Improve in Japan

High-profile Japanese titles keep releasing on Xbox after a timed exclusivity deal with PlayStation. Or worse, they end up skipping the Xbox platforms entirely. While Xbox has made progress, some Japanese game producers continue to treat the platform as a second choice to PlayStation. For example, Square Enix and its two-year timed exclusivity for Project Athia with PS5. Fair or not, Xbox is clearly not highly esteemed in Japan.

Why is Xbox Considered Second Class in Japan?

Why is this still the case, even after all their efforts? Part of it is the fact that Xbox, as an American company, is still seen as an outsider. The fact that Sony is a Japanese company, does aid their standing in the region. Much as in sports, homecourt/home-field advantage is a big deal in business. Another reason is the lack of high-profile exclusives from Japanese developers for the platform. The angst from this plays a large part in the frustration about Scalebound’s cancellation. Yet, another reason was the disastrous launch of the Xbox One, which was somehow handled even worse in Japan. Xbox spent the entire generation playing catch up, which absolutely reflected in their terrible standing in Japan. Nintendo inviting Banjo-Kazooie to Super Smash Bros. Ultimate generated more Japanese hype for Xbox-related games than anything Xbox had actually done itself. 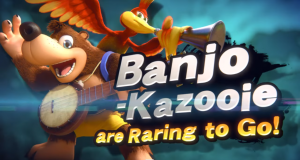 Xbox Needs to be Bold in Japan

Xbox must continue to make progress in the region. Game Pass deals and marketing rights are a start, but Xbox must prove they actually mean business in the region. They must sign deals with big-time Japanese publishers and renowned creators. Xbox needs to go for the best, even if that means partly funding Hideo Kojima’s latest creation. Or securing an exclusive with a high-profile studio like FromSoftware. A surefire way to permanently secure Japanese talent would be to acquire region studios. Getting Tango as part of the Zenimax deal is a great help to efforts in Japan, but Xbox still needs to acquire more to showcase commitment. Whether it is going all-in and buying a Japanese publisher like SEGA or acquiring a couple of smaller studios in Japan, Xbox still needs more Japanese talent for First Party.

However, there are reasons to be optimistic that Xbox’s presence in that region will improve given the sheer amount of time, effort, resources, relationship building, and talent development they have undergone recently. While things are clearly not where they need to be for Xbox in Japan, it is not all bad. xCloud and Game Pass have proven quite successful in the region, and securing marketing deals shows that some publishers are at least willing to give Xbox a shot. Phil Spencer has personally made numerous trips to Japan to try and improve things for Xbox, and has done an admirable job. I remain hopeful that Xbox will get a foothold in Japan and make it a place of power in their network. Some things need to happen to make it a reality.

See More: Opinion: Why FF14 Is Not Coming To Xbox Yet