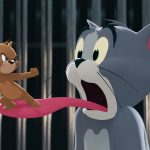 This weekend, Tom and Jerry had a great opening weekend. During a time when theaters are still not fully open, this movie was able to gross some money.

Tom and Jerry grossed an impressive $14.1 million. The movie was able to get into the double digits this weekend, even with a premiere on HBO Max. This movie was finally able to topple the animated family film, The Croods: A New Age. Tom and Jerry also grossed an estimated $25 million in the foreign market. Bringing its worldwide total to $39.7 million. At this moment, the film has scored a 26% with critics on Rotten Tomatoes. It has a score of 86% with the audience chiming in.

Of course The Croods: A New Age is still making a little over $1 million a week. This movie was almost unstoppable at the box office. It is an entertaining family film that just about everyone has enjoyed. Wonder Woman 1984 is still out in the wild making money. Fans can rent the movie at home if they want. This DC film grossed $705,000 this weekend, bringing the worldwide total to $161 million.

Next weekend, expect Tom and Jerry to drop from the top spot. We have two new movies coming to theaters: Boogie, a tale of Alfred “Boogie” Chin whose a basketball phenom in New York. The second is Disney’s Raya and the Last Dragon. This film that critics are enjoying should bring in a little more money next weekend. Places in California, New York, and other states will be opening theaters back up in a limited fashion. With plenty of people itching to leave the house, expect this to be one of the first hits of 2021.