You are reading
Shadowkeep Primer: The Dark Secrets of the Hive

Destiny 2: Shadowkeep is fast approaching. With that in mind, this is the second in a weekly series exploring the state of each of the Destiny races and the mysteries still to be solved. Last week we delved into the stars of the Season of Opulence, with the Cabal. This series will run every Tuesday until the launch of Shadowkeep on October 1st, 2019. This week we turn our attention to the secret sorceries of the Hive and their malevolent Worm Gods.

Few would argue that the Hive are the main antagonists of Destiny. Though the Vex dominated the early days of vanilla Destiny, as the villains of both the Vault of Glass and the Black Garden, the Hive always stood out as the true scourge of the Guardians. Whether it is the descent into the Hellmouth in Crota’s End or storming the Dreadnought to fight Oryx, the Hive have always stood head and shoulders above the other races in terms of the sheer scale of their villainy; yet they have been quite subdued since the Red War. The loss of Oryx at the culmination of the Taken War hit the Hive hard, but they are recovering fast, and Destiny: Shadowkeep will remember why they were afraid of the dark. 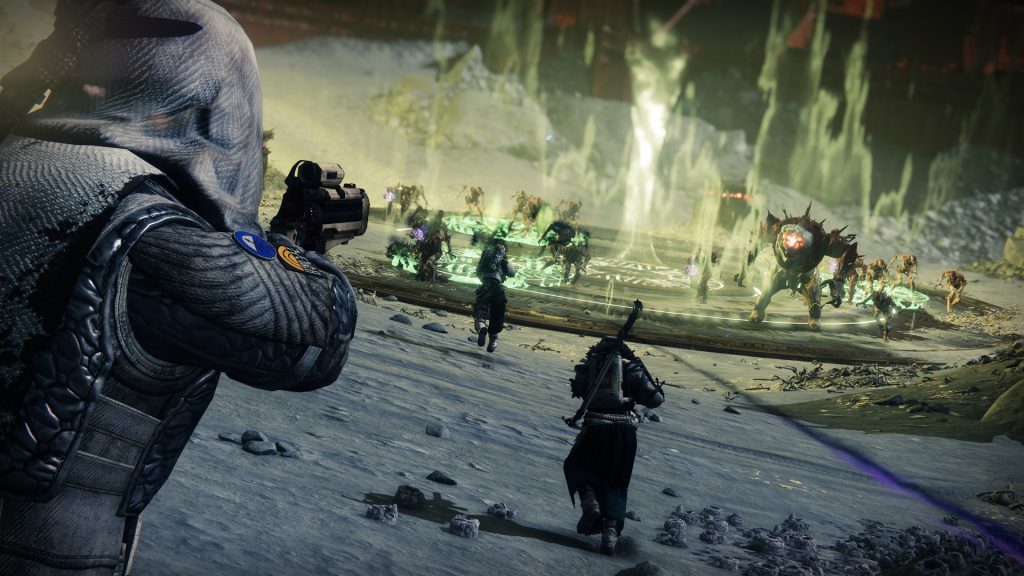 The story of the Hive is a story about family. At the beginning on the world of Fundament, Oryx and his two sisters Xivu Arath and Savathûn, the Witch King, as they would come to be known were scared children fleeing from a coup against their father, the Osmium King. Driven to the point of desperation, they plunged into the depths of Fundament seeking the power to overthrow their kingdoms usurpers. Their search first led them to the Leviathan, a disciple of the Traveler who warned them to turn back, but the seduction of the Darkness was too great. Down, down, down they spiraled searching for they knew not what, driven by the whispers. In the bowels of the world, they discovered something foul, the Worm Gods.

Akka, the Worm of Secrets. Eir, the Keeper of Order. Ur, the Ever-Hunger. Xol, Will of the Thousands. Yul, the Honest Worm.

In exchange for immortality and power, the three siblings made pacts with the worms and so evolved into the gods of the Hive that we know today. They set about conquering world after world, hunting the Traveler and all emissaries of light across the universe. The Hive devoured everything in their path until they arrived at the Sol System. Crota, the son of Oryx who was banished by his father after his disastrous contact with the Vex, conquered and hollowed out the moon. His reign of terror led to the Great Disaster and the slaughter of Eris Morn’s fire team during the Dark Below. Eventually, Crota was killed by the Guardian in the Crota’s End raid, but his death brought far worse to the Sol System.

The Taken and the Hive have been linked since Oryx assumed the mantle of Taken King and killed the Worm God Akka long before the events of Destiny: Shadowkeep. Over the years no race has been immune to the Taken effect, from the lowest dreg to the mighty Ahamkara Riven herself. Oryx’s legions grew with every enemy he faced, and upon word of his son’s death at the Guardian’s hands, he brought his Dreadnaught to the Sol System. It took everything the combined forces of the Awoken to disable the Dreadnought and give the Guardians time to launch a daring raid deep into its heart.

Only after defeating Oryx’s warpriest, the savage beast Golgoroth and Oryx’s twin daughters, Ir Anûk and Ir Halak did they come face to face with Oryx himself. The Guardian killed Oryx in his Ascendant realm, ending his threat once and for all. However, the Guardian did something wholly unexpected and, in defiance to the Sword Logic, left Oryx’s throne empty.  Oryx’s death left a vacuum, and nature abhors nothing more. There have been many pretenders to the throne, since Oryx’s fall, but none have posed the threat the Guardians see rise behind the scenes now. Oryx’s sisters aren’t coming. They are already here. 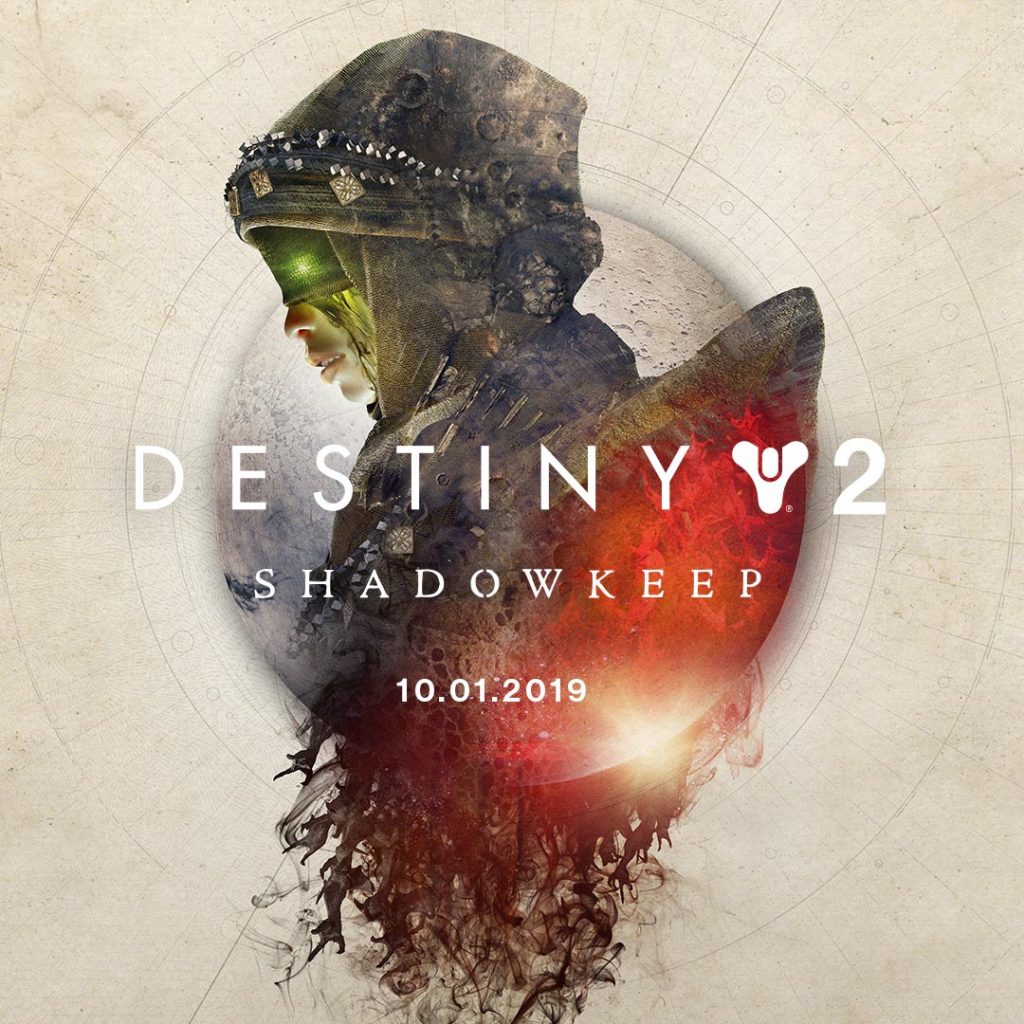 Of Oryx’s two sisters, Savathûn is moving much more overtly than Xivu Arath. It was through the deceptions of Savathûn that the Guardians were tricked into killing Riven and unleashing the curse upon the Dreaming City. This curse cycle will be dealt with more in the coming weeks with the Awoken, but suffice to say, the continuation of the curse has done nothing but make Savathûn stronger than her brother could have dreamed. She not only has invaded the Distributary in the Dreaming City but also engineered the corruption of the Sorrow Bearer in the Crown of Sorrow raid. In fact, it could be said that everything that has occurred since the launch of Forsaken has been guided by the secret hand of Savathûn, and her greatest weapon has still to be unleashed.

Before his death, Oryx gifted Savathûn with the Vex mind, Quria, Blade Transform, the most powerful Vex in existence whom he took in the distant past. With Quria by her side, and Xivu Arath’s forces seemingly working in conjunction with her own, a Second Taken War is coming, and the Last City may not survive.

What to Expect from Destiny: Shadowkeep

We will see the Hive play an interesting part in the Destiny: Shadowkeep expansion in the form of Phantasms of Crota, Omniguhl, Phogoth, and presumably Oryx himself. These creatures are the nightmares of the Guardians past come back to haunt him or her. Given the long history of the Moon being associated with the Hive and their infection, expect a return to the Hellmouth and for the Hive to be the driving force behind the red fortress seen in the promotional material. Will we finally see Savathûn’s endgame? We can only hope.

What Is Xol Waiting For?

In July of 2018, Bungie stealth launched perhaps their greatest single mission, the secret strike, The Whisper. The Whisper was the secret ending to the Warmind campaign, which saw the Guardian defeating the Worm God Xol, Will of the Thousands. It was a climactic, blockbuster ending to the campaign, but for many players felt a little underwhelming. After all, the Worm Gods were what gave Oryx his power, and defeating him involved completing Destiny’s finest raid and killing him in his throne world. Yet, this Worm God was able to be defeated with a few throws of the almighty Javelin? Not so fast.

The full lore sheet for Whisper of the Worm, the exotic sniper rifle that is granted upon completion of the Whisper mission can be seen in the image, but the synopsis is that Xol recognized your power in the Sword Logic, and so morphed itself into the greatest weapon it could conceive of. It was a weapon that would feed on the souls of the foes it slew, and it was hungry indeed. This in-universe explanation for the dominance of Whisper of the Worm lasted through most of the season pass only meeting its end with the White Nail nerf earlier this season. Given its dominance though, Xol has feasted in your hands and grown fat indeed. Through its usage has the Guardian become snared in a similar pact as Oryx and his siblings? What happens when Xol decides to unleash all the power he has accumulated? 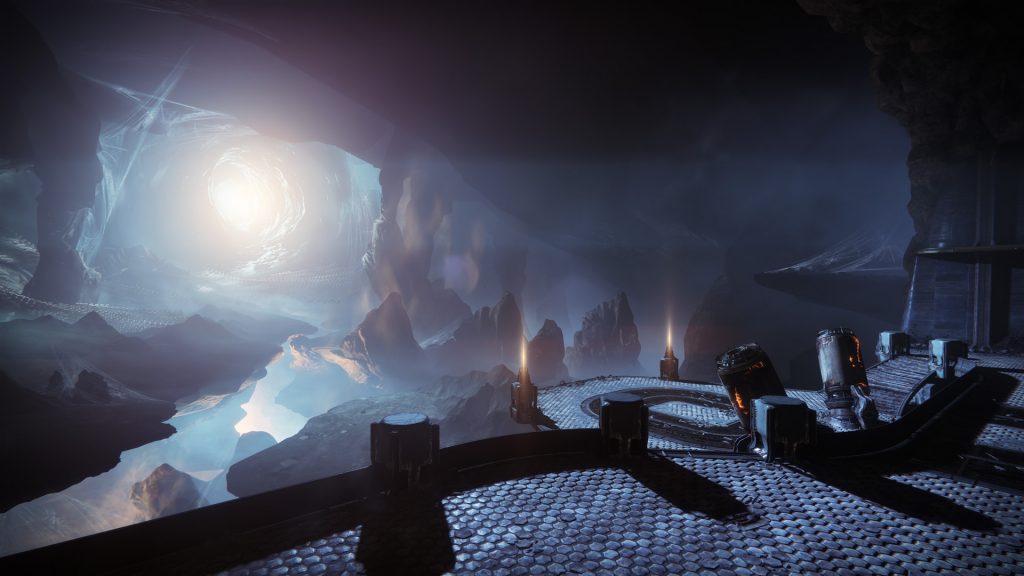 There is an exotic Warlock helmet called Nezarec’s Sin. The lore reads “He is that which is an end. That which covets sin. The final god of pain…and he shall rise again…And his sin-so wicked, so divine- is that he will never cower when dusk does fall, but stand vigilant as old stars die and new Light blinks its first upon this fêted eternity.” Beyond this one helmet, he hasn’t been mentioned. No one knows who or what Nezarec is, but given the fact that with the launch of Destiny: Shadowkeep also comes the launch of Destiny: New Light, there just may be more to come soon from Nezarec.

Where has Eris Morn Been?

Since the launch of Destiny 2, Eris Morn has been almost completely radio dark. If you look at the exotic jump ship, Unfinal Shapes, Eris has a letter written to Asher Mir describing an Ascendant throne world built for the Light. This is the first such instance of this kind of world being mentioned but seems like a fairly huge revelation. Eris also says that she has been working for Mara Sov. So the question now is what has Mara been sending Eris to do on the Moon that caused the awakening of the Darkness power there? What are the nightmares that she has unleashed and why have they linked to the Guardians greatest triumphs? Eris Morn was one of the most fascinating characters in Destiny, and looks to regain that title in Destiny: Shadowkeep.

That’s all for the Hive, join us next week as we dive into the Fallen! And check out our weekly Destiny podcast breaking down all the latest on Destiny 2: Shadowkeep, The Last Word with Lord Cognito and Ebontis every Friday, your go-to looter shooter podcast.