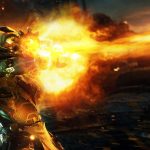 You are reading
Outriders Demo Impressions: What to Expect

Square Enix still wants a good, online action game to succeed. After Marvel’s Avengers disappointed last fall, Square Enix is back this year with Outriders, an action RPG developed by People Can Fly releasing April 1st. Despite Avengers’ many flaws, it did start one smart trend for Square: a free demo. Like Avengers, an Outriders demo went live this weekend for anyone with a Square Enix account (which is free). Unlike Avengers, though, this is not just a temporary beta. This is a full, playable demo with online multiplayer support. With a major focus on online play, this Outriders demo will be especially important for fine-tuning online settings. It is really needed because despite the present nugget of something interesting, the online systems need a lot of work before Square Enix becomes this year’s April Fool.

Writer’s Note: I played the demo on the Xbox Series X.

Logging into the Outriders Demo was Nigh Impossible

Thank god there was an Outriders demo – it was a struggle just to log into the game. After spending much of the weekend booting up the demo, I got on only a handful of times. There were a couple of other technical issues, but none so prevalent as just getting on. Granted, Square Enix is fully aware of this and many other issues. Further, they do have a specific workaround for particular issues and upcoming patches to fix issues with the demo. However, an inability to play without a workaround does not bode well. You can recognize that the Outriders demo will not represent the launch day product while also noting how rough this issue truly is. 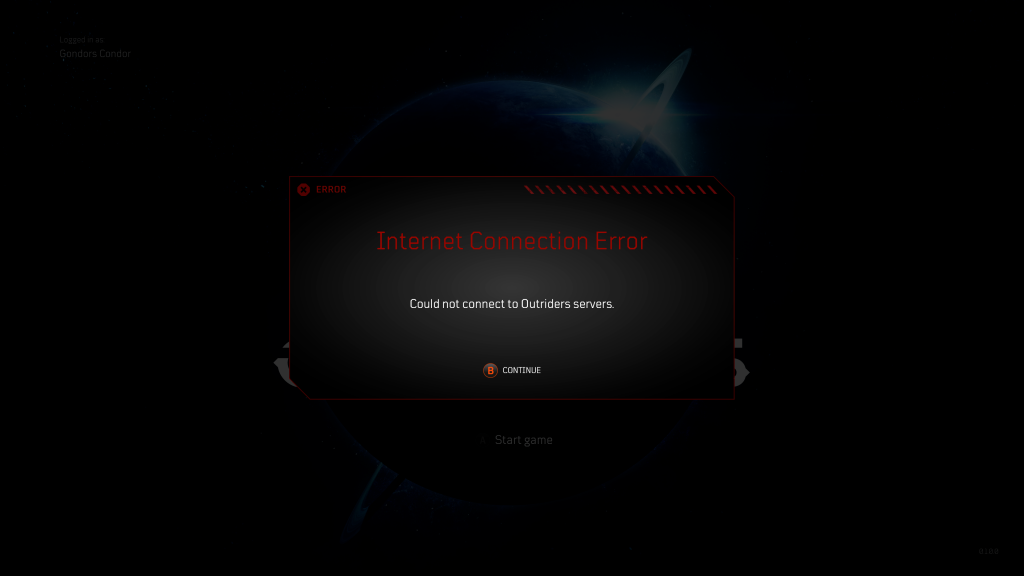 I’ve had better success at logging in since the first weekend, but I did keep getting this screen when trying to log in.

Frankly, it is a sad shame because when I could get on, I enjoyed what Outriders presented.

Outriders’ cover-based gunplay system has Gears of War and The Division DNA in it. Players take cover and attack enemies mostly from there. Instead of powerful, high-tech weapons, however, Outriders give players special abilities to whittle down foes. These abilities are divvyed up across four classes: Pyromancer, Trickster, Devastator, and Technomancer. There is more to talk about the classes, but that conversation fits better with character customization. That said, players do need to use these abilities to best beat their enemies. Many opponents also have special abilities, but players can disrupt them with their own abilities. Class abilities have a further depth to them that adds an extra level of nuance to the gameplay.

“Solid” describes both gunplay and movement well because they get their jobs done but do not excel at them. Where Gears of War gave players bonus damage for well-timed reloads, Outriders just gives a full magazine. Likewise, where The Division 2 allow seamless cover transitions, Outriders’ movement is slightly clunkier. Class abilities take the spotlight in the gameplay, though. Experimenting with ability combos makes for some fun moments that play up the power fantasy Outriders shoots for. So when enemies bull rush a Pyromancer, a heatwave staggers them, dropping a thermal bomb might blow one up, which blows up others in the blast radius, all of which heals you.  Just food for thought.

The most unusual aspect of the Outriders demo is the difficulty design. Difficulty is separated into 15 “World Tiers.” Higher tiers raise the challenge and rewards. The first tier’s difficulty is “Story,” so an easy mode option exists from the start. For hardcore players, you must play to unlock the higher World Tiers. The most important aspect of the Tier system is that loot quality and rarity depend on your World Tier. Even though the game can get harder as you play, it does not inherently get harder because you play. If you want to keep playing on the same World Tier, then the game does not get harder. Players can unlock harder difficulties but are not forced to play them.

World Tiers do have one permanent unlock, though. Each World Tier increases your character’s wearable item level cap. Everything else varies on the current World Tier.

World Tiers is an interesting, but short-sighted idea. It is noteworthy to see difficulty balance with loot drops, but linking loot quality with difficulty seems short-sighted. What if players want rarer loot but want to stay on Story Mode? It is not fair to them to force themselves into a harder difficulty to have a better chance at unlocking that loot. 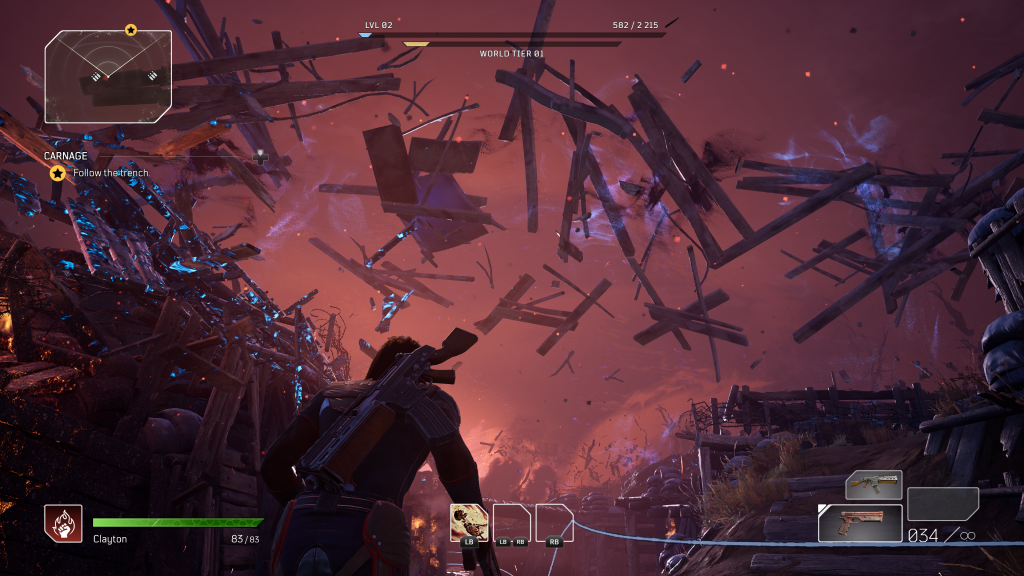 As mentioned above, Outriders offers four separate classes to play as. Yet, players have six creatable character slots to test out. Therefore, do not worry about picking a class choice. Eventually, I do plan on making characters for the other classes to test them out. When every class levels up, they periodically unlock new abilities on a set path of unlocks.

To start, I picked Pyromancer for two reasons. One, it offers medium-range capabilities which literally burn my foes into my soul. Second, part of the build grants health regeneration for fire damage. A major ability grapples opponents, and almost immediately sucks the life out of them. Another ability deals quick damage, but if it kills its target, then the target explodes. This class offers explosive abilities that strike a nice balance between circumventing annoying defenses and maintaining a reasonable damage ceiling. Not only are Pyromancers fun, but they can also survive on their own.

As for core customization, players can update that as they go along. One location in the demo’s base of operations lets players change core cosmetic features like hair, scars, or eye color. That is an especially nice feature to add in case long-term players want to change things up beyond their clothing.

Unfortunately, there is one more red flag to talk about: the actual writing. In short, humanity fled Earth. We ruined Earth so badly that people got into spaceships to find a new planet to colonize. They find the planet Enoch and learn the hard way that it looks habitable. “Looks” undersells that a lot. An Anomaly sweeps through their initial landing spot, causing supernatural havoc. The anomaly catches your player, the Outrider, so their team puts them in a coma. Decades later, the Outrider wakes up, thanks to a scouting team. Now that the Outrider is back, and powered up, they need to help humanity find a mysterious signal associated with the Anomaly.

To be fair, everything does not need to make sense during the first few hours of a game. That is why we play a video game. However, what we learn needs better pacing. Players idle for at least a half-hour to an hour setting up characters. These events lead up to getting your powers, so the cornerstone gameplay feature is absent for the opening sequence. It feels less like a strong introduction to Enoch and more of a missed opportunity. So if this opening represents even Outriders’ general writing quality, then it will not be the main selling point for the game.

Regardless of concerns, the Outriders demo is worth checking out. Square Enix took the right lessons from the Avengers beta and went further. Every platform gets the demo, no deadline to play it by, and the only string attached is to have a Square Enix account. Technical bugs will pop up, but that is okay for a demo. Outriders plays as a fun mashup of Destiny and The Division 2, but narrative concerns still linger. Regardless of whether narrative can make or break a game for you, a free demo, especially this one, is worth trying out.