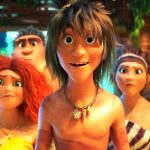 You are reading
Croods: A New Age Continues To Dominate Box Office

This past weekend, The Croods: A New Age took over the top spot again. The lack of new movies has really given this animated movie more time in the theaters. Marvel needs to release Black Widow to save the domestic box office.

The Croods: A New Age grossed an estimated $1.7 million this weekend. This film now sits at $50.8 million domestically. Given that New York is going to be opening theaters soon, this movie will not be on top for long. The Little Things was able to gross an estimated $1.2 million. This film along with Judas and the Black Messiah were both released on HBO Max. As you can see below, both of those movies made it into the top three.

The independent film Nomandland released in a little over 1,000 theaters. It was able to gross $503,000 in its first weekend. The director of this movie Chloe Zhao will be going on the make a Sci-fi Western Dracula movie. That will be a movie that fits into the Universals Monster movie world. It should be interesting to see what she gets out of the iconic character.

Later this week, animation fans will have something to watch. Tom and Jerry will be coming to theaters and HBO Max on February 26th. That movie should easily take over The Croods: A New Age this week.

With the end of the month approaching, we have some great movies coming to us in March. Coming 2 America will be landing on Amazon Prime on March 5th. Justice League and Godzilla vs Kong will be on HBO Max next month as well. This is usually the slowest time for movies.

Now that the area I live in can have open movie theaters, expect those box office numbers to start a slow incline. We may see those billion-dollar numbers in the next few years.