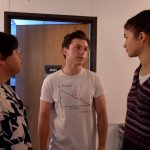 You are reading
Final Title Revealed for 3rd Spider-Man Movie

After waiting for some time, fans finally have the name for the third Spider-Man movie. Yesterday, we had three different names that were “leaked”. It turned out none of them were correct.

The next film in the MCU series is called Spider-Man: No Way Home. As you can see from the video below the new title has finally been released. It was not through the cast which yesterday gave us three other titles. Home Wrecker, Home Slice, and Phone Home were the three titles that had been given.

This, we can confirm. #SpiderManNoWayHome only in movie theaters this Christmas. pic.twitter.com/kCeI8Vgkdm

While we don’t have a full synopsis of what’s happening during this film. We have plenty of rumors running around with this movie. After the events of the second movie, we should be seeing our hero on the run as his secret identity was revealed by the villain Mysterio. Look for Spider-Man: No Way Home to be released this winter on December 17th, 2021.

One other thing that was released is three images from the upcoming movie. You can see Tom Holland, Zendaya, and Jacob Batalon. Each image has the cast looking for something. Take a look at the gallery below to see those images. 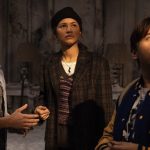 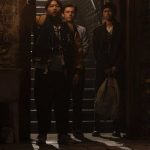 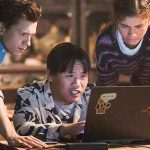 With Phase 4 clearly fully on the run, this movie should deal with some of the events from WandaVision. That show clearly started off a little slow. Now with two episodes left this show has just changed how things will be going on for certain characters in the MCU. It will be great to see if some of these rumors that are hitting Spider-Man: No Way Home due happen. Will we get some sort of cross-over-style event with multiple Spider-Man characters? We should see a trailer in the next couple of months.

Don’t forget to bookmark Lordsofgaming.net to get all of your gaming and entertainment news. We have a new interview with Jason Ronald, the Director of Program Management Team.