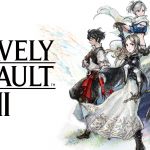 You are reading
Bravely Default II: 10 Beginner Tips You Need To Know

Bravely Default II is the latest hotness from the ever-trending Nintendo Switch console. Since it is the series’ first entry on the Switch, many are diving into it for the first time. Here are your need-to-know tips when playing Bravely Default II.

Take the time to think about what roles you want your characters to be. Bravely Default II gives you a lot of freedom to choose, so be sure to experiment what Jobs work well with others. A character’s intended Main Job and Sub-Job should compliment each other to get the most of out them. Making a character’s Main Job a White Mage and their Sub-Job a Vanguard is not all that efficient considering the vastly different weapons both Jobs wield. Rather, having a White Mage main equipped with a Black Mage Sub can be an extremely useful combination since both have a high magic potency. In other words, figure out Job combinations that will only benefit a character’s Main as opposed to making it weaker.

Using the Freelancer’s “Examine” ability during battles provides a clear picture of what your enemy is weak to. The icons under their name will tell you what weapons or spells to use to deal the most damage and/or a chance for a critical hit. Pay extra attention to this because they do make a difference in a boss fight being more challenging than it already is. Taking advantage of weaknesses can also just making level grinding sessions go by faster. 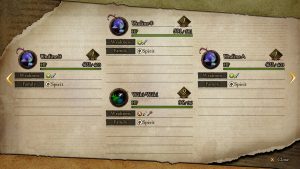 There will be times where you do not have the right weapon equipped, and that is okay. Most enemies have elemental weaknesses, which leads us to our next tip.

ALWAYS Have A Magic-Based Damage Dealer

Whether it is a character’s Main or Sub-Job, always be sure to have a magic-based damage dealer. In this case, a Black Mage will be forever useful considering the strength of their spells and how often an enemy is weak to elemental spells. Consider having at least two offensive magic users just in case one gets KO’d or stuck in a bind. Despite the freedom to mix and match Jobs, Bravely Default II makes it crystal clear early on that magic is extremely important to battles.

If You See A Wiki-Wiki, Use Magic 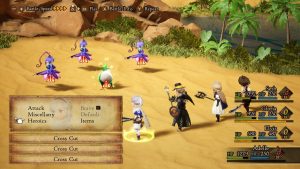 A Wiki-Wiki is a rare green bird-type enemy found early in Bravely Default II. It has a high evasion rate, speed (allowing it take more turns faster), defense, and is basically resistant to physical attacks. But if you end up defeating it, you can snag a lot of Job Points. At a measly 96 health, it is almost a slap in the face when it runs away! But there is an easy solution: kill it with fire. Whoever is the strongest Black Mage in your party, give them the weapon with the strongest Magic Attack output. As soon as you see a Wiki-Wiki, use all of your Brave Points on your Black Mage to cast your strongest Fire spell. Fira can deal around 25 – 28 damage each, making the Wiki-Wiki sure as dead in those four attacking turns.

Yes, You Will Be Grinding

Bravely Default II is a true-to-course JRPG. It contains a heavily-focused story, turn-based combat, and, you guessed it, level grinding. But in this game, you are not just looking to increase the characters’ stat points, but level up their Jobs as well. The more levels a Job gains, the more abilities become available to you. Not only will your party be more well-rounded, but multifaceted as well. A Monk being able to cast healing spells or a White Mage that can also give buffs to the party brings a lot more variety and fun to the gameplay. So, do not think of grinding in this game as, “I need to get stronger.” Instead, focus on the fact that leveling up Jobs gives you more options for unique battle strategies and party combinations.

Bravely Default II does contain a fast-forwarding feature seen in other recent JRPGs, so your dedicated hours of leveling will be reduced significantly. Just remember to save your game every now and then to not waste precious time.

The Freelancer Job is the default class for every character added to your party. It is a good first class to start out in with its moderate damage and convenient abilities. Freelancer is the Job you want to hit the max level with (Level 12) early in the game due to its passive abilities: JP Up and JP Up and Up. When either are equipped, they allow a character to earn, respectively, 1.2 and 1.5 times more Job Points (JP) than the usual amount. When both are equipped at the same time, the multiple is increased to 1.7. Max out Freelancer early in the game so that JP grinding for other classes will not take as long. 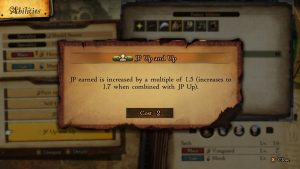 Do Not Hoard Your Items

Your Phoenix Downs, Potions, Tents, and all – use them. With all of the grinding you will be doing, you will have more than enough money to rebuy what you used. Especially Tents, which fully recover health and magic when used. The game’s sidequests are generous in the rewards they offer as well, so be sure to catch up on those.

Sail The High Seas In Sleep

A asynchronous online feature regularly seen in the Bravely series makes a return: obtaining rare items while the console is in sleep mode. In the very beginning hours of Bravely Default II, follow the questline that involves saving an old woman. She will then give you a boat as a thank you gift. With this boat, you can carry out sea expeditions that will give you much-needed prizes, like items that give you Job points or Experience points. However, the boat’s sea-faring journey only activates when the console is in sleep mode. The longer your Switch is asleep, the more prizes you will earn! So before you head to bed, send your boat on an expedition so that by the time you wake up, you will have useful items to collect. 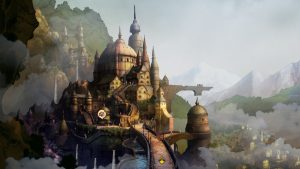 “Cut the grass?” I know… While an odd tip to give, heed the advice. Slashing at tall blades of grass or plants in the explorable areas can net you some great rewards. From handy curative items to expensive weapon drops, you will always find something useful to enhance or help your characters during battles. So, cut the grass.

I get it – there are too many great games to play. Maybe you have a nagging backlog. Or perhaps, you have a lot less time to game. Whatever your situation is, take your time playing Bravely Default II. JRPGs are quirky and remarkable gaming experiences you will not find anywhere else. They are made with the intent to be played over a long period of time with its slower-paced storytelling and evolving mechanics. So, soak it in and enjoy the ride. Allow yourself to become invested in the game’s world, music, characters, story, and, ultimately, remember to have fun.