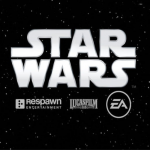 You are reading
Respawn To Reveal Star Wars: Jedi Fallen Order This Week

For fans of Star Wars games, your wait for the next game is almost here. Respawn is scheduled to discuss what they have been working on for the upcoming title Star Wars: Jedi Fallen Order. The reveal will take place on Saturday, April 13th. It will be live-streamed to the official Star Wars YouTube channel.

The upcoming title was teased the last E3 with a short interview with Respawn Entertainment CEO Vince Zampella. While not a lot of information has been given out, it is rumored that the game will focus on a single-player element. It is also believed that the timeline will focus between Episode 3 and 4.