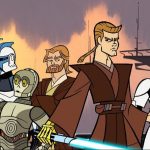 Disney+ has taken the streaming world by storm. The service has released brilliant new content since its launch. The Mandalorian, WandaVision, and Falcon and the Winter Soldier have all gained critical fame not to mention Loki looming on the horizon. Disney+ has now brought vintage nostalgia to its Star Wars collection.

The streaming platform added a vintage collection of titles in addition to its Star Wars media. Titles added such as the Ewoks (1985) show were previously only available on VHS. The animated The Story of the Faithful Wookie (1978) was part of the infamous Star Wars: Holiday Special (1978) with the former granting audiences their first look at Boba Fett before his live-action appearance in The Empire Strikes Back. Disney has already stated they have no plans to bring the entire special to the platform, so fans will have to relinquish their hopes on its reappearance.

However, the show still utilized elements from its predecessor such as General Grievous, Asajj Ventress, and many more. Lastly, the live-action Ewok movies are also included. Caravan of Courage: an Ewok Adventure and Ewoks: the Battle for Endor were previously VHS only. Disney+ will add Star Wars: Droids (1986) at a later date. 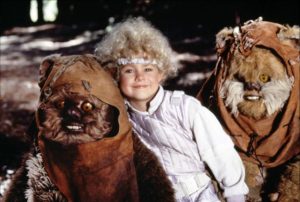 The Star Wars Vintage collection brings ample nostalgia for fans. I myself never experienced these titles until now. Also, the platform continues to add content for every kind of viewer. Disney has already proved to be a brand with extensive reach to consumers. These entertainment titans continue to blaze a path of success despite the setbacks its theme park revenue received last year due to the global pandemic.

Which vintage title are you most excited to watch? Let us know in the comments down below, and “May the force be with you.”