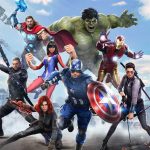 You are reading
Marvel’s Avengers, Borderlands 3 Heading To PS Now

On Monday, PlayStation announced the next round of games heading to PS Now for April. One of those games is Square Enix’s behemoth Marvel’s Avengers video game.

Starting April 6, players will be able to pick up and play Marvel’s Avengers, Borderlands 3, and The Long Dark. The newly-added titles to the subscription service will kick off the month of April. PlayStation did list how long the games will be on the service. Take a look below to see more on the titles and how long they will be on PS Now.

With reports of a decline in players and the negative press the game keeps being surrounded in, perhaps being added to PS Now will help boost the game’s reputation. Along with its next-gen update, Square Enix released their second DLC update featuring Hawkeye in March. They also released a 2021 roadmap that included Black Panther and a Wakanda expansion.

Marvel’s Avengers is available on PS Now until July 5, 2021. Check out our review here.

The wildly outrageous looter shooter Borderlands 3 is also heading to PS Now in April. This first-person shooter RPG includes multiplayer, whether online or split-screen co-op. At LordsofGaming.net, we said, “The godfather of looter shooters that caused so many to fall in love with this concept has returned. You’ll have a blast playing it with your friends or without them.” Find out more in our review for the main game and its Bounty of Blood DLC.

Lastly, The Long Dark is a solo experience featuring survival mechanics. In the game, players will “explore an expansive frozen wilderness in the aftermath of a geomagnetic disaster. There are no zombies — only you, the cold, and all the threats Mother Nature can muster.” The game released in 2017 to generally favorable reviews. No expiration date was given for The Long Dark.

Will you be checking out any of these games on PS Now? Let us know below.