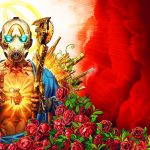 You are reading
Borderlands 3 Review On Xbox One

The Borderlands franchise has been around for as long as I can remember. My friends all used to nerd out to these games for months while I was quietly at my house on my 14th playthrough of Final Fantasy 7. However, after much convincing, they brought me into the fold with the original Borderlands. The humor and gameplay were like nothing that I had played up to that point. In the five years since Borderlands: The Pre-Sequel, my excitement for more to come in the franchise has only grown.

The less said about Gearbox’s last game, Battleborn, the better. In early 2019, Gearbox Software finally announced Borderlands 3. The hype was so high that people were already ready to deem it a game of the year contender. So did Gearbox make a GOTY contender or is it just an outdated loot shooter? The Borderlands 3 review was done on an Xbox One S, and it took around 30 hours to finish the entire game. 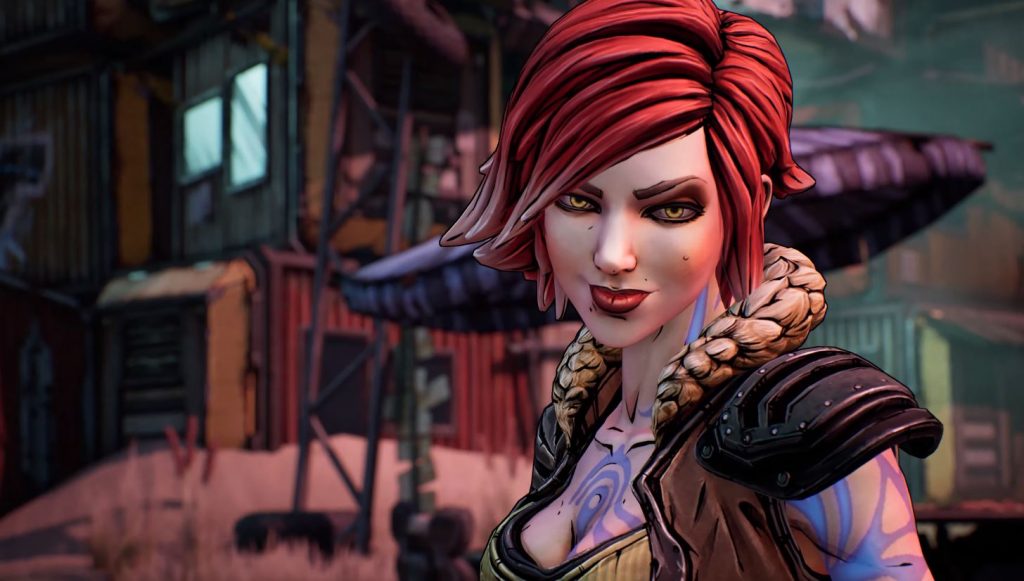 Gearbox has not evolved at all in how it tells a narrative. They continue to rely on an average story that is completely saved by humor. Claptrap in particular can, at just about any moment, have you rolling in disbelief at what comes out of his mouth. The game does a good job focusing on new characters while still including the older franchise favorites in a good way in the story. This does kinda take away the spotlight from the main character. The story never really made the main character feel like Pandora couldn’t be saved without him or her. It feels like the protagonist is just part of the plan and is incidental to the actual achievement of the narrative. A lot of games don’t go this direction, they want the player to feel like the center of the universe. This isn’t bad, just different.

The main antagonist of the game is the Calypso Twins. They have taken over and united all the bandits to their cause. They use social media to influence their followers and keep them in line. For example, they will publicly display accusations and have their fans play crazy games like who can murder the most people to show loyalty to them.

Handsome Jack from Borderlands 2 was a better antagonist than the Calypso Twins. The reason for this is Jack just had more charisma than the Twins. he had that extra coat of story development that made him a more likable character. When he talked, you listened, and it was a highlight of the game. On Twitter, I have seen a lot of people claiming that since the Twins are not as good as Jack they are not good for the game as a whole. Someone can be not as good as a previous villain but still be a positive asset to the game. The Calypso Twins are cocky and every time they came on the screen I wanted to catch up to them more and more. They did their job as the bad guy by annoying the hell out of me and making me hate them.

Overall the story was decent.  The story keeps Borderlands at the roots, which are the values and they introduce compelling new characters that have some return value. It really makes you want to explore these new worlds when you are able to finally leave the crazy lands of Pandora. 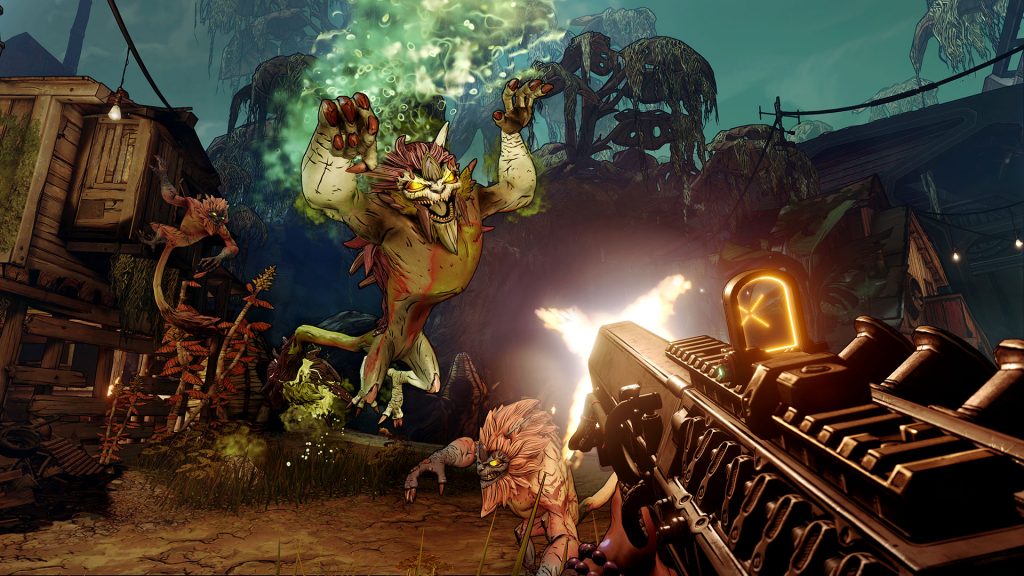 The performance during the Borderlands 3 review was not the greatest. I had countless audio glitches and fell through the map a few times. There were connection issues where I had to rejoin a few times before it joined correctly. The game has a lot of texture pop-in, especially in the massive open area. The frame rate is way more stable when playing in single player. However, this game has some serious issues if you try and get some of your friends to join. I only played this game a few hours in co-op, but it is a wreck with more people. Every issue I experienced with this game was during the coop experience.

The driving in this game is not the greatest by any means. It’s Halo-style driving with both analog sticks. I was not a fan of this design choice coming in and this did nothing to convince me.  Everything you drive feels like a tank. Despite the game saying I’m going 60 mph, it never feels like you’re going that fast. I know the game is focused on the gunplay, but by including driving, they should have at least taken steps to make it feel good. That being said, when the game is not looking like a Powerpoint from bad performance, it is the fast pace loot shooter that we wanted and we get exactly that. 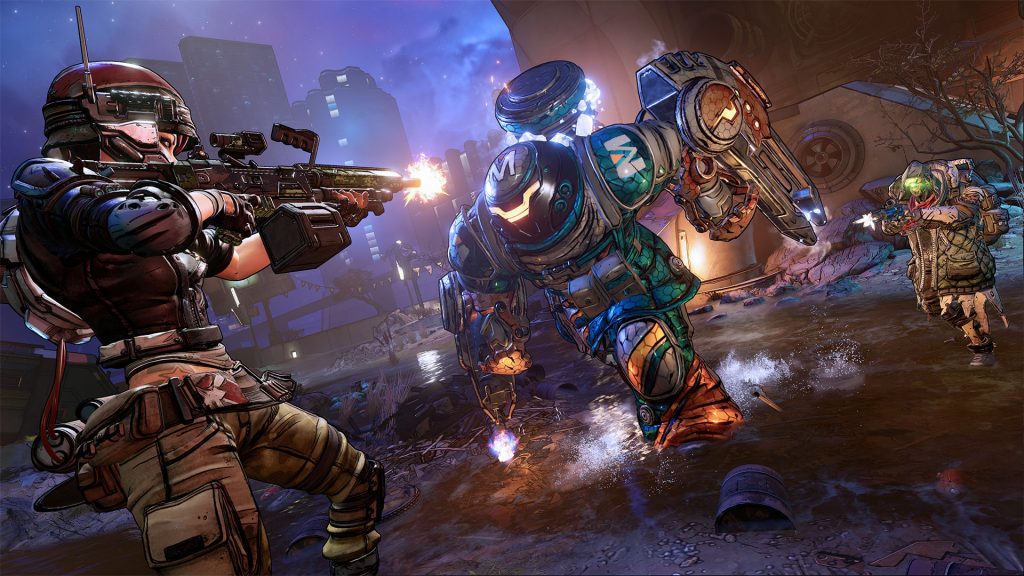 No Borderlands 3 review would be complete without talking about the gameplay. It is pretty much what you expect if you played any of the previous games. They have not really changed a whole lot in terms of the core gameplay of the game. The game features exceptional quick-paced first-person gun combat, and the loot is really the thing to love. Some of the best guns in gaming history have come from Borderlands, and the tradition continues. The lack of new mechanics, I honestly don’t think is too big of an issue.

Most games that have a few sequels have not changed major aspects from the past entries. When the developer does decide to change something serious regarding the gameplay, the fan base often times lashes out at the changes. Gearbox clearly did not want to take that chance and kept the game close to its core, which is what Borderlands fans love. Not everything has to be as drastic a change as what Sony did with God Of War.

At the end of the day, this game is all about the loot, which drops much more often than in previous games. Specifically, the legendary loot feels very impressive and comes fast and furious.  All the legendaries have unique traits, and they feel akin to exotics in Destiny.  All the guns feel good and none feel like merely a reskin of a gun that you have used before. The guns were clearly a focus during development. Nothing feels better than shooting a sun at people, and you only really get this type of feeling with Borderlands.

With all the loot that is a given in this game, Gearbox clearly wants this to be a game played with friends. They even have an option that lets you pick from sharing loot in the world with your friends or giving everyone different drops. This was a wonderful addition since when you pick something up that is not necessarily for you, you can easily drop it back into the world for one of your fellow vault hunters. 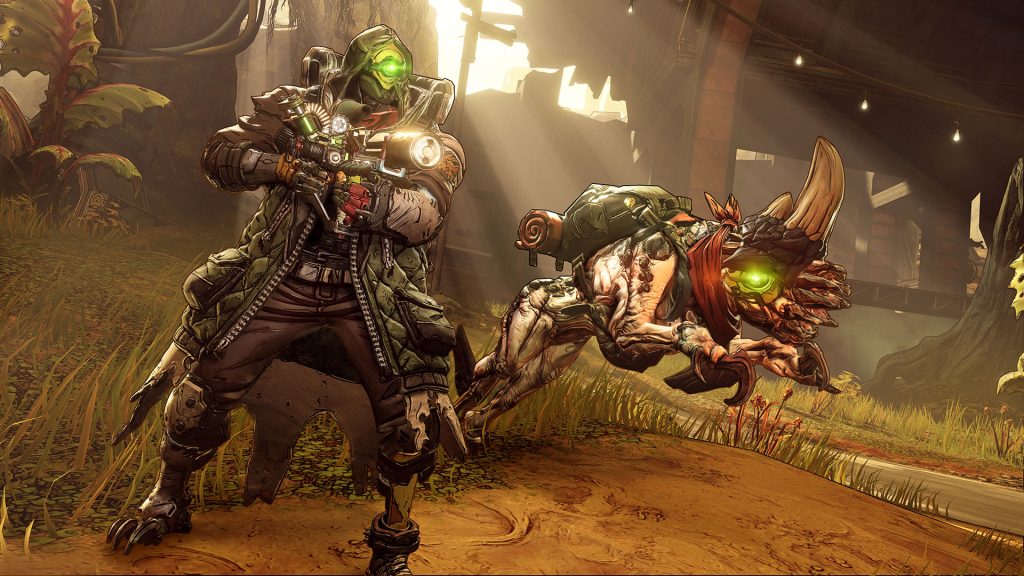 Visually, the game has that cartoon-look that all the Borderlands have had in the past. I don’t think the jump in visual quality from Borderlands 2 to Borderlands 3 is huge by any means. This is a slight issue since you always expect sequels to look better, but the art style makes clear improvements difficult to pinpoint. I never thought the game looked terrible, just not vastly improved from the earlier games.

The audio is well done for the most part. All the game world music sounds amazing and fits the environment that the music is playing in. The guns are another well-done sound aspect in this game. They are so many different guns yet I never had a moment where I thought any gun sounded distictly like another one. 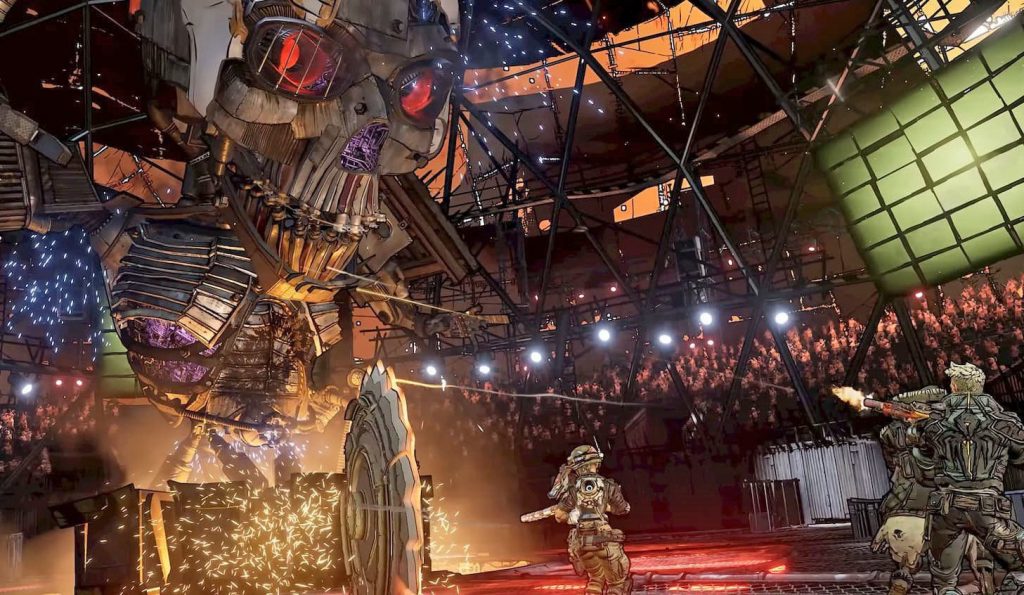 Borderlands 3 was a blast to review and will be a blast to play with your friends. The godfather of looter shooters that caused so many to fall in love with this concept has returned. Should you drop games like Destiny and Division for this game? I would say this is the perfect game to do it for. Unlike its competition, this game not built around being selfish with your time. You can easily pick this up and play until you got your money’s worth, then get back on Destiny 2 before their next DLC drops. I think this game is worth every penny you put into it. You’ll have a blast playing it with your friends or without them.

Borderlands 3 is currently out for the Xbox One, PS4 and the Epic Store on PC.