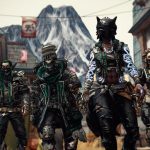 You are reading
Borderlands 3: Bounty of Blood DLC Review

Borderlands is the kind of series where you’ll visit completely urban worlds like Prometheus one day while exploring Lovecraftian planets such as Xylourgos the next. Thanks to the third DLC for Borderlands 3, Bounty of Blood: A Fistful of Redemption, you can now visit old-western-like planets for good ol’ fashioned revenge. This is the game’s third, traditional DLC package after the Handsome Jackpot and Guns, Love, and Tentacles Of course, there’s a slew of new guns on the way, including some insanely broken ones (for now) and old classics.

Writer’s Notes: Early but important spoilers for the DLC, and FL4K was the only Vault Hunter used.

Bounty of Blood Uses Old Ideas to Tell Us About Payback

Bounty of Blood takes place on the Western-esque world of Gehenna, a former Jakobs corporation site. The Devil Riders gang runs rampant, attacking small towns like Vestige over and over again. The Vault Hunters arrive right before the Devil Riders attack again, steal the town square’s mysterious orb, and kill the sheriff. Before the sheriff dies, he names a reformed Devil Rider, Juno, the new sheriff. She enlists the Vault Hunter’s aid to avenge the sheriff while other townsfolk, like Titus, don’t trust her due to her past.

The real star of this story is the narrator, played by Brandon Potter. Potter voices the narrator like a veteran cowboy, chronicling the Vault Hunter’s story with healthy amounts of humor. Sometimes, this humor comes from timely remarks on the world, other times from smashing down the fourth wall. While the narrator isn’t side-splittingly funny, he doesn’t need to be. His humor is some of Borderlands 3’s better humor because it’s not overdone.

As much as the narrator adds to the experience, Bounty of Blood’s actual story is just good at best. On one hand, this is a simple story about Vestige’s leaders putting aside their differences for the common good. Further, this story continues to build the Borderlands universe while tying back to major figures in the series. However, it goes too far back when it follows past Borderlands stories too closely for its own good. Some plot points are so similar that they make the player want to re-experience those old stories instead of play this new one. In terms of just telling a good story, Bounty of Blood does well; in terms of telling a new story within the Borderlands universe, it doesn’t quite hit the mark. 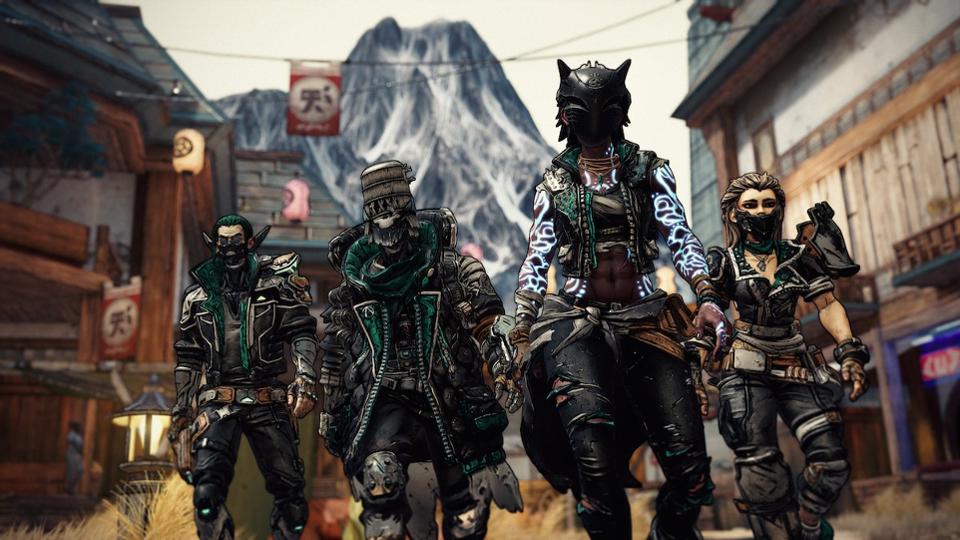 Guns are always a huge part of Borderlands; Bounty of Blood is no different. There are 21 new Legendary Weapons, one returning fan favorite. Even though every weapon isn’t a home run, some guns are mercy-ruled routs smushed into a weapon. For example, the Flipper is a Maliwan SMG that shoots nine projectiles for every bullet spent. Each projectile has to do the base damage for a single bullet because this gun literally melts bosses. According to other sources, the Complex Root is apparently worse, but the point still stands: Bounty of Blood’s new toys are insane. Sure, there’s an argument these weapons make Borderlands too easy, but Borderlands is better with crazier guns, not balanced guns. Further, groups of enemies still easily knock Vault Hunters down, so stronger weapons to punch groups back make more sense. These guns hit harder for the better.

Some Borderlands DLC’s have new or reskinned mechanics, and generally, they are hit or miss. Bounty of Blood hits softly with three that aren’t just random gimmicks but also aren’t transcendent. Throughout the campaign, you unlock natural jump pads, mind control plants, and electronic portals. None of these are bad per se, but the last one is the closest to a new idea for Borderlands. A slew of previous locations have jump pads, and FL4K has a late level perk for mind control. The portals don’t make a foundational leap, but they’re needed for some boss fights.

Artistically, There’s a Bit of Good and Bad Here

On one hand, the visual art style serves the Cowboy Western vibe. Grand Canyon-esque sights, small farms, and even mortar reticles make players buy into this Western Borderlands planet. Local fauna and creatures guarantee players won’t forget they’re still playing Borderlands, especially when most enemies are dinosaur-riding Cowfolk. What’s more, this is a rare location where the loading screen doesn’t use the traditional Borderlands font style. Instead, it opts for a fancier style that you’d more likely find on a resume or cover letter heading. On the other hand, the score sometimes takes players out of the game because they’re not sure if it’s playing correctly. While playing, I had to check multiple times to confirm the music was, in fact, on because of how absent it could be. There are a small handful of scenarios where you don’t want music in the DLC, but that was not the norm, so it’s more jarring than immersive.

Is this the greatest DLC in Borderlands history? No, that title is still held by Tiny Tina’s Assault on Dragon’s Keep. However, that doesn’t make Bounty of Blood a bad DLC. As a matter of fact, its weapons and boss fights make this quite a fun DLC. You can take the story for what it is, or leave it in favor of the previous times the series told it better, but that won’t diminish the total product. Even if some notable issues keep it from being Borderlands 3’s best DLC, this is still worth playing through.