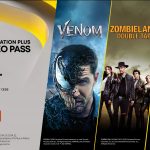 Originally leaked on Sony’s official website, the company announced they are testing a “PlayStation Plus Video Pass” for their consumers. Unfortunately, only Poland PlayStation users will be able to access the test trial.

What is PlayStation Plus Video Pass?

According to Sony, PlayStation Plus Video Pass is their new service for PS4 and PS5 users. Those with either console and a PS Plus subscription in Poland will be able to access over 20 movie and television shows. More content is scheduled to be added every three months.

SIE’s global services VP Nick Maguire told Spider’s Web the test will run for a year as they monitor the popularity of the service. As for why the focus on Poland, Maguire says it is due to the large player base in the region “who stand out due to their commitment and activity in the network and social media.” 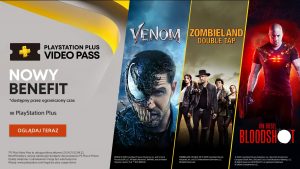 “We want to see how players will benefit from such a service. What titles do they watch, what do they care about, how often do they use them. At this stage, however, I cannot say whether it will be created and what the test process will look like for other markets, as well as what the future is for PlayStation Plus Video Pass after the test period,” he explains. “We are currently focusing only on the Polish market, on Polish players and what will be their reaction to the additional benefit under the PS Plus program.”

An Answer to Xbox’s Game Pass?

Some may be asking, “Is this Sony’s answer to Xbox’s Game Pass?” While nothing is concrete, it seems unlikely. According to PlayStation head Jim Ryan, the company has been “quietly investing” in PS5 exclusives, staying true to their agenda of high quality titles only playable on PlayStation.

In that sense, the Video Pass is more of a convenient benefit to Plus members. It is also an answer to Sony’s once-questionable decision to discontinue movie and TV purchases and rentals in March.

Are you hoping the new service officially launches worldwide? Let us know in the comments below.