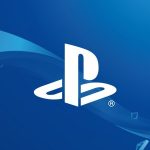 You are reading
Is PlayStation’s “Doom and Gloom” Warranted?

The first handful of months of 2021 have certainly been inconsistent in terms of PlayStation’s messaging. Since the launch of the PS5, the company has been constantly finding itself in the negative spotlight. All of its bad eggs have been thrown into one basket, one at a time. The recent chatter of the brand’s “doom and gloom” is, no doubt, hyperbolic. However, is there any validation to the overreaction across social media?

On Friday, video game reporter Jason Schreier released a report focusing on Sony’s “obsession” with Blockbuster juggernauts and its apparent negative impact internally. In the report, Schreier writes Sony’s Visual Arts Service Group (VASG) was working on a remake of 2013’s The Last of Us for PS5. Sony then moved the remake project over to Naughty Dog. Due to the reported lack of support and acknowledgment from Sony, many members of the VASG group left. VASG’s secret project, code-named T1X, was allegedly not getting the budget the team needed to hire more workers. This ultimately left the secret studio feeling even more discouraged. According to the report, the decline in studio morale is leading to a high turnover rate within VASG.

In addition, Bend Studio, the makers of Days Gone, pitched the sequel to Days Gone, but was turned down. Instead, one team was assigned to help Naughty Dog with a multiplayer game. A second team from Bend was assigned to work on a new Uncharted game under Naughty Dog’s supervision. With fears of being absorbed into Naughty Dog, Bend voiced their concerns and was allowed to branch off and work on a new franchise of their own.

A key takeaway from all of this is Sony is aggressively chasing after more ways to expand on existing franchises. With context from the recently released article, Sony is going for the all-too-obvious predictable success rather than the exciting potential success of new IP and ideas that we are so familiar with. 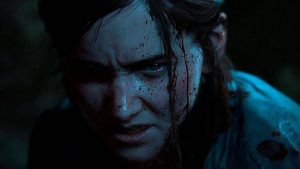 On top of this latest news, a rush of developers recently left Sony after the announcement of Japan Studio’s recent restructure. Then shortly after this, Sony quietly confirms the shut down of the PSN store for PS3, PSP, and PS Vita after rumors began to spread ahead of the official announcement. The news left a number of Vita game developers in shock and awe as they were not made aware until the news broke officially. This leads developers to either endure a race to the finish line development crunch or to reluctantly cancel their game.

While many will worry on Sony’s commitment to a diverse portfolio of games, fear not. PlayStation has shown commitment to releasing a vast array of games, big and small. In their PlayStation State of Play showcases, they highlight indie titles like Kena: Bridge of Spirits, Sifu, The Pathless, and more. In March, they highlighted seven more upcoming indies on their blog post, like Chicory: A Colorful Tale. The full list breaks down indies not only coming to PS4 and PS5, but PS VR as well. In April, 2021’s Oddworld: Soulstorm was offered in the monthly PS Plus lineup. The first-person survival indie game The Long Dark was just added to the PS Now service. So while PlayStation has yet to add Hades to their lineup, their support for indie games is visible.

Per Schreier’s article, Sony is 100 percent committed to releasing best-selling AAA games that live up to the behemoth reputation built over its lifetime. Most notably, during the PS4 reign. This includes Housemarque’s new IP Returnal, a third-person AAA sci-fi shooter that is releasing this month. The conversation, to them, whether a remake of The Last of Us is “needed” is irrelevant. The next Uncharted is going to sell. The next The Last of Us is going to sell. PS5 gamers are going to have a wealth of games to experience over the coming years. While social media may be driving a strong “doom and gloom” energy it is more hyperbole than anything else.

However, there is a grave issue to discuss. It is one Schreier was highlighting and one that was been on my mind for some time – Sony’s shaky relationship with external and internal developers. While this a case-by-case basis that has one too many variables to consider, it is becoming crystal clear the heads at Sony are leading into a new mindset going into the PS5 generation. It seems they are putting all of their effort into the multi-million dollar sellers but to the detriment of their reputation of being a fully inviting ecosystem. With the recent cases of shutdowns and their fixation on AAA production of established franchises, we have to ask where their ambition lies. 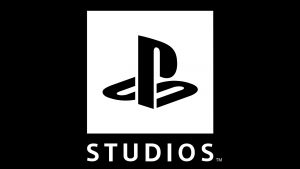 What is PlayStation going to look like in five years if they continue this trend? Will PlayStation give a young studio the chance to grow and become their next Naughty Dog? In the public eye, their competition is not making these mistakes, seemingly not shying away from creative risks. Those same creative risks are what got PlayStation to where it is along with the passion to bring varied experiences. On top of all of this, where is the trust and rapport for their internal developers? Sony’s treatment of Bend Studio, along with Japan Studio, seems almost unreal. Great games are made by developers allowed to flex their creative muscle. So moving teams around, making them do projects they do not want to do, not acknowledging and supporting the unsung heroes – all can be detrimental long term.

Sony has an active and everlasting human duty to do right by game developers making games exclusively for their platform. Without a little mindset restructuring of their own, perhaps their “doom and gloom” may be more of a foresight than a worrying narrative driven by social media hyperbole.