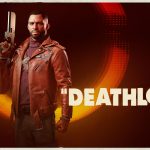 You are reading
PS5 Exclusive DEATHLOOP Sees Another Delay

On Thursday, game studio Arkane Lyon announced their next title DEATHLOOP has been delayed again.

In a video and written message on Twitter, Arkane says DEATHLOOP has been pushed back into the later half of the year. DEATHLOOP’s new release date is now September 14, 2021.

Game Director Dinga Bakaba and Art Director Sebastien Mitton explained the reason for the delay. After evaluation, the team wanted to give extra time for polish while considering the health and safety of their employees.

A full statement can be read below:

“We’ve made the decision to delay the launch of DEATHLOOP to September 14, 2021

We’re committed to quality and preserving our team’s ambitions for DEATHLOOP while ensuring the health and safety of everyone at Arkane. We’ll be using this extra time to accomplish our goal: create a fun, stylish, and mind-bending player experience.

We apologize for the extended wait and thank you for your passion and excitement. It is the fuel that powers our creativity and hard work. We can’t wait show you more DEATHLOOP soon!”

This is the game’s second major delay, as it was originally slated as a PS5 launch title. Visit the game’s official website here.