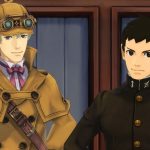 Ace Attorney fans, it is about time to get excited! Earlier this week, Capcom announced The Great Ace Attorney Chronicles. The 2-game collection features Ace Attorney titles that were previously only released in Japan.

A blog post written by Capcom details the various characters and the era of courtroom drama and hilarity that comes packed in every Ace Attorney game.

Ten novel adventures await you, taking place about a century before the events of the original Phoenix Wright: Ace Attorney. As Ryunosuke travels from his home in Japan to foreign soil in Europe, he’ll make his case in court and defend the innocence of his clients. A different region – and a different time period – means a brand new cast of weird and wonderful people that will stand with, and against, Ryunosuke on his many escapades as well. Seems like being a magnet for peculiar characters runs in the family.

To catch you up to speed, the AA series are graphic novels baked with investigating crime scenes, defending clients in seemingly unwinnable odds, and getting wrapped in a story full of twists and turns and loveable characters. A collection including the three original Phoenix Wright games is currently available to purchase. 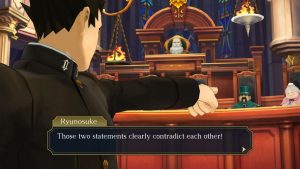 However, in The Great Ace Attorney Chronicles, courtroom gameplay has been revamped. Cases in Japan usually have a Defense and Prosecution argue in front of a judge. But since part of the games take place in England, players will have a new set of rules to follow. “Summation Examination” will have players persuade a jury by pointing out conflicting statements and presenting evidence to counter their claims.

As a series first, the new collection will introduce a “stress-free experience” for fans and newcomers called Story Mode. To put it bluntly, the game practically plays itself, serving something similar to watching a TV show. In the pack, players can look forward to viewing the in-game art gallery with commentary from the art director as well as English and Japanese audio, eight additional mini-episodes, two “Special Trial” videos, optional costumes, and more.