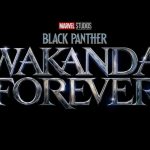 Marvel has done it again. Monday, they released a trailer that showed off some of the past movies. At the end of the trailer, some special moments were shown in upcoming films. We also have the name for the second Black Panther and Captain Marvel movies.

As you watch the trailer, fans are shown moments that brought us all together. These moments in the Marvel movies have been with us for ten years and running.

What was unexpected was some of the first views of the upcoming movie Eternals. We have had nothing in the form of trailers or any other promotional work for this movie as of yet.

One of the clips that were shown that actually is not that big of a surprise is a Fantastic 4 movie card. This film was announced some time ago. Adding that at the end really was not that exciting since we do not have a cast announcement yet. What is exciting to see was the title for the upcoming Black Panther sequel.

Black Panther: Wakanda Forever will be coming to theaters on July 8, 2022. Not much has been leaked about the story. The movie should have a respectful tone due to the passing of Chadwick Boseman. His character will not be recast at any point. 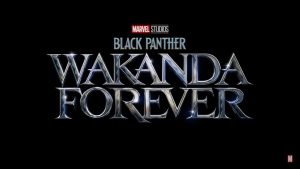 The Marvels will be coming to theaters on November 11, 2022. Here is a brief synopsis of the movie taken from Marvel.com.

You can see the full listing of 2021 Phase 4 movies here. The rest of the movies with release dates are mentioned below. These are not all of the movies that have been announced. We still do not have any news on Blade or Deadpool 3.

Let us know how you feel about the upcoming slate of Marvel movies. Just leave a comment down below in the comment section. Also, bookmark Lordsofgaming.net for all of your gaming news.

Facebook Twitter Google+ LinkedIn Pinterest Tumblr
Previous article Returnal: Beginner's Guide on How to Beat Phrike
Next article The Lord's Minute: Should Critics Finish a Game Before Reviewing it?