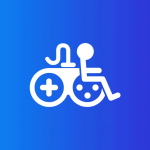 Video games are for everyone. It seems like such an incredibly simple statement, but still even in 2021 accessibility on many games feels like an afterthought. However, Xbox has taken many steps over the past few years to truly try to blend the “gaming is for everyone” mentality as part of the company’s culture.

With great innovations like the Xbox Adaptive controller and consistently looking for feedback from accessibility advocates, it has been a great step forward. A new program that has been issued to Xbox Insiders looks to bring user feedback about accessibility to the forefront. 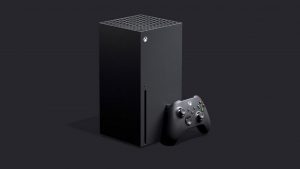 In a new announcement via Xbox Wire, a brand new program has begun rolling out to Xbox Insiders. The Xbox Accessibility Insider League (XAIL) gives developers, and Xbox engineers a more direct line of feedback with Xbox users.

The program focuses specifically on accessibility-based features and reporting them. It is part of the newly revamped Xbox Insider Program. Insiders will be able to search and try out new features such as Visual Audio Feedback for Minecraft on Windows 10. This feature will give players a visual translation of Minecraft’s audio via images to represent game sounds.

While these features are in their infancy, they will continue to improve thanks to feedback from users. This will inevitably increase the conversation between the audience and developers. 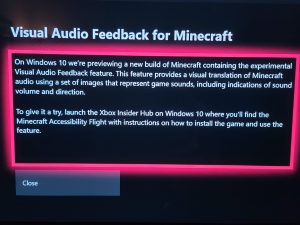 You can find out how to join the Xbox Insider Program here. Whether you use Windows 10 or an Xbox console, it is quick and easy to be part of the program. You are able to provide valuable feedback via surveys. You can also report issues that you find while playing games or using applications.