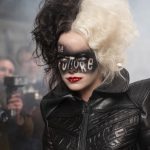 You are reading
Cruella is Set to Get a Sequel

It seems that the animated to live-action Disney movies will keep on coming. In fact, Disney’s latest creation, Cruella, will be getting a second movie in the near future.

Released last week on Disney+ and in theaters, Cruella has been doing very well for the studio. At the time of writing this, the film has grossed $32 million domestically and $16 million internationally. A worldwide take of $48.5 million for a character that should be hated is not a bad haul. Between this and Maleficient, Disney has found another way to make money from their classic villains.

Variety is reporting that screenwriter Tony McNamara and director Craig Gillespie will both be coming back for the second movie. Now this movie is in such an early stage of development that we don’t have any word on the cast. Emma Stone hasn’t even been confirmed to be returning as the title character at the moment. It would be strange to have a second movie without her. For those who have not been paying attention, the first movie is set during the 1970s in London long before Cruella goes on her infamous dalmation hunt.

Estella is a young and clever grifter who’s determined to make a name for herself in the fashion world. She soon meets a pair of thieves who appreciate her appetite for mischief, and together they build a life for themselves on the streets of London. However, when Estella befriends fashion legend Baroness von Hellman, she embraces her wicked side to become the raucous and revenge-bent Cruella.

Take a moment to bookmark Lordsofgaming.net. You’ll be getting all of your gaming news, guides, and opinion pieces each week. We also cover some movies and TV news.