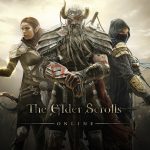 While we didn’t get any news on the upcoming Elder Scrolls 6. Fans will be able to enjoy the Elder Scrolls Online with some enchanting upgrades on the Xbox Series X/S.

Starting on June 15th players who own the Xbox Series X/S will be able to play Elder Scrolls Online with new visuals. Recently the game had some new content added to it with the Blackwood expansion. That new content brings players back into the world of Oblivion.

To see some of the changes that will be coming with these new enchantments take a look at the trailer below.

Take a second out of your busy day to leave us a comment. Tell us how we did during this year’s E3. Also, have you seen some of the upcoming games that were announced during the Xbox/Bethesda conference? Take a look at some of these incredible games.