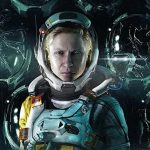 You are reading
Housemarque Has Officially Been Acquired By PlayStation

Housemarque has been quite the talk of the town these past few months. After the successful launch of Returnal, the studio’s third-person roguelike has received both critical and sales success. It has undoubtedly become one of the studio’s biggest games, and Returnal has been a highlight in PlayStations’ already impressive PS5 lineup. Now with today’s announcement, it looks like PlayStation will continue to be the home of Housemarques games.

Today I’m thrilled to welcome a new member to the PlayStation Studios family! I have been a fan of Housemarque since the studio’s early days when they introduced Super Stardust HD to PlayStation fans. Housemarque’s recent release of Returnal proves the studio is one with incredible vision, capable of creating memorable new games that resonate with our community. This addition enhances the creative force of PlayStation Studios, and I cannot wait to see what the future holds for Housemarque.\

Housemarque has a long history of making impressive arcade games in partnership with PlayStation. From Reshogun to Returnal Housemarque has proved that they are a flexible and creative studio that can make everything from AA all the way to AAA. This acquisition certainly isn’t that surprising given the long history between these companies. However, it is great to see that Housemarque will now be able to continue to make their brand of unique games with financial security from PlayStation. It will be interesting to see what the studio does next after the success of Returnal.