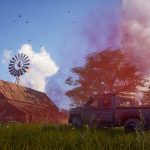 While many fans are excitedly awaiting more information about the upcoming State of Decay 3, there is still plenty of things to do in State of Decay 2. While Undead Labs is undoubtedly hard at work on the next installment of the franchise. The studio still is doing plenty of work improving, and updating State of Decay 2 in the meantime. With Update 25 launching today, which introduced the new Plague Territories mechanic, as well as plenty of quality of life improvements.

The biggest change that comes with State of Decay 2 Update 25 is the introduction of Plague Territories. While Plague Hearts can offer a significant challenge to many players, there is more risk being added to the equation. Now Plague Hearts will project an AOE territory effect, which means you will not be able to take over outposts which means players will have to defeat the Plague Heart first. However, to balance this new risk with a good reward, players will be able to upgrade resource outposts going forward. This means that by spending influence players will be able to gain more resources from these outposts, as well as train unique skills.

Another change that players will notice when loading up State of Decay 2, is that each map now has a new landmark outpost. Each of these landmark outposts will offer players one of three powerful benefits for their community. People who focus on a more tactical approach to their community can rejoice as main and sidearm slots have been added. What this means is that player characters will be able to equip two ranged weapons such as a rifle paired with a handgun. This will increase player inventory flexibility as well as requiring less time fiddling with your inventory during intense moments.

While we have covered some of the biggest changes that come with Update 25, there is also a wide variety of quality-of-life improvements that come with the patch. You can find the full list of changes and adjustments on the official State of Decay site here.

Will you be jumping into State of Decay 2 with Update 25? Let us know in the comments and don’t forget to check back for the latest gaming news and information.