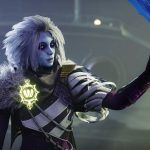 You are reading
Earn EDZ Patrol XP Fast in Destiny 2

The new Destiny 2 season is here. One of the constant things that have been throughout multiple seasons is weekly challenges. Some of them require some work to unlock that XP. During the first week, players have a pretty easy one to unlock. EDZ Patrol can get you some extra XP in no time.

Earning XP during the week is one of the easiest ways to unlock more in your Seasonal Rank, Power Bonus, and Artifact Unlock. This week, the EDZ Patrol has players grinding to unlock that XP. Players need to complete bounties, patrols, public events, and Lost Sectors. Luckily, you can just throw out those other four methods and stick with the Lost Sectors. In fact, I used this trick last season to unlock the Prismatic Lens called Shock Trooper.

The first thing that you need to do is travel to the Trostland in the EDZ. Go to the church that sits in the center of town. Devrim Kay is up at the top of the building. Ignore him and go down to the Atrium Lost Sector. If you want to collect on some bounties while you do this go talk to him.

Atrium is the first Lost Sector that you will play in the game. It’s also one of the easiest to grind for challenges. As you can see in the video below this Lost Sector is easy. EDZ Patrol will increase 10% each time you complete Atrium. It should take you less than an hour to unlock this.

While you’re in the EDZ you will also be able to complete the Mid-Range Calibration challenge as well. That one requires players to calibrate weapons like hand cannons, auto rifles, machine guns, and fusion rifles. If you’re just returning to Destiny 2 you will notice some new features. Cross-Play is one of those new features that brings all the players together. Also, the Witch Queen Expansion unveiling just took place as well. Take a moment to bookmark Lordsofgaming.net to get all those gaming and entertainment articles you need.