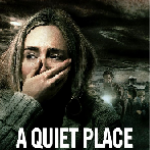 A Quiet Place video game will be arriving in 2022, published by Saber Interactive and developed by two studios working in tandem. The first, EP1T0ME studios, is best known for ports and technical services for major studios like Ubisoft and Square Enix. The second, Illogicka, has thus far produced several comic books by folks with experience writing for Jurassic Park and Chronicles of Riddick games. It appears this is both studios’ first truly big swing at a big game they create from the ground up.

So how can a Quiet Place game live up to the A Quiet Place name? The first film is a post-apocalyptic sci-fi horror movie about aliens that hear everything and a family that cannot speak a word – else risk being killed – and the audience truly feels that tension.

In addition to wonderfully terrifying sound design, A Quiet Place was praised for its inclusion of a deaf character (and deaf actor), Regan, and for using American Sign Language as the thing that inadvertently prepared the family to survive.

The Kid’s The Thing 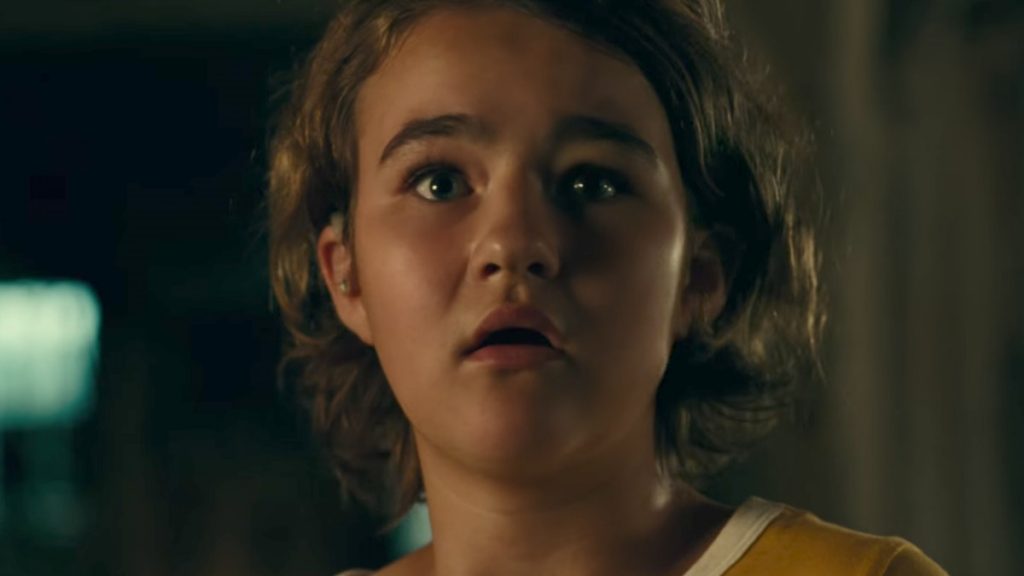 Go with her if you want to live.

The film was wonderfully insightful and matter-of-fact about deafness as a character trait. Regan was not perfect, but also was not treated as a person with a disability. She was a regular person who could not hear, and like all survivors throughout history, adapted. It just so happened this thing that was a part of her life became a tremendous advantage given the current particularly auricularly sensitive circumstances.

Deafness informed (but did not define) the stories of both A Quiet Place movies. Excluding this element from a game based on the film franchise would be fumbling of the franchise’s soul.

Everything Old is New Again

The burgeoning Quiet Place franchise is seeing a world plunged into silence from the perspective of folks used to it and therefore better prepared than just about anyone. Any game based on this world seems painfully derivative without integrating these elements.

The amazing success of the A Quiet Place movies makes it clear audiences are hungry for more adventures in this universe, and iLLOGIKA is creating their own truly engaging experience that lives up to the name of this beloved property.

Engagement requires the integration of these elements. It presents an outstanding opportunity to educate and entertain simultaneously by making sign language the focus of the game. Specifically, it is the opportunity to deliver the most harrowing, terrifying, nail biting, awkward turtle wiggling roller coaster ride of American Sign Language education in entertainment history. Games have such an incredible capacity to educate and entertain – and more designers should lean into it. Super Mario 64 taught us a new way to play. Telltale’s The Walking Dead taught us a new way to act. Portal taught us a  new way to think.

A Quiet Place: The Game can teach millions a whole new way to speak.

Imagine a title that has standard stealth and silent combat elements (bows, traps, hiding places), but ultimately functions as the world’s most terrifying reading comprehension test. You are partnered with a deaf person, and begin communicating via the sign language they teach you throughout the game.  It is up to the player to remember the key signs, and interpret them in moments of high stress. Moments like this:

The basement floods. Cut the correct ground wire to the basement pump. Now. But which one? Upstairs a small, very fragile wooden door stands between you and a very hungry alien. Your companion is across the room, struggling to open a window that would let the water out. They look at you and touch their fingers to their lips, running it briefly across them.

Earlier, during a brief respite from terror, your partner provided a brief lesson on color and number signs, supplementing the essentials they gave you at the start of the game (go, stop, follow, be quiet). You remember the lesson – finger to lips…That’s the sign for red! You look down, there’s a red wire. You cut it. Power off. A winner is you….and you will never forget the sign for red for as long as you live.

As the game goes on, you receive more complex instructions that coincide with understanding more compound phrases. Give red apple. Break broken door. Look out, alien close.  By the end, players could be putting entire ASL sentences together. This would actually be a lot of fun if it were not for all our friends and family being killed by monsters with Michael Phelps’ ears for faces.

Pie In The Sky

There are of course some challenges to this exciting concept. Firstly, using “reading comprehension” in the logline of any video game outside of one endorsed by Mavis Beacon is probably gaming box office poison. Then again “building blocks” is not a particularly sexy logline and it is only the biggest game in the history of the known universe.

Secondly, this is pretty sensitive material to handle, and it needs to be done right. It would require solid fidelity of hand animation and systems and checks and balances in place to reward and punish the player – in real time – for not understanding a sign, as well as consultation with deaf people to ensure the experience is depicted appropriately – especially in crisis situations.

Thirdly, America is not the only place in the world with sign language for the hearing impaired. Localizing A Quiet Place to foreign markets would require more than simply dubbing. In fact it would require whole new animation cycles that might prove far too expensive for the relatively inexperienced developers.

Then again, the publishing and development teams behind this game have a pedigree of working on titles known for their eloquence and technical fidelity. With staff that worked on Far Cry and Rainbow Six titles, Illogika’s developed mobile titles for Ubisoft, Eidos, and Square Enix. They’ve seen how the best in the business do it. EP1T0ME boasts writers with experience writing for Jurassic Park: Evolution and Chronicles of Riddick.

The clubs are in their bag to take a big swing. Combine Illogika’s technical acumen with EP1T0ME’s creative focus, they are set up to bring a keen eye to this world. If they understand and distill A Quiet Place the same way those Square-Enix titles Illogika ported did, then, well, it’ll be really, really hard to keep your mouth shut about this one.