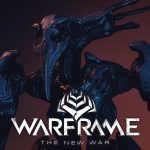 Announced during Tennocon of 2018, “The New War” was set to be the next step of Warframe’s ongoing story. For years though, fans of the game were anticipating a release date for the long-awaited update. Digital Extremes has finally announced that date to be December 15th.

Details on the Warframe Update

The announcement took the form of a blog post on the developer’s website with extensive details that can be found here. This included an all-new cinematic trailer. Please do not watch if you are not up to speed on the story of the game as it contains spoilers.

“The New War” will be a sort of immediate follow-up on the events of “The Sacrifice” the previous mainline cinematic quest. It will put you in the shoes of multiple characters from the game’s various factions to experience their side of the war. Players will take on new variants of the “sentient” enemy type. They can access a new warframe as well as a variety of new weapons and cosmetics. There will also be an all-new playable space.

Warframe is a free-to-play game and as such will be giving “The New War” for free to all players. Next-generation console owners should also be excited to jump in as it is currently enhanced for next-generation consoles. Are you excited about this update? If you’re currently playing it, do you feel like it offers enough new content? Let us know in the comments below, and prepare yourself for December Tenno!