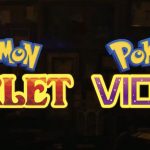 You are reading
Pokémon Scarlet and Violet Revealed

Pokémon Scarlet and Violet are officially the next mainline Pokémon games, and their new starters are here.

Today’s Pokémon Presents ended with a teaser reveal of the games slated for late 2022. It featured extensive environment footage, as well as looks at the new starter Pokémon. According to Serebii, their names are Sprigatito, the Grass cat, Fuecoco, the Fire Croc, and Quaxly, the Water Duckling.

Serebii Update: The English names for the new starters are Sprigatito, Fuecoco and Quaxly https://t.co/gDbXkHSvkT pic.twitter.com/WYsb2BGn8G

Pokémon Scarlet and Violet now become the ninth generation of Pokémon games. We got little concrete information about them, just that they will release worldwide in late 2022.

The Pokémon Company is already off to a fast start in 2022, thanks to Pokémon Legends: Arceus (abbreviated as PLA by the community). Critics praised its change to the long-time Pokémon formula and sold at least 6.5 million units in its first week.

To watch the whole Pokémon Presents, look down below.