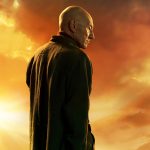 You are reading
Picard Season 3 To Get Familiar Cast Members

Fans of the show Star Trek: Picard have some exciting news today. Some of the original cast from Star Trek: Next Generation will be around for the third and final season.

This news is coming to fans on First Contact day. That would be April 5th, 2063. On the first day, the human race made contact with the Vulcan race. As you can see below the cast that will be on season three is exciting. You may have seen some of them in the first season of Star Trek: Picard.

Fans of Star Trek: Next Generation will be excited to see these cast members making an appearance in season three.

Fans of Star Trek also have a new show coming out next month. Look for Star Trek: Strange New Worlds to premier on Pararmount+ on May 5th. At the moment fans can continue to watch season two as it streams on Paramount+. Let us know how you feel about this Star Trek news in the comment section below.