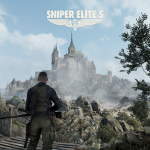 In gaming, there are very few enemies that give players more pleasure in killing than zombies and Nazis. While games like Left 4 Dead and Wolfenstein definitely were major influences on the popularity of these enemy types. Sniper Elite has slowly been chasing a unique formula that blends the European conflicts of World War II with heavy physics-focused gameplay. Admittedly the series began to feel repetitive with Sniper Elite 4, which saw very few improvements from the previous title.  Now 5 years later, Sniper Elite 5 is here and brings a wealth of new changes and content to the series. From a wide variety of customization options to a unique PVPVE experience. Sniper Elite 5 is a step in a fresh direction for the series and represents a great place to start whether you are a seasoned fan or completely new to the franchise.

Exploring The Diverse Locales Of France 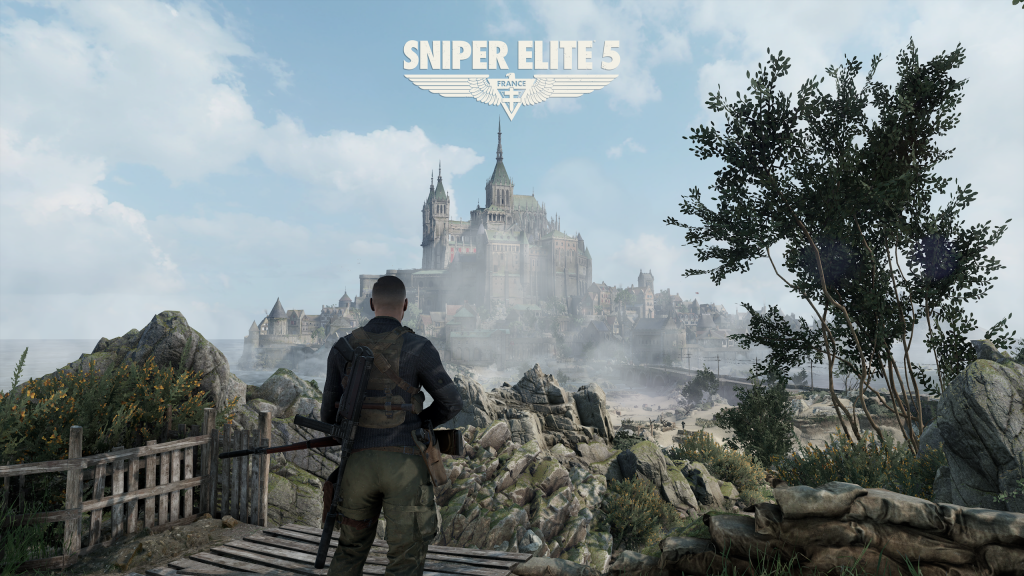 Sniper Elite 5 has you traversing all over various parts of France in the pursuit of a stereotypical Nazi villain named Moller. You are tasked with uncovering his secret plans that, as cliche as it sounds, involve some form of a terrible weapon. The story, if you can really call it that, never delivers much outside of “Nazi’s bad, don’t let them win”. Despite this, lack of strong context, the game still manages to shine with its diverse levels. This solves one of the major criticisms of Sniper Elite 4 which had levels that all felt too similar in their overall design.

Sniper Elite 5 takes place across various locations throughout France. The vistas go from stunning castles to old coastal towns, and even massive Nazi bunkers. The variety is not only in landscape but also in the time of day. The suspense of silently traversing through a dark castle while dispatching enemies is enthralling. Each level provided a unique set of challenges that were matched by the wide variety of options in how to tackle them. During night operations it was easier to sneak in and dispatch foes in hand-to-hand combat. Meanwhile, daytime operations require a bit more thought and finesse. It really helps to keep the experience fresh.

Sniper Elite 5 is much more than just a sniping simulator. Sniper Elite 5 truly shines with its addition and focus on encouraging players to expand their horizons and try a variety of different tactics. While traps have long been a staple in Sniper Elite, the new additions include non-lethal traps, as well as decoys. This offers players new approaches to how they can dispatch Nazis. Being able to use a decoy to draw enemy fire as you flank around to stealth execute each enemy feels rewarding. The addition of a completely non-lethal approach is also a welcome and unique change. With non-lethal takedowns and ammunition, it is now possible to complete missions by only killing your target. Some missions can even be completed without killing anyone if you choose to. While I found killing a wide variety of enemies the most enjoyable, it is great to see the developers support other playstyles in such an in-depth manner.

It would not be a Sniper Elite game without the classic X-ray vision sniper kills that put the series on the map. However, the branch into making melee combat and a wider arsenal of firearms more viable allow players to have true flexibility. The game shines whether you choose to go in rifle ablaze or to be a covert and deadly operator. Additionally, the bullet drops and the physics of how each gun works is impressive. As an avid Hitman fan, I felt like a kid in a candy shop with being able to mix up dramatic long-range sniping with close quarter stealth takedowns. Disposing of bodies, setting booby traps with grenades in vehicles, and even having the opportunity to use poison to kill a target. Full weapon customization is available for your rifle, SMG, and pistol. Silencers can dampen your sound footprint, and muzzle brakes can reduce recoil or improve damage over long distances. Some sniper rifles are even geared more for close-range encounters instead of the fabled longshot machines of previous games.

It feels like Sniper Elite is starting to truly understand the broader appeals of what this title can do. While the franchise has been open world for the past few titles, the blend of tools and weapons really adds to the experience. I found myself replaying several missions because I wanted to experiment in all the different ways I could dispatch my enemies and complete different objectives. 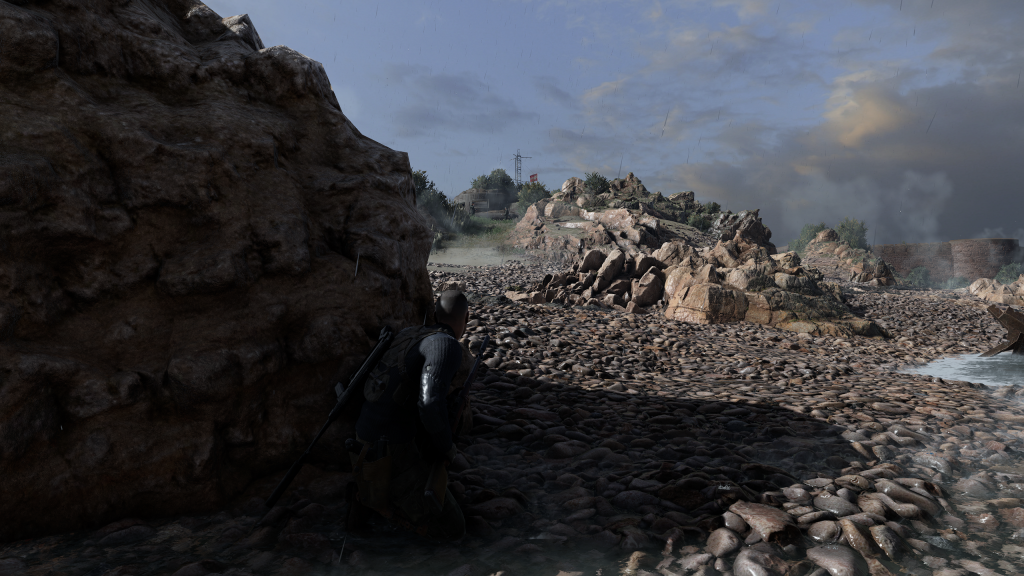 One of my favorite games of last year was Deathloop, its unique twist on multiplayer mixed within the single-player experience was exciting. Sniper Elite 5 also features a unique drop-in style multiplayer, that allows players to invade other players’ levels as a “Sniper Jaeger” enemy. When a player enters into your game they will randomly spawn somewhere within the world, usually a fair distance away. If you are being stealthy at that moment the other player spawns, they will have no idea where you are located. Then the game of cat and mouse can begin.

Both players have unique tools at their disposal to dispatch each other; however, they all have unique downsides that make them risky to use. For example, you can use telephones to call in and locate the invading Jaegar that will indicate a general area where the invader is located. But the Jaeger will also be notified of where you are located within the map. Neither player gets a defined advantage, but instead gets relevant information that is up to the individual player’s skill to use to their advantage.

These invasions are incredibly tense as you try to complete your objectives within the mission, while constantly looking over your shoulder. I found each invasion to be fun and challenging no matter the skill of the opponent I faced. But the main reason this mode was so compelling was just how balanced it was. If a player sits for too long in a single spot they will automatically be revealed on the map. This means camping and waiting for a perfect shot is simply not viable. You must keep moving and always be on the hunt, which means both the invader and the player are always at risk. I also appreciate that this mode is completely optional for players. You have the option to experience the campaign completely in single-player, in co-op with a friend as well as with invasions on or off. How you want to experience Sniper Elite 5 is in the hand of the player on a multitude of levels.

Audio design is a tricky part of a shooter, and an aspect I have a particular affinity for. There is nothing worse than having a powerful rifle that sounds like a pea shooter, or like it was recorded in a tin can. Sniper Elite has long had a focus on detail when it comes to the gameplay aspects of shooting. However, that attention to detail has leaked over to its audio design as well. Every gun has its own unique sound profile, with even different silencers sounding different when used on the same gun.

It is not only the guns. This level of detail is also extended into the world around you. Voice distance scaling is possibly some of the best I have seen in a game. You can hear the muffled conversation through the wall that becomes crystal clear as you pass a window but then fades out after you have moved past it. One of the most satisfying sounds is during the slow-motion X-ray vision shots you can hear the bullet exit the head and make a pronounced ding sound as it ricochets off the inside of the helmet. All of the detail within the gameplay of Sniper Elite 5 is sewn together by its excellent audio design. 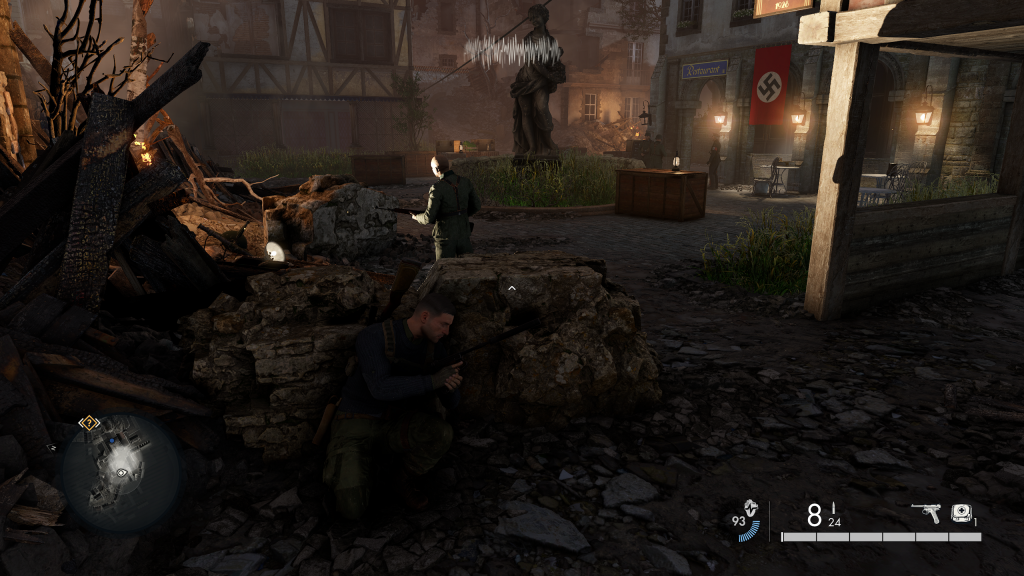 While I enjoyed my time with Sniper Elite, there were some notable blemishes that did draw away from the experience at certain times. While the framerate was buttery smooth, even with the hyperfocused detail of the x-ray kills, it felt jarring with how rough some of the textures were on things like trees, and bushes. The AI felt inconsistent at times as well, with some moments feeling like they were an unrelenting force that could predict your every move. Then at other times, it felt like the AI was completely unaware of my presence after I completed objectives such as blowing up bunkers. It is better than it has been in previous titles, but it still has a lot of room for improvement.

There was also a handful of occasions where animations seemed to bug out. From enemies in the stereotypical T-pose stance when trying to snipe them from a long distance. Even sometimes after killing an enemy, his body would remain standing but not shooting. All of these little nitpicks do feel like they add up over time, and while the game is well polished overall. With the amount of detail poured into certain aspects, and not others it sometimes feels unbalanced in its quality. While the visuals and AI lack in some aspects, the core gameplay loop remains fun and enticing.

Sniper Elite 5 Is Worth Your Time This Summer

If you are new to the Sniper Elite franchise, or a veteran of this long-running series. Then I recommend checking the title out at some point this summer. While the story and overall polish are a little rough around the edges, the gameplay loop is rewarding and has a ton of variety. Bloody x-ray-soaked action combined with a great drop-in drop-out co-op experience, plus a unique twist on the PVP experience. Sniper Elite 5 feels like it has expanded the series in a new and bold direction.