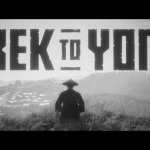 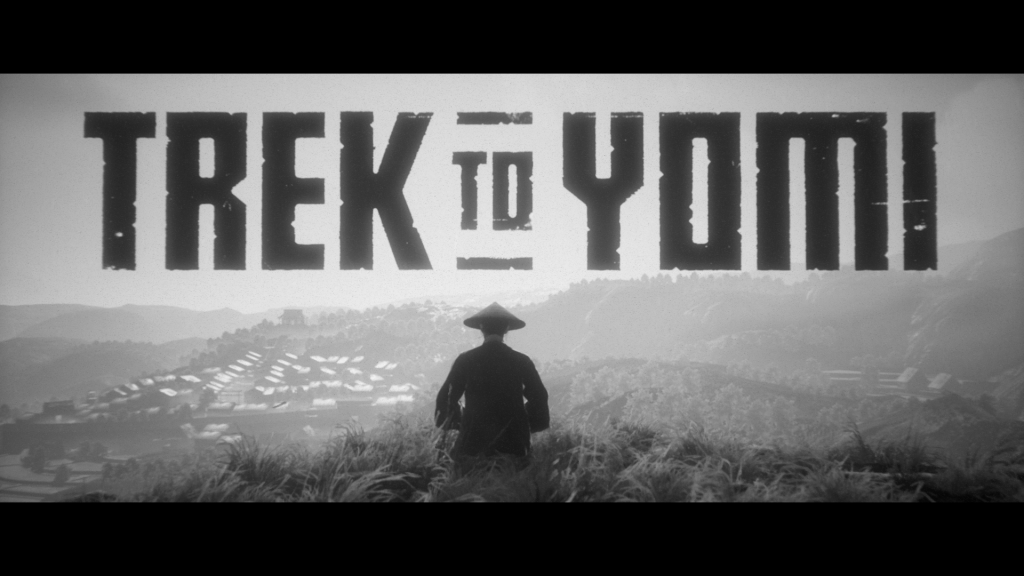 The world of Japan and the culture surrounding it during the era of the Samurai often feels like an unexplored era of history. While it has often been requested that the world of Assassin’s Creed explored the world of feudal Japan in a mainline game. Ghost Of Tsushima was one of the first AAA games to deliver an authentic Samurai era game, that truly respected the culture and the history of this time. But what about outside of the AAA space?

That is where Trek To Yomi comes in. Developed by Flying Wild Hog studios and published by Indie darling Devolver Digital. It is meant to be a homage to classic Samurai movies like the ones created by Akira Kurosawa. Kurosawa was the creative mind behind such films as Seven Samurai, Rashomon, and many more. These are big ambitions Flying Wild Hog is attempting to hit, and Trek To Yomi is a beautiful love letter to the genre.

Trek To Yomi Brings History To Life Through Art

Trek To Yomi is presented completely in black and white. In a world where every game is trying to show off how beautiful the HDR is, or how alive their world is, Trek To Yomi serves as a stark opposite to this. With its 1950s black and white film-styled delivery. While some might have preferred a colorful world, I found its presentation unique. It did a good job of driving home that this was meant to feel like a traditional Samurai film. At times, it was easy to lose myself in the world and its story.

Often when a video game pursues or looks to replicate film it often feels cheap or forced. Too frequently it feels like developers don’t understand what made these films so beloved. But Trek To Yomi understands many of the nuances of not only the culture of the Samurai but also some of the over-the-top aspects of the films. From tense one-on-one showdowns against horrific villains. To the fast-paced action sequences that while they are overtly violent are still elegant and beautiful in motion.

Combat Depth Is Revealed Through Difficulty 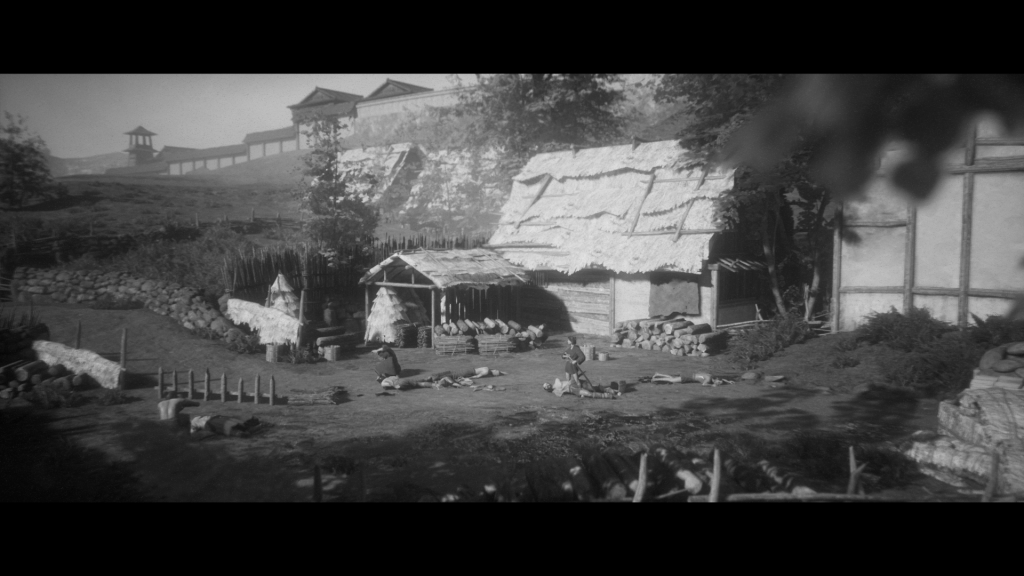 There is a wide variety of combat tools at your disposal within Trek To Yomi. While combat is simplistic and intuitive with your classic light attack, heavy attack, and basic block system. Due to Trek To Yomi’s side-scrolling gameplay, I was worried that combat might feel clunky and too simple. But this ended up not being the case, and depending on what difficulty you decide to choose will dictate how in-depth you will have to learn the combos. There is a wide variety of unique combos you can use.

On easy and even medium there is a significant amount of room for mistakes or experimentation. However, with the hardest difficulty, it requires an encompassing knowledge of the game and its systems in order to succeed. I really appreciated the variety these difficulties presented, as well as that you always feel like a masterful Samurai. Often times in melee-focused games you lose depth when you play on lower difficulties. But this is not the case with Trek To Yomi and I have to tip my hat to Flying Hogs for creating a thrilling and intuitive combat system.

A Variety Of Enemies And Tactics Required 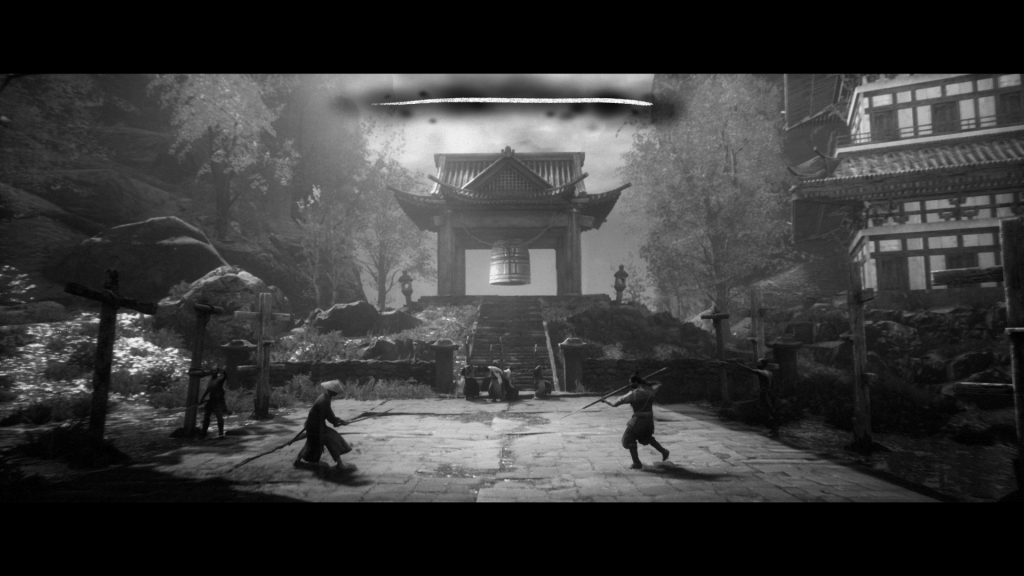 What I found myself appreciating the most about Trek To Yomi was its variety of enemies that you would face. While it is common to have different enemy types, how impactful those different enemies can be has a direct effect on how fun the overall combat can feel. There is no simply walking through your enemies in Trek To Yomi, different enemy types will provide unique challenges to the player. Sometimes you will fight armored enemies that require the use of heavy and piercing attacks in order to best them. While other enemies will play coy with you until you show a sign of weakness and then blitz you in a rush of attacks.

With a wide variety of combos and attacks at your disposal, you have the tools to defeat all these different enemies. It is simply learning how to battle each enemy, but even sometimes this won’t be enough. Managing your stamina while blocking and striking is incredibly important. If you run out of stamina it will leave you out of breath and an easy target for your enemies. You will learn through your journey to manage your stamina, attacks/blocking, and then finally how to defeat each enemy that crosses your path. It feels rewarding when you finally figure out how to best some of the later enemies in the game. The reward for learning these different tactics is free-flowing sword fighting action that feels straight out of a film. It almost feels like the game begs you to practice and learn more.

Setting The Tone Of The World 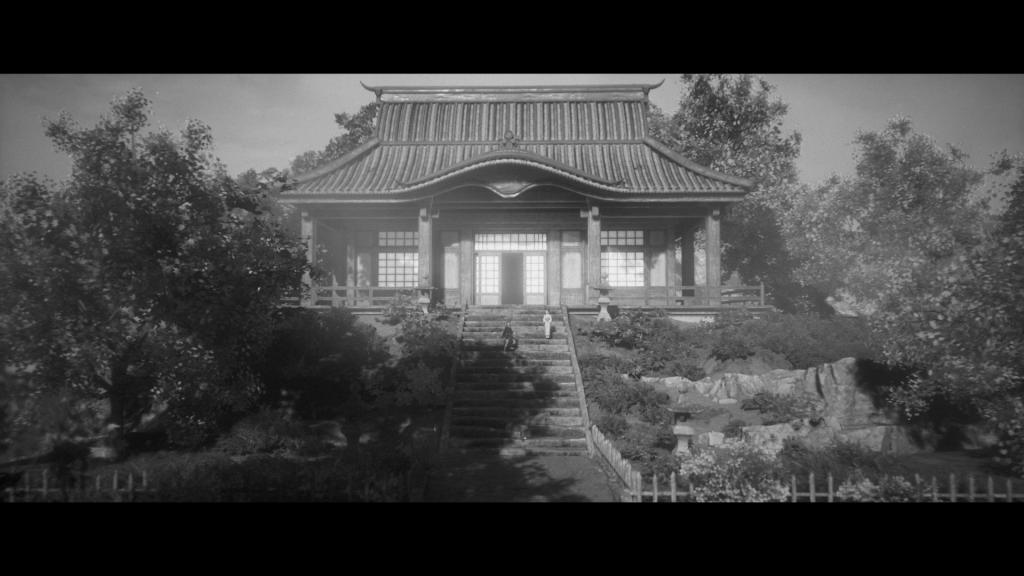 The story of Trek To Yomi travels a very stereotypical path. As you play an honor-bound Samurai who is tasked with defending his village from hostile attackers. While the story feels familiar in its beats, its emotional delivery is highlighted by a well-delivered and authentic Japanese voice work. Very much like Yakuza: Like a Dragon, subtitles are an absolute must as the delivery of the lines will hit you in the chest with their raw power and emotion.

The set pieces in Trek To Yomi are some of the best that I have seen from an independent studio. Considering the game’s shorter length as my first playthrough took me roughly 7 hours. I was impressed with just how much of a diverse world they packed into this game. From fighting in dark dingy caves to fighting off bandits in beautiful villages, The variety in the world constantly kept the experience feeling fresh and did not feel repetitive.

While the game is primarily done in a side-scrolling action style, there is a variety of exploring you can do throughout the game. When you explore these side areas sometimes you will find unique collectibles as well as upgrades to your health and stamina. While it can be played in a primarily linear fashion, exploring the world of Yomi rewards the player not only with more beautiful landscapes but also with rewards that can help you. These rewards are especially helpful if you are struggling against certain enemy encounters.

Trek To Yomi Is A Must Play Indie Experience

If you love the history of the Samurai or enjoy the black and white films of the 1950s. Then Trek To Yomi is an absolute must-play. With the cinematic delivery of its narrative, in a short and concise amount of time. Combined with challenging and rewarding combat, Flying Wild Hog has delivered on potentially one of the best indie titles of 2022.