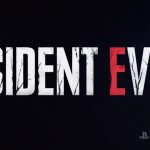 You are reading
State of Play June 2022: Resident Evil 4 Is Being Remade

Today June 2nd, 2022 Sony held a State of Play presentation focused on third-party published titles. Along with the first look at upcoming PS VR2 games. The live-streamed digital broadcast is part of this summer’s Summer Game Fest. With that, we got a fresh look at upcoming PS5 and PS VR2 titles including a Resident Evil 4.

The Resident Evil 4 will launch on March 24th, 2023. The new visuals look outstanding and the game has been completely remade in the RE Engine. The trailer also hints at some gameplay and story changes. In addition to some new dialog, the team is calling this a reimagining of the original game. With this announcement, we now know the game will support PS VR2 in some capacity.

It is clear Resident Evil 4 will need some changes. The washed-out visuals are no longer in line with the darker tone modern Resident Evil games have. Plus in-game companion Ashley Graham has some dated, unsavory dialog with the protagonist Leon Kennedy. A reimagining is more in line with what the 2005 game needs.