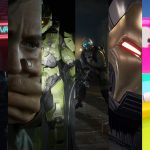 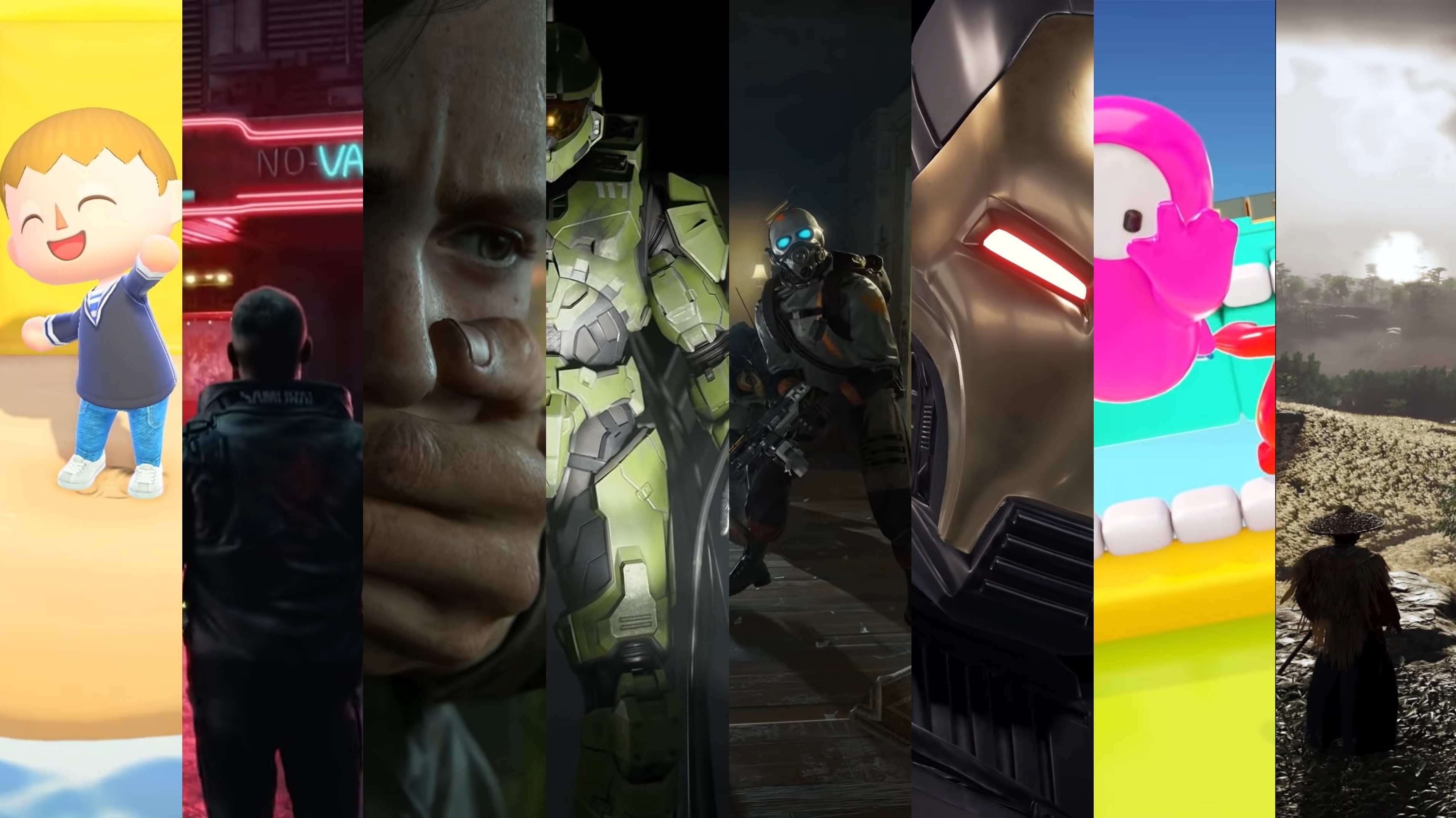 2020 is going to be a big year for games. Along with the launch of Xbox Series X and Playstation 5, 2020 will be a culmination of almost a decade of developer growth with the current gen consoles. Of course, we are excited to find out what the launch line up for each console will be, the date and price. In the meantime, we are ready to game all year. 2020 will surely be a year of fulfilment of long promises including a Half-Life game. I can’t even believe I am writing that.  Final Fantasy VII Remake will finally be in our hands after being announced five years prior. Animal Crossing, Doom, Yakuza, Streets of Rage, Halo, Battletoads, everyone’s coming to the party. These are our Most Anticipated Games of 2020.

Earlier this year, Microsoft confirmed that Halo Infinite will be an Xbox Series X launch title. Microsoft’s tentpole title will be the headlining act of its new ultra-powerful console. It’s going to be exciting to see what 343 Studios is able to do with all of the juice powering the Series X. When Microsoft announced the game in 2018 it evoked memories of Halo Combat Evolved. However, looking back to 2018, live service games were just starting to take off. With the name, Halo Infinite is that a callout to transitioning into a service-based game like Destiny or Monster Hunter Worlds? Microsoft followed up with a trailer for Halo Infinite at E3 earliet this year, showcasing powerful story elements. To say we are eagerly awaiting to see if 343 Studios can deliver on the hardware, story, and multiplayer is an understatement.

When CD Projekt Red released The Witcher 3 in 2015, it immediately became one of the most critically acclaimed games of all time. Three full years prior to that they had already announced Cyberpunk 2077 an adaptation to a late 1980’s tabletop role-playing game. Seeing what they were able to do in the Witcher universe, now armed with a larger team and budget, we expect big things. There won’t be huge open fields but, more dense city-like areas. CD Projekt Red has shown off how the choices made in the game will shape the universe. The setting is a dark futuristic California, controlled by six factions fighting over their place in the incredibly deep lore. A lore so deep the music is curated originally by real bands and artists who exist in the Cyberpunk universe under a fictional name. The passion, care, and detail CD Projekt Red puts into every aspect of their games has us counting the days to Cyberpunk 2077.

When the Last of Us was released in 2013, you could hear an audible sigh from every developer working on a single-player story-driven game. The Last of Us became the measuring stick for storytelling through gameplay. It was one of the games that began the evolution of the medium into the echelon of entertainment with movies and TV. Seven years later developer Naughty Dog is going to try and reset the bar again. Sony has released some unbelievable trailers. All of which defy cultural norms and ideas that prevent us from challenging ourselves. We are excited to see where this story goes in 2020.

In 2015, Marvel Games re-invented themselves with a new direction on how to handle all things games and Marvel. No more shovelware to promote movies, no more quick bucks. Marvel wants to pair their franchises with the best minds in the business. Marvel’s new formula paid off in 2018 with Marvel’s Spider-Man. Now they are working with Square Enix and their assembled team on a big-budget AAA Avengers game. A team with a history in God of War, Cyberpunk 2077, Tomb Raider, Uncharted, Dead Space, and the Batman Arkham series, just to name a few. Marvel’s Avengers will feature two primary game modes. One mode where you play through the main quest and unlock more Avengers to play with. This will pair with Hero Mode where you play though side quests with a team of 4 players. They are aiming for a Destiny like post-game where you play the Hero Mode unlocking over 20 costumes per Avenger. Square is touting the large number of Avengers to choose from in the game. The possibilities of what this game could be has Marvel’s Avengers one of our most anticipated games of 2020.

Every year there are small indie or AA games that break through the marketing barriers to find homes with millions of gamers. Games like Celeste, Enter the Gungeon, and Rocket League. In 2020, there will surely be a few. We are looking forward to what Fall Guys could be. Think of Fall Guys as Mario Party Battle Royale but only the best parts. Developer Mediatonic has described a number of trials that will narrow down a 100 players to crown one. Most of the levels remind me of the Japanese comedy action challenge show Takeshi’s Castle. They even have their own Agrocrag for the final round. Mediatonic has confirmed there will be a huge selection of costumes to choose from. Fall Guys really reminds me of Rocket League right before it first took off. Devolver is going to publish Fall Guys, it will be exclusive to PC and PS4 this year. Fall Guys feels new and fresh, that is why it is one of our most anticipated games of 2020.

When Half-Life came out in 1998 it revolutionized video games. What started as a passion project Half-Life would eventually become one of the biggest video game franchises of all time. After a number of ports, spin-offs, and mods, Valve released Half-Life 2 in 2004. Over the past 15 years, Valve’s return to Half-Life or lack thereof has become iconic internet folklore. Now Valve needs to sell its new VR headset. They have returned to their roots to push the boundaries of what their tech can do. Using a universe where the average gamer might be willing to fork over hundreds of dollars to play. Valve is touting Alyx as a full-fledged AAA game and described their previous canceled games as milestones to what they have built. The game takes place between Half-Life and Half-Life 2. We are excited to see where Valve takes this story over 15 years later.

When Animal Crossing: New Horizons launches this March it will be the first console Animal Crossing game in 12 years. Nintendo is aiming to leverage father time to expand on what Animal Crossing does well. New Horizons will feature, crafting, significant advancements in online play and HD graphics on the big screen. New Horizons will also feature 4 player local co-op and 8 player LAN co-op. The change of setting to a deserted island brings a bright fresh look to the game. Keep following Lordsofgaming.net as we expect news to drop early in the new year.

Sony shocked the world in 2015 when they announced that the Final Fantasy VII Remake was real. It appears to be well worth the wait. The news surrounding Final Fantasy VII Remake does have me scratching my head. Square seems to be almost hiding the fact that it will only be a fraction of the game. When pressed on how many parts they plan on making the game a producer said it could be up to five parts. It helps that it looks unbelievable and what content is there is being crammed on two Blu-Ray discs. It’s also a one year timed exclusive to Playstation 4. What the future holds for Final Fantasy VII will be a major topic throughout 2020. We can’t wait for the hot takes on one of our most anticipated games of 2020.

When Doom was rebooted in 2016, it was a hell of a ride. The campaign was full of great moments. The multiplayer brought back the arena shooter to living rooms. The map creator was something new and fun. Not to mention, the best shotgun in the business. The audio and visuals blended together like nothing else from this generation. Doom Eternal follows the same formula with the simple selling point of more more more. New this time around is the Battlemode where users can play as Demons against other Slayers. What’s fun about Doom is, it wants to be a video game. While other shooters are moving towards realism and slowing the player down, Doom just wants to be a fun time.

Ghost of Tsushima takes place in the 1220’s during the first Mongolian invasion of Japan. You play as “The Ghost” one of the last remaining Samurai. The game features a beautiful open world and blood-soaked sword combat. Ghost of Tsushima has the full AAA backing that published God of War (2018), Marvel’s Spider-Man and Horizon Zero Dawn. It’s going to be interesting to see what Sony’s Suckerpunch Studio can do to follow in those footsteps. Trailers for the game show a visual powerhouse and intense story elements. We can’t wait to see if the gameplay can live up to the hype.