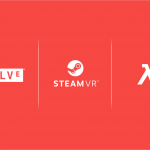 It has been more than twelve years since Valve released the last instalment in the storied Half-Life franchise with Half-Life 2: Episode 2. Since then, they have moved into the MOBA space with DOTA 2, released a sequel to Portal, and seen their card battler Artifact crash and burn. Steam, the ubiquitous PC distribution platform is no longer the cash-cow it once was. Competition from Epic, EA, and Microsoft amongst others have eroded Valve’s invulnerable position. The studio which once lived on the cutting edge of gaming has become all but forgotten in the software space. As such, the time was ripe for an announcement, and its a big one with Half-Life: Alyx.

We’re excited to unveil Half-Life: Alyx, our flagship VR game, this Thursday at 10am Pacific Time.

Can’t wait to share it with all of you! pic.twitter.com/BupFCxSrTw

Half-Life: Alyx will be Valve’s second VR game after The Lab which launched with the HTC Vive in 2016. Its new game seemingly will focus on Alyx Vance, the co-star of the Half-Life games. Alyx is left in a heart breaking position at the end of Half Life 2: Episode 2, holding the dead body of her father in her arms. It was a shocking cliff-hanger that still resonates twelve years later. We can’t wait to see what Valve has cooking with their return to the Half-Life world. Keep it locked for the reveal on Thursday here at Lords of Gaming.