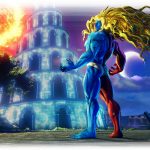 You are reading
Gill is Coming To SFV, Champion Edition Announced

Street Fighter V: Champion Edition comes with all 40 characters, 200+ costumes, and 34 stages that have been released thus far from both the original release as well as SFV: Arcade Edition. In addition, those who have the Champion Edition will also get post-release content. Unfortunately, the Capcom Pro Tour DLC, Fighting Chance costumes, and brand collaboration costumes DLCs are not included.

Street Fighter V: Champion Edition is priced at $29.99. Previous owners can upgrade their current version for $24.99, which will also give them access to the game’s content leading up to launch. For those who decide to pre-order, they’ll get new costume colors for each character. 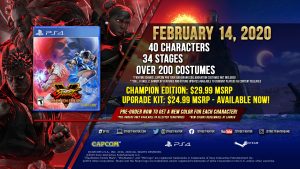 Capcom says balance updates, as well as V skills called V-Skill 2, will be added for free in December. Every character will receive a V-Skill 2.

But that’s not all- Street Fighter’s III boss character and leader of the Secret Society, Gill, will make his grand debut in SFV. Gill will be included in Champion Edition, but can be purchased separately in December for 100,000 in-game Fight Money or $5.99.

Touting his mastery over the fire and ice elements, Gill uses Pyrokinesis and Cryokinesis to deliver some flashy attacks. In the trailer, viewers can spot Gill’s alternate costumes, where he sports an awesome Spartan-like getup. The all-orange Pyron costume is a nice touch too.

See More: The Yakuza Franchise Fights Its Way To Xbox Game Pass In 2020

A new stage that’s in reflection to Gill’s external characteristics called “Sun Chase Moon” will be releasing in December. Sun Chase Moon can be purchased separately for 70,000 Fight Money or $3.99. 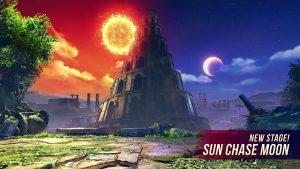 The Lord’s Word: We have to wonder if SFV will see another release on PlayStation 5. Apparently, Capcom has enough content for the game to last in 2020 and no plans for the imminent Street Fighter VI. Regardless, Champion Edition is a great package. For someone who has purchased Arcade Edition, passing up on the new version will be hard now that all of those awesome costumes, and future content, will be available out of the box.