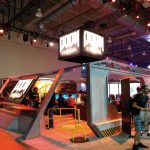 You are reading
QuakeCon 2019: The Year of Doom Wrap-Up

QuakeCon 2019 is a wrap and there was a lot that we learned from Bethesda in regards to their commitments. Sure there have been missteps every so often, but a company like Bethesda knows how to correct those issues. This year the theme changed the long-standing convention into DoomCon, for good reason.

Doom is celebrating it’s 25th anniversary and doing it in a hellacious fashion. With Doom Eternal looming on a release later this year, Bethesda announced that the original games would be re-releasing on Bethesda.net and across all the current consoles. This did not come without issue as many fans were upset that an email log-in was being required in order to play the titles. On Xbox Live, the backward compatible titles were also nowhere to be found. Both of these issues were quickly addressed by Bethesda offering an upcoming solution for the email and Xbox Live issues.

Push this aside, DoomCon 2019 was fantastically put together. As one vendor shared with me on the way to the convention it was as if Bethesda replicated a Disney theme park, but in hell. It was true, like many conventions, it’s a way to show out. Many of the booths and displays showcased something about the history of the series. This year the floor was noticeably larger that also suggested two things: 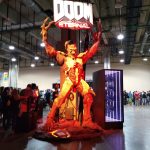 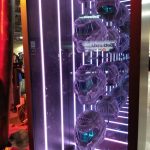 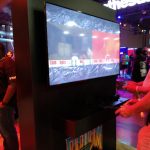 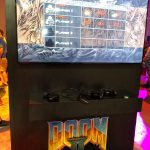 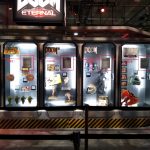 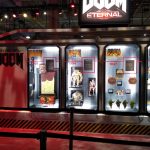 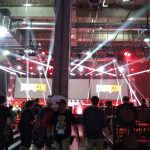 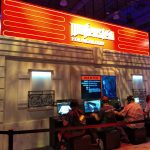 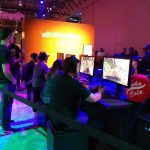 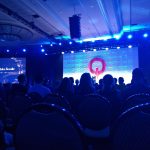 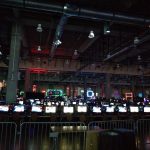 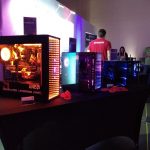 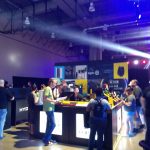 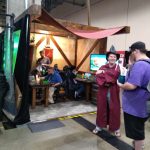 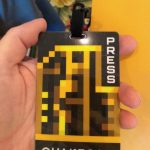 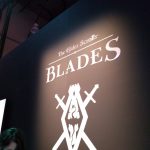 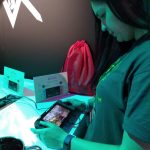 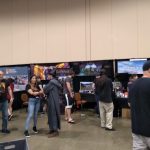 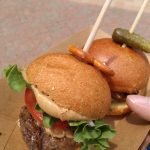 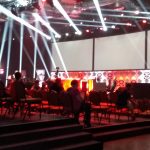 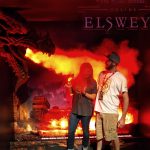 While on the floor there was one thing that was apparent to me. That being Nintendo is a big part of Bethesda’s plan. While not every game will be released on the Switch, the floor was packed with them. From the Doom classic demos to the upcoming release of The Elder Scrolls Blades, the portable console was everywhere. When chatting with the hosts at the booth for Blades, it was suggested that the Nintendo ports were not as complicated as one would think. Let’s be honest, when Blades was announced, Bethesda had to have an inclination for the game to be ported to the Switch.

While we likely won’t see all of Bethesda’s titles coming to the Nintendo Switch, the support they have shown is nothing less than phenomenal. All of the current Wolfenstein games, Doom and including the classic versions and even a port of The Elder Scrolls Skyrim all have found a spot on the portable console. This doesn’t include Fallout Shelter and, of course in the fall, The Elder Scrolls Blades. I only have to ask, where’s Doom 64?

Food Trucks Are The G.O.A.T.

I will take these food trucks as a solution to great food. If you were unaware, Texas is a hotbed for food locations, including those on wheels. While the state is mostly known for it’s smokey, mesquite barbeque, the food doesn’t stop there. From the trucks alone, each day featured a new set of food artists bringing their style. On Saturday, we settled on Easy Slider, serving delectable sliders that could be mix and matched. My combination included a burger that had peanut butter on it. Needless to say, it was delicious. Sorry, Lord Cognito, you can have your ritzy margaritas from the bars at GuardianCon, I’ll take my food trucks instead.

One of the panels I was able to be in attendance for was the history breakdown of Elder Scrolls Online. The biggest takeaway of the panel was Zenimax’s willingness to change, and change for the better. The game originally began development shortly after Oblivion released, and before the release of Fallout 3 and Skyrim. The feel and reception between Oblivion and Skyrim are drastic, thus requiring for an overhaul to make the game more like the latter, more popular title.

Over the years, updates have released molding it into the game that we know it as today. Being one of the more popular MMOs on the market, the game has released numerous DLC’s as well as 3 bulky expansions with Morrowing, Summerset, and most recently Elswyr. For this year, and Elswyr, the idea is to tell a year-long story leading to a conclusion at the end. The game has to be one of the better stories of from lows to highs at the studio and it does not show any sign of slowing down anytime soon.

It’s hard to imagine Bethesda upstaging the ever-growing convention. However, several games were no shows, but not without good reason. At E3 2019, we learned about the existence of Tokyo Ghostwire and Deathloop, the continuous tease of Starfield and just the glimmer of The Elder Scrolls VI. It’s hard to imagine adding those to the likely Elder Scrolls Online and Fallout 76 expansions, that the floor won’t be packed. As I mentioned before, the convention was much more spacious this year, showing they have room for more. With their extra support providing indie developers booth space, it’s only going to get better.

Do you have a convention you love attending? Share with us your experiences in the comment section below!