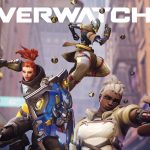 There is a wealth of new game reveals and details that have been announced during today’s Xbox and Bethesda Game Showcase. Among the announcements comes a new look at Overwatch 2.

Xbox and Activision are beginning the new era of Overwatch. With that Overwatch 2 will be moving to a free-to-play platform. In addition to its launching on Xbox Game Pass on day one. The trailer ends with the game’s release date of October 4th for early access, as well as its latest hero.