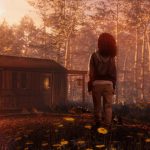 You are reading
Xbox Showcase 2022: As Dusk Falls Is Coming This July

There is a wealth of new game reveals and details that have been announced during today’s Xbox Game Showcase. Such as a new trailer for the upcoming story adventure game, As Dusk Falls is the all-new story adventure coming to Xbox and PC on July 19th, 2022, and will be available on Xbox Game Pass on day one. From developers Interior/Night who are made up of developers who worked on games such as Detroit Become Human, and more.

Coming July 19, 2022, As Dusk Falls is an original interactive drama. Join friends or play alone, making choices that impact characters’ lives in this uncompromising story of betrayal, sacrifice, and resilience.

Are you excited about As Dusk Falls? Let us know in the comments and don’t forget to check back for the latest gaming news and information.