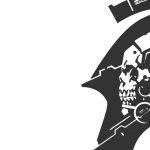 You are reading
Xbox Showcase 2022: Kojima Productions Is Creating A Cloud Based Game For Xbox

There were plenty of surprises hidden and announced through the Xbox Showcase, but none was quite as surprising as the appearance of Hideo Kojima. The creator of the iconic Metal Gear franchise and more recently the cinematic Death Stranding. He came on screen to announce that he will be creating a new game in partnership with Xbox Game Studios. Using the power of the cloud to create a game, unlike anything we have ever seen before. The potential of a creative mind like Kojima attempting to use unproven tech to make a game is incredibly exciting. Hopefully, we will hear more about this game sooner rather than later.

Xbox Game Studios & Kojima Productions are partnering to create a video game for Xbox like no one has ever experienced before, leveraging the cloud.

Hideo Kojima is one of the most innovative minds in our industry, and we can’t wait to share what our teams will create #Xbox pic.twitter.com/44TtOQxB08

What do you think of Kojima partnering with Xbox? Let us know in the comments and don’t forget