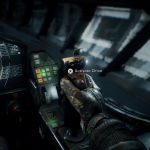 Bright Memory: Infinite is a sci-fi action first-person shooter developed by FYQD Studio. This game is the direct follow-up to Bright Memory from 2019. An incomprehensible game I found to be very fun. With excellent first-person shooter gameplay mixed in with hack and slash melee combat that felt very responsive and left me wanting for more of it when the credits rolled.

But as the years went by, its successor showed benchmark-quality graphics and significant improvements to its gameplay, I had one question on my mind. Is Bright Memory: Infinite just eye candy with fun-looking gameplay? Or is there something more underneath this game? What I found was eerily similar to the original game, but massively improved and expanded upon.

In Bright Memory: Infinite, you play as the protagonist Shelia. A woman tasked by a research organization to investigate a black hole that formed in her region. As she investigates she fights against soldiers from a rival organization and strange warriors that appear from anomalies created around the black hole. 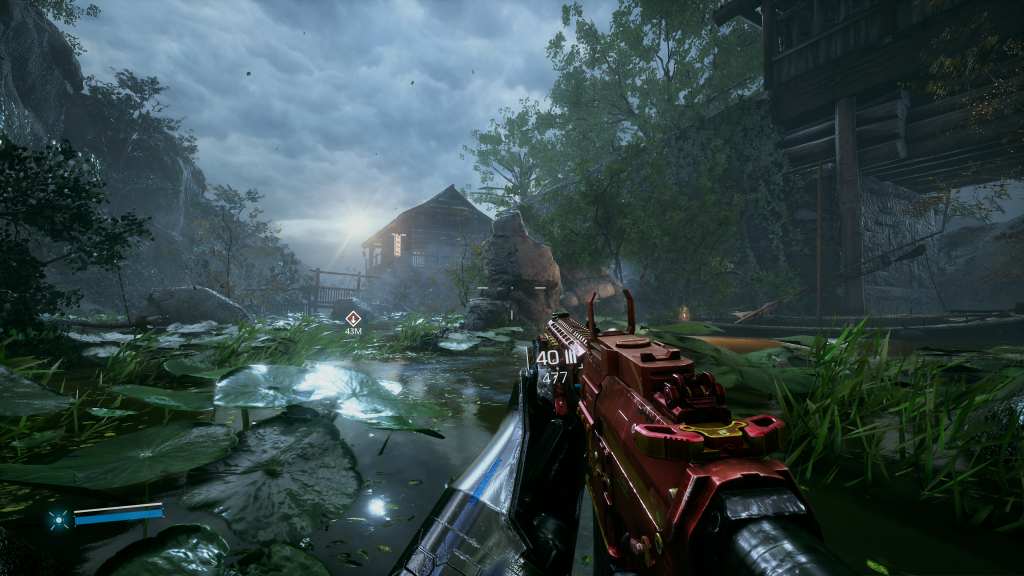 This is, after the four playthroughs of Bright Memory: Infinite I played, the best description I can give for the story of this game. It is safe to say that if your motivation in games is driven by stories, you will not find one here. It lacks any clear reason for anything that happens. The black hole just suddenly appears. Shelia lacks any personality so I can’t care for her and there is no antagonist outside of one recurring boss. But post-four playthrough clarity, I don’t think that’s the purpose for this game.

What this game does instead, is give motivation to the player in the form of snobby bosses and cool-looking enemies you will love to chop or gun down. A high-octane adventure across several stunning set pieces with an awesome array of fun tools at your disposal. Creating an experience that is disappointing and hollow on the narrative front. But one that does not falter to pull me in with its unbelievably satisfying gameplay.

The gameplay of Bright Memory: Infinite is some of the best I have played in years. It is the craziest and most fluid gunplay and swordplay mix you can find in a first-person video game. Using a simple batch of weapons in complex ways. Your trusty rifle, pistol, sniper rifle, sword, and the best shotgun ever created. This arsenal is used against a wide variety of enemies with unique behaviors and weapons in a wide variety of locations. All perfectly tuned to create a unique experience when you enter the next combat arena. 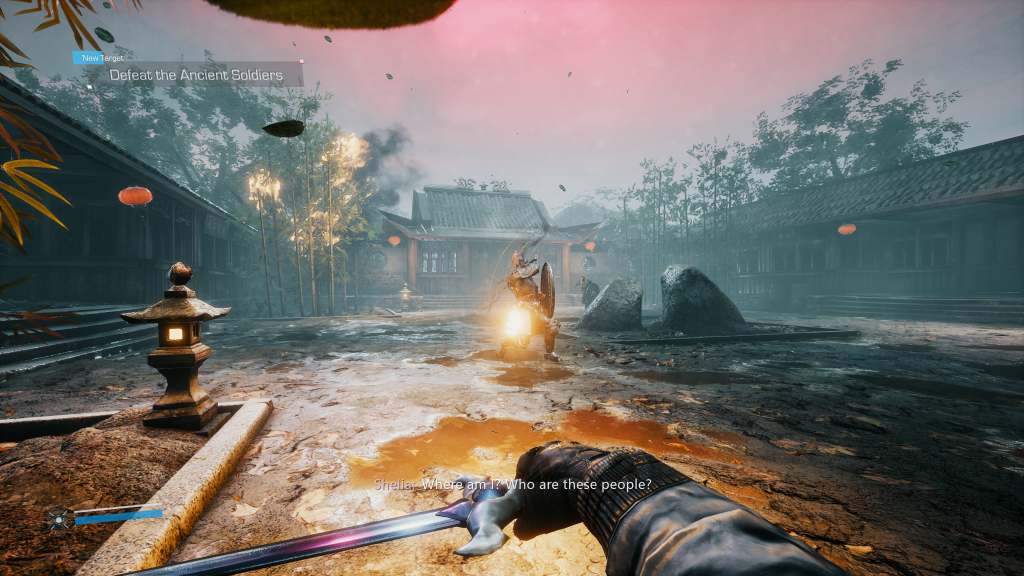 The game starts you with the rifle and sword from the beginning as it carefully teaches you the basics of this duo. The enemies from close, mid, and long range get picked off by the rifle, and use your sword to deflect bullets and other projectiles back at stronger enemies. But the sword is not just a tool for defense, you can use it to slash away at enemies or launch them in the air Devil May Cry style.

As more unique enemies come in, like the ancient warriors, you start to expand your arsenal with the shotgun that can break the shields of a standard warrior at close range. Mow down ax-wielding foes at mid-range and match the archers in long range. When in the air on the wing of a moving plane you can launch missiles from the pistol. Pull enemies from the rooftops with your gauntlet and either shoot, slash or blast them away.

Every weapon felt distinct and the recoil from each especially the shotgun proved how much of a punch they packed. Considering how the shotgun was useful at any range, I used it and the sword to make every encounter a breeze. 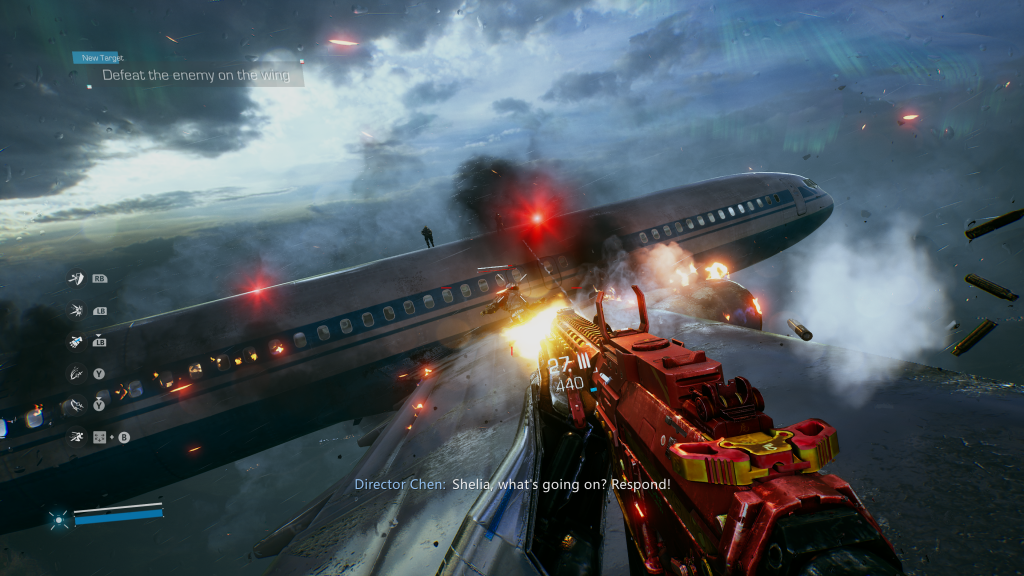 In the mix of these carefully curated and extremely fun encounters are multiple engaging segments. Like driving a car and blasting away enemy vehicles taking shots at you. There are no dull moments of gameplay in Bright Memory: Infinite. Every weapon feels crucial, and every encounter is spectacularly fun.

Bright Memory: Infinite features a few bosses in the game. But while they may be few in numbers, they more than put me to the test. The way they can quickly move about the arenas always kept me on my toes. Whether that was the first boss teleporting to the rooftops above, running along them while throwing flaming slashes at me multiple times to then spawn in front of me prompting me to dash backward in defense. Or throwing an unblockable attack at me when I got used to parrying him was always surprising. 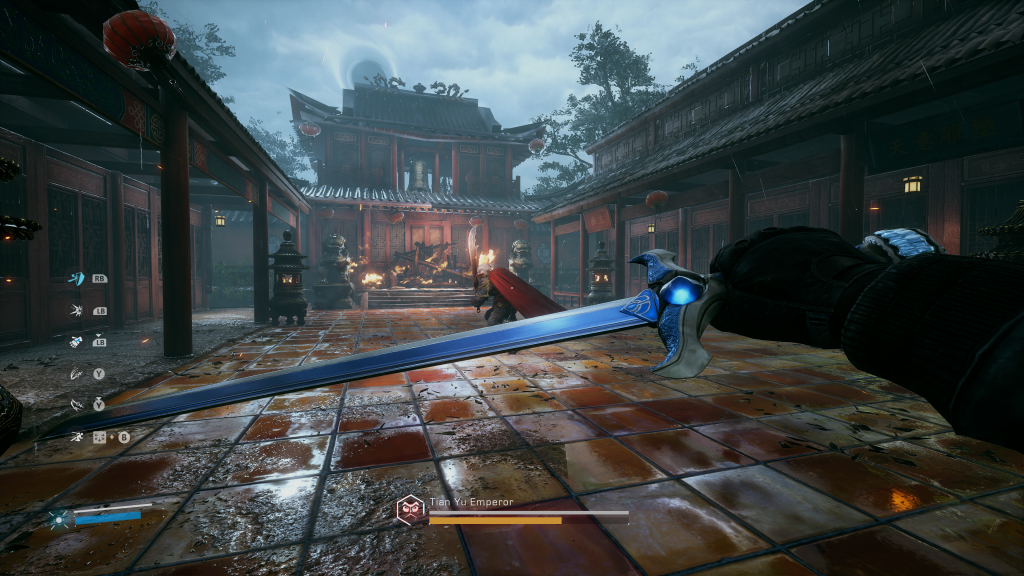 They never rely on massive hordes of enemies to take me down. Their attacks are perfectly telegraphed as well. Which allowed me to find my openings to let loose a flurry of bullets. Or charge at them with my sword to take chunks of their health bars out in sheer satisfaction. I cannot express how challenging and engaging the boss fights are. Especially at higher difficulties levels in the game.

All of the bosses were a cakewalk on the medium difficulty but became nightmares on the harder difficulties. Attacks I once parried and blocked with ease I instead dashed away from in fear, so as to not take any chances and restart the fight. They are the biggest highlight in Bright Memory: Infinite. Matching the excitement I felt playing some of the intense segments in between.

Throughout Bright Memory: Infinite you will find “Reliquaries”. These are items that grant skill points to unlock a variety of upgrades for Shelia. There are multiple upgrades for each part of Shelia’s equipment that can range from minor changes. Like the pistols missile explosion being slightly larger. As well as game-changing ones, like allowing Shelia’s gauntlet to be charged up to throw a fireball. Or the sword being able to throw out light waves to hit enemies from range. 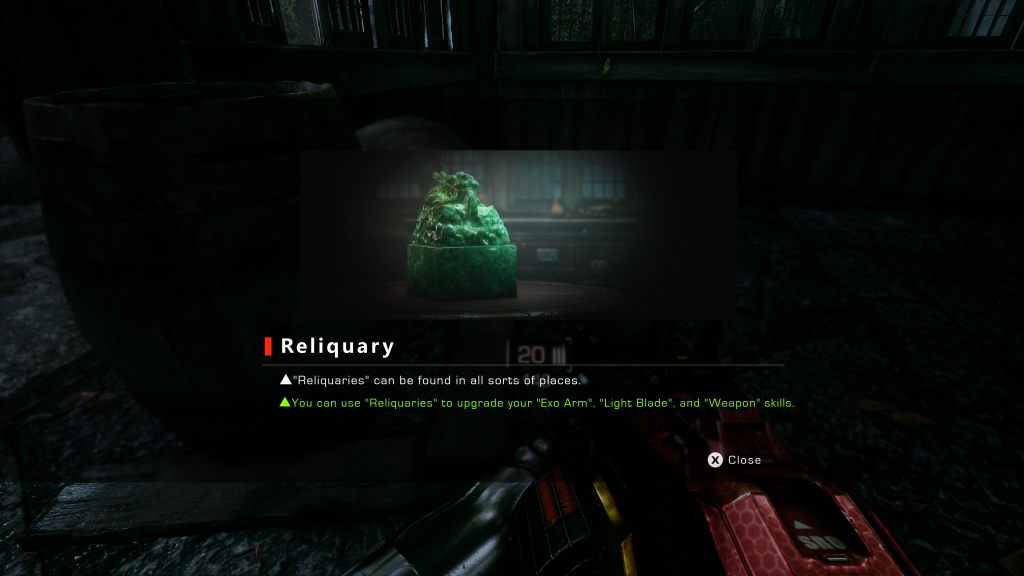 But it doesn’t stop there, you can charge up the sword to throw a spinning blade that follows enemies helping you take out groups of them. As well as unlocking aerial abilities like slamming down with your fist or sword on an unexpecting enemy. It all feels cool and really nails how impactful unlocking skills should be. I was always eager to find my next reliquary and see what the next upgrade does.

I just wish I was able to increase Shelia’s health or how far the dash goes. Considering when playing on higher difficulty levels, I wish I could withstand another shot or two or be able to cover more distance in a single dash. It is disappointing but did not hamper my experiences in the slightest. 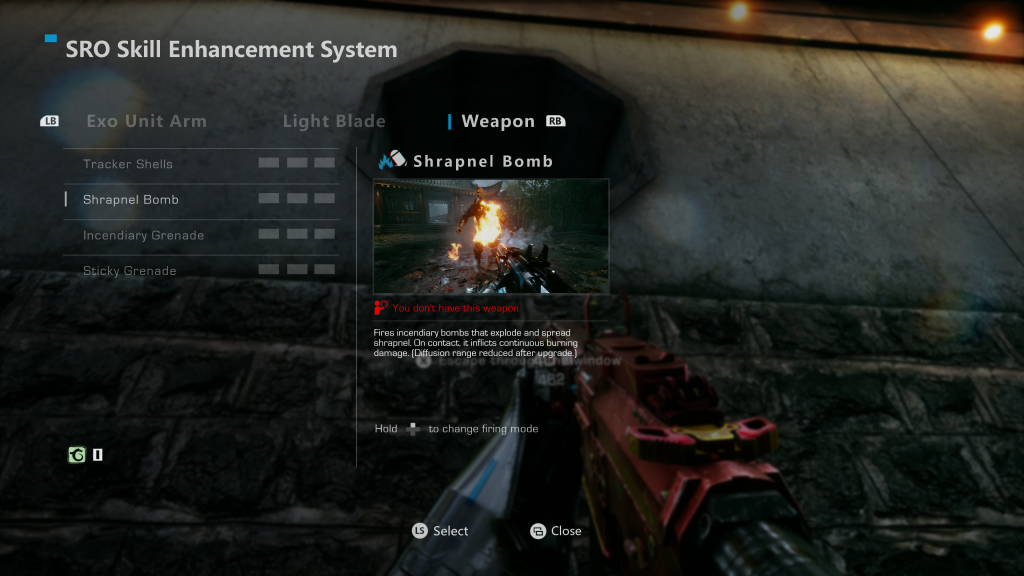 Another thing this game nails with the upgrade system is its New Game+. Allowing your unlocked weapons and upgrades to carry over. But reset the findable Reliquaries so you can eventually max out everything and replay at your leisure to satiate your hunger for the game’s impeccable gameplay and awesome bosses. I know I did.

A Near Flawless Technical Showcase

Bright Memory: Infinite is a benchmark for graphics and performance. Each screenshot in this review is taken directly from active gameplay and the game lacks a photo mode. It is unbelievably pretty. I played on the Xbox Series X in normal mode, Ray Tracing mode, and Performance mode and it was hard to tell the difference in the fidelity between the three. Ray Tracing is very noticeable for lights and water as well as Shelia’s gauntlet. Both normal mode and Ray Tracing mode had the same performance. With no stutters or frame rate dips on all three modes. But the most noticeable change was in performance mode where the game went to 120 frames-per-second. 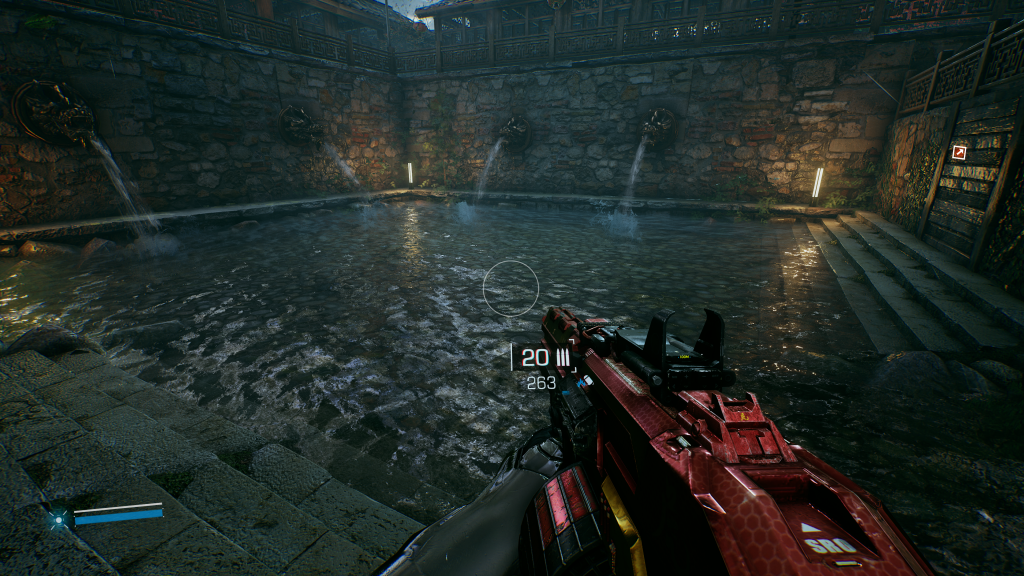 The game felt silky smooth and the animations from enemies, the trees swaying, and the rain trickling from the sky all created an ambiance that sucked me in. However, the few moments where we see Shelia talk killed my immersion. Her voice acting and facial animations were disappointing compared to the rest of the game’s fidelity. As well as a few crashes in weird moments like launching an ax-wielding warrior in the air with my sword and a few freezes when navigating the simple menu that the game has.

Overall, the game lacks an actual story, with a protagonist and world I wish I could be invested in. The random moments where you fight ancient warriors and see the crazy set pieces are what kept me interested in seeing the story through to the end. As well as the game’s incredible gameplay, fun and challenging bosses, and an upgrade system that Bright Memory: Infinite knocks straight out of the park.

The game is only two hours long, though, which did encourage me to replay it as many times as I did. But it is an experience I can highly recommend to people who are looking for an impressive-feeling, and impressive-looking game that does not slow down.

Bright Memory: Infinite is out now for $19.99 on Xbox Series X|S, PC, Nintendo Switch, and PlayStation 5.