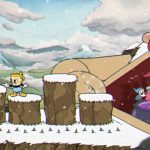 You are reading
Cuphead: The Delicious Last Course Review

Sometimes, letting something cook for a long time turns out beautifully. Cuphead’s long-awaited DLC, The Delicious Last Course, just became the newest exemplar of this philosophy. In a time when fanbases can get maddeningly toxic about possible video game delays while other games get rushed to release, Studio MDHR showed that longer cooking times can lead to a truly delightful meal.

The Delicious Last Course follows Cuphead and Mugman to a new isle. After clearing any mausoleum in the main game, the porcelain duo gets called to help Miss Chalice escape her incorporeal form. In order to temporarily save her from this ghostly state, Cuphead or Mugman can eat a cookie to switch their soul with hers.

For a more permanent solution, you need help from Chef Saltbaker to bake a Wondertart. He just needs you to get the ingredients from, in true Cuphead fashion, a handful of challenging bosses. 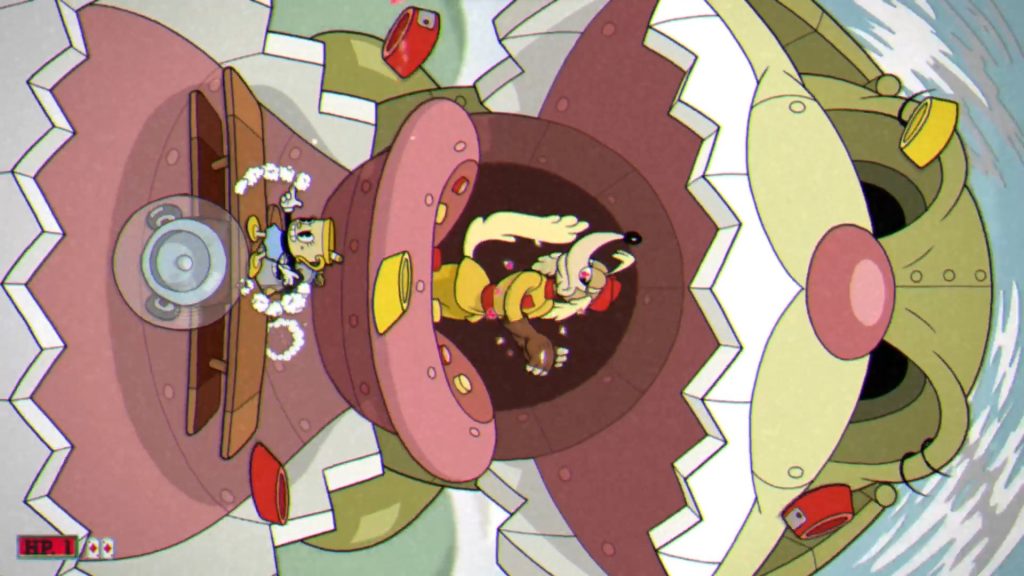 No, I did not rotate the photo while editing; this actually happens during a fight.

The Delicious Last Course Mixes the Oldies with New Goodies

To returning players, The Delicious Last Course lets players pick up where they left off. This one isle has a dozen different levels, which is just a bit less than the entirety of the original game. The new playable character, Miss Chalice, and a litany of new merch at Porkrind’s Emporium give this DLC massive bang for your buck.

The main new bosses feel as challenging and rewarding to fight as those found in the original game. Players burrow underground for some fights while taking to the skies for others.

Studio MDHR got especially creative with these fights as many eschew the base game’s normal flat floor for the player to fight from. One does get admittedly disorienting but that disorientation is offset with more easily dodgeable attacks. Had this been the standard for every fight, it could have felt frustratingly gimmicky, but by giving a variety of different level styles, the gimmickiness doesn’t stick.

This creativity shines brightest on the King’s Leap. A rope ladder periodically falls from the sky on this Isle leading to a floating castle. The king of the castle challenges the player to optional chess-inspired boss fights, but there’s a catch. You can’t fire any weapons or Super Arts; you only deal damage by parrying.

Parry-driven fights bring a creative new spin to Cuphead. Studio MDHR ensured that players can’t endlessly spam parries to victory in these particular fights. Most require you to time your parry the opponents when they’re open, parry an environmental item to fire at the opponent or figure out a puzzle to unlock the parry window. Players must study their opponents’ move sets to find weaknesses more intently to figure out the opportune time to strike.

Ms. Chalice is Fun to Control, but Not as Powerful as the Game Thinks She is

Ms. Chalice is more than just a new skin. She can dodge roll on the ground, double jump, parry by dashing, use her own super abilities, called Super Arts, and she has an extra health point. These come at the cost of the players’ charm space and the ability to parry while jumping.

As great as Ms. Chalice’s abilities are, they do not totally make up for surrendering that charm space.

Where Ms. Chalice can dodge roll on the ground, the two original player characters can use their charm spot to do that on the ground and in the air. Both original PC’s effectively can double jump by parrying. While Ms. Chalice now admittedly has the best Super Art in the game, her extra heart can feel meaningless when Cuphead already is a game that expects the players to repeatedly die.

The Delicious Last Course’s main character does have notable powers, but that package of powers feels equal to the Cuphead and Mugman’s set before you consider losing that charm space. Losing that charm does not ruin her, but it tips the scale a bit in favor to the original characters rather than her. 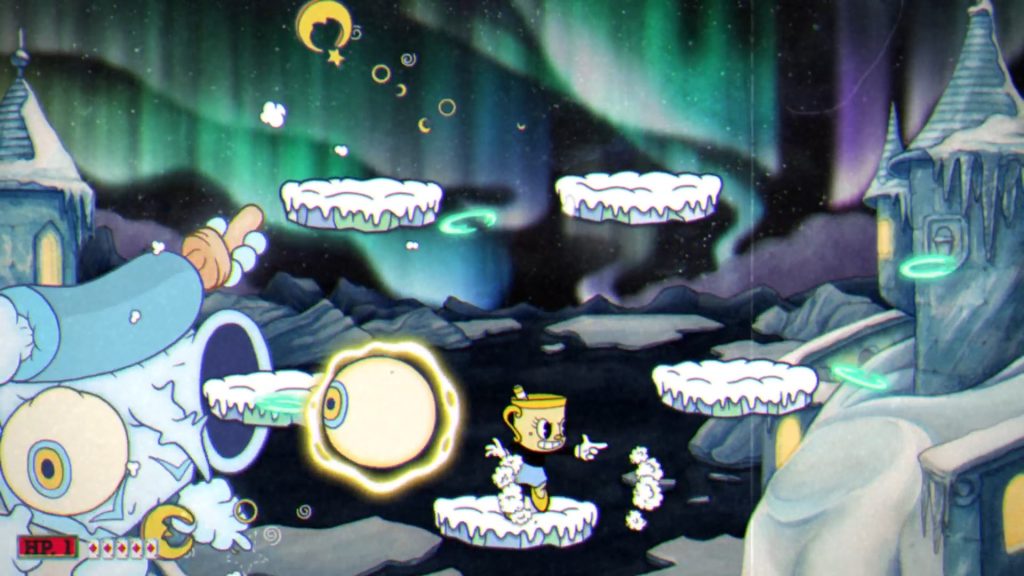 If it’s Not Broke, Don’t Fix it

Studio MDHR did not need to make major changes to every single thing for this add-on. Cuphead’s musical and visual art styles fit wonderfully in the base game. All the team needed to do was replicate that style for these new levels and they did that.

With Ms. Chalice now playable, she joins the title screen and brings a new song with her. In addition, every area has new music outside of Porkrind’s Emporium. Even though Ms. Chalice’s theme isn’t as catchy as the original’s title music, it still honors Ms. Chalice’s spiritual form with angelic-sounding vocals.