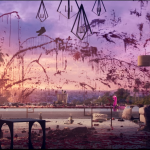 Gamescom 2022 opening night live is an event packed with new trailers, information, and release dates from the biggest upcoming games. From big AAAs to impressive Indie titles, there is almost something for everyone at Gamescom 2022. One of the biggest surprises of the show this year has been the reveal of Dead Island 2. A game that was originally revealed all the way back in 2014, that was long to be believed to be canceled has been brought back from the dead. After switching developers several times over the past decade, it is incredible that this game is real.

Dead Island 2 will be coming to Xbox Series, Xbox One, PlayStation 5, PlayStation 4, PC, and Stadia on February 3rd, 2023. Here is a brief description of the game from the official PlayStation store page.

“Explore HELL-A – Dead Island 2 takes players across the most iconic locations of the City of Angels, now stained with horror, in an exciting pulp journey from the verdant suburbia of Beverly Hills to the quirky promenade of Venice Beach.

Brutal Melee Sandbox – Combat delivers the most intense, visceral, and gory first-person experience possible, with plenty of weapons and tactical (and brutal) options to chew your way through the zombie horde. Whether you’re slicing, smashing, burning, or ripping, we want you to truly feel it.

Be the Ultimate Zombie Slayer – There are six characters to choose from, each with their own unique personality and dialogues. You can fully customize the abilities of each Slayer, with our brand-new skill system allowing you to re-spec instantly and try out the craziest builds.”

Will you be checking out Dead Island 2? Let us know in the comments and don’t forget to check back for the latest gaming news and information.