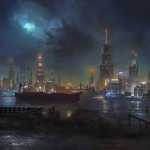 Batman is dead. Gotham faces her reckoning in his absence and the knights that remain must come together to answer her call. The premise for Gotham Knights is certainly an interesting one.

With lore as rich as Batman’s, it’s no surprise that we’ve seen ample games spawn from the hero’s mythos. However, whilst many have focused on Bats and the Justice League, it’s far rarer to see games focused on the B-team. And yes, the B stands for Bat.

A mere month from its October 21st release, Warner Bros. Montréal has given fans a wealth of insight into their upcoming release via a series of IGN Firsts. Character trailers, extended gameplay and suit showcases galore. Holy content, Batman! 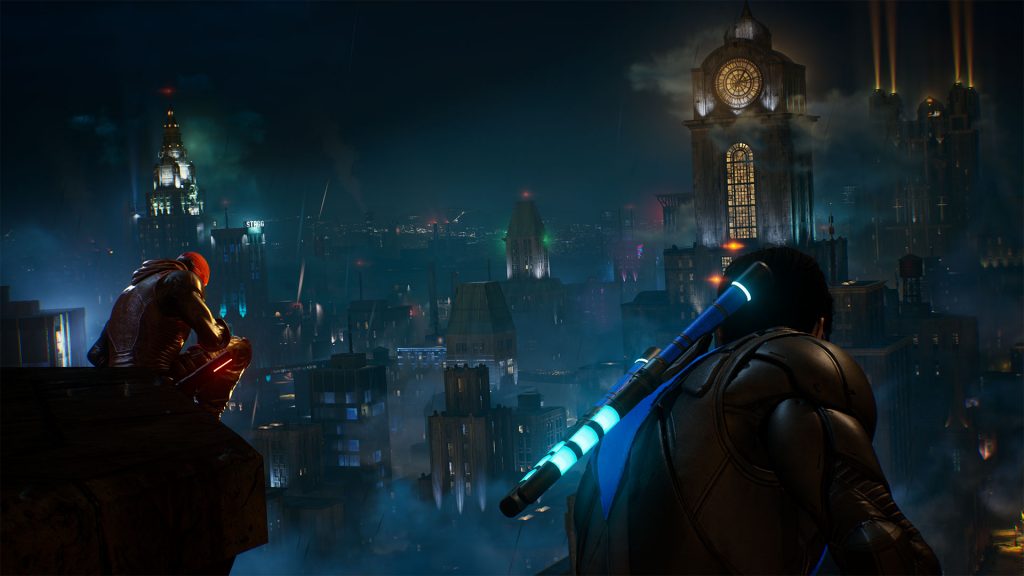 Yet, of all the content on offer, it’s the deep dive into Gotham’s municipal history that has me most stoked. Why, I imagine you ask. Well, before diving into those particular depths, let’s first pay homage to WB Montréal’s first affair with Gotham City.

An Ode to Origins

Beyond the Batgirl, Red Hood, Harley Quinn, and Scarecrow DLCs for Arkham Knight, WB Montréal’s last time donning the cowl was in 2013’s Arkham Origins, often considered the forgotten child in the Arkham series. Initially criticised by some for a supposed lack of originality, reception to Origins seems to have warmed over the years. Whilst it may have lacked the same calibre of gameplay innovations seen between Rocksteady’s Asylum and City, Origins remains a formidable title.

Home to the best boss battles in the series, Origins gave audiences a young and brash Batman, captured expertly by Roger Craig Smith. Coupled with a stellar performance from Troy Baker as Joker, Origins ultimately offered one of the most compelling origin stories of the dynamic between the caped crusader and the clown prince of crime. 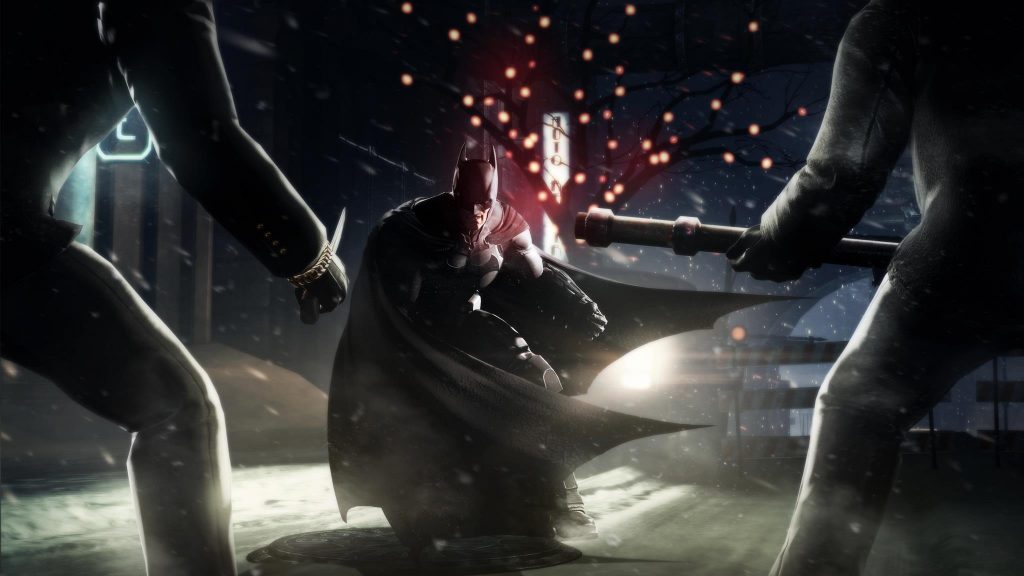 Throw in some B/C list villains who don’t often see the spotlight, a festive setting, a phenomenal score, and one of gaming’s best CG trailers, Origins was nothing if not original.

And so this merry little jaunt loops us back to Gotham Knights. While it seems there are similar concerns surrounding the game’s combat and various RPG elements, WB Montréal’s dedication to mapping Gotham City foreshadows yet another exceptional entry.

A new universe, a new timeline, a new Gotham. Pulled from Scott Snyder’s fantastic New 52 run, Gotham Knights’ primary antagonists are the Court of Owls. So insidious and ingrained are the Court in Gotham, their existence escapes even Batman. Like Batman, they have hideouts everywhere. Unlike Batman, they’re in control and have been since Gotham’s inception. 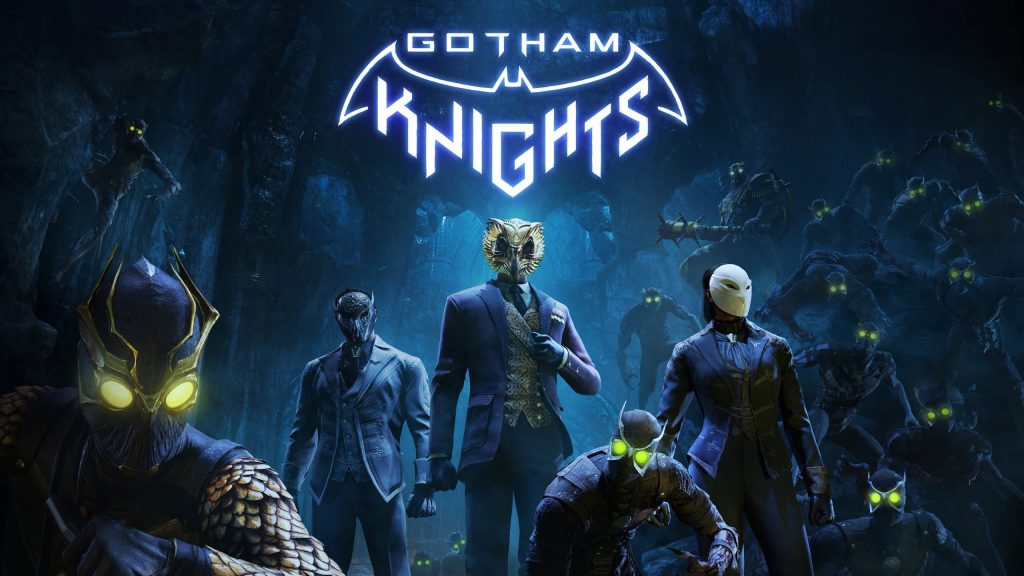 To spin a story about a dynasty so dreadful requires a significant amount of environmental storytelling. Rocksteady embodied this notion in their Arkham games. There’s scarcely a street in Arkham Knight, that doesn’t have some reference, easter egg, or homage to some obscure volume of Bat-lore.

WB Montréal promises that their latest iteration of Gotham is the largest game version yet. IGN’s Gotham-centric deep dive shows Robin diving in and out of tunnels and buildings, perched over vistas of smoke, fumes, and neon hues. You can almost taste the pollution.

Emphasised throughout are the sheer amount of details and comic references littered across the map. Size may not be everything, but if the map is as lore-stacked as it appears, Gotham Knights has every chance of being the most intriguing adaption of Bruce’s backyard to date.

Wake Up and Smell the Crime

Gotham Knights has a tough precedent to follow. The Arkham series redefined what a superhero game could be. Arkham Asylum laid the blueprints for a combat system that is still used today, lifted by the likes of Mad Max, Sleeping Dogs, Spider-Man, and Shadow of Mordor. Arkham City and Origins innovated and iterated until Knight delivered a near-perfect gameplay experience that, dare I say it, really made you feel like Batman… 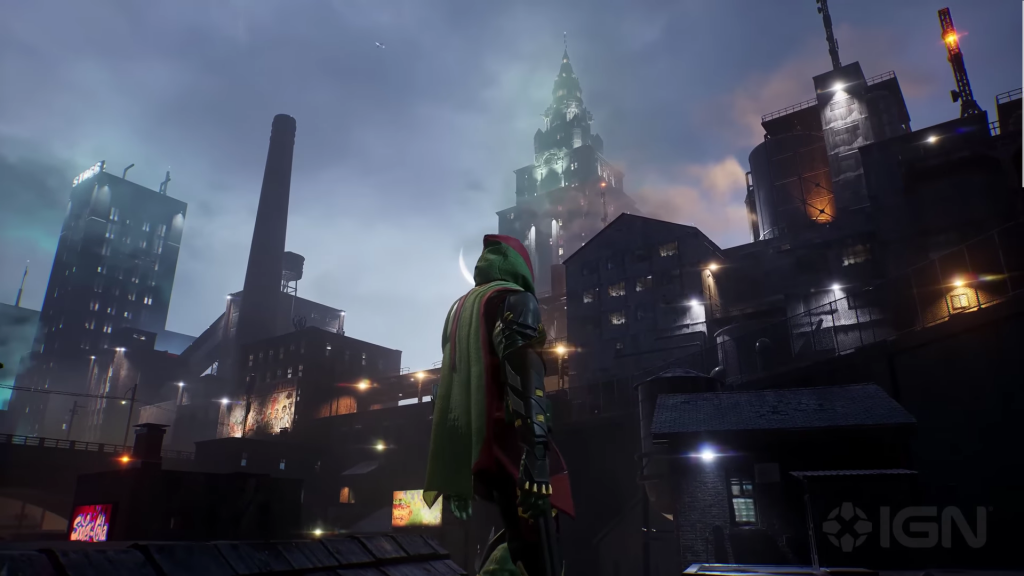 In allowing players to choose between Nightwing, Robin, Red Hood and Batgirl, Gotham Knights offers players an entirely new experience. By providing online co-op, we’ll be able to explore a fully realised Gotham as no other game has previously allowed – beyond the Lego realm.

Is depth being sacrificed for breath? Will the gameplay live up to the immense story potential? Is Batman really dead? Gotham City and her Rogues Gallery are gifts that keep on giving. Time and time again they’ve been reimagined, revitalised, and rekindled, sparking life into new stories and experiences. I trust in WB Montréal’s ability to deliver another exceptional entry, but we’ll all be able to verify come October 21st.

Will you be donning a hood, cowl or domino mask to defend Gotham? Will you bring justice to the lawless streets, one goon at a time? Let us know in the comments below.