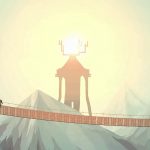 You are reading
No Place for Bravery Review 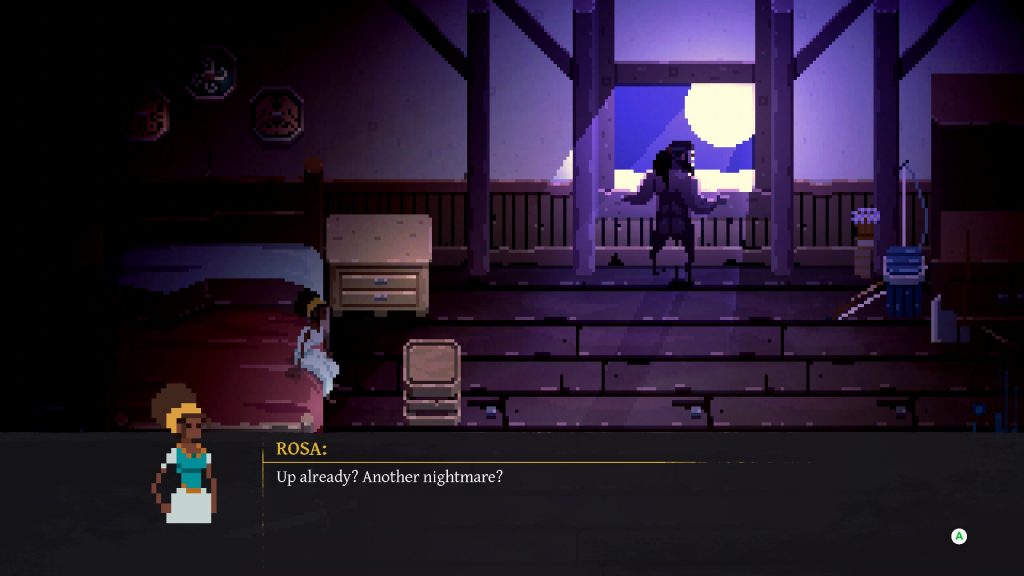 No Place for Bravery places you in the role of Thorn, an ex-soldier carrying a heavy burden, in a world engulfed in constant conflict. Early on in the game, players assume control of the Thorn and get a sense of his determination of going on missions that often comes at the expense of his family. That is until both worlds collide when a mysterious warlock kidnaps his daughter, Leaf.

During his desperate search to find Leaf, he finds and frees a timid boy named Phid. Thorn adopts the boy, and he helps his father in his quest. Years have passed with no signs of progress. Thorn’s wife, Rosa, cannot bear the incessant searches and she eventually leaves Thorn. But that does not deter him, as he pushes forward for a decade searching for Leaf.

The game constantly reminds you of Thorn’s agony and determination of finding Leaf. He often resorts to violence to stop anything in his way. The bodies pile up in his search, but it does not deter him. He is consumed by his grief, as it pushes the limit of what a parent would do in this situation, coming at the expense of everything else in his life.

No Place for Bravery does an excellent job of depicting this grief. As a father myself, I related with him on a deep level. Though his methods of destruction and self-imposed isolation were questionable. In the end, the game’s story was tragic but beautifully depicted, and it resonated with me long after I put it down. 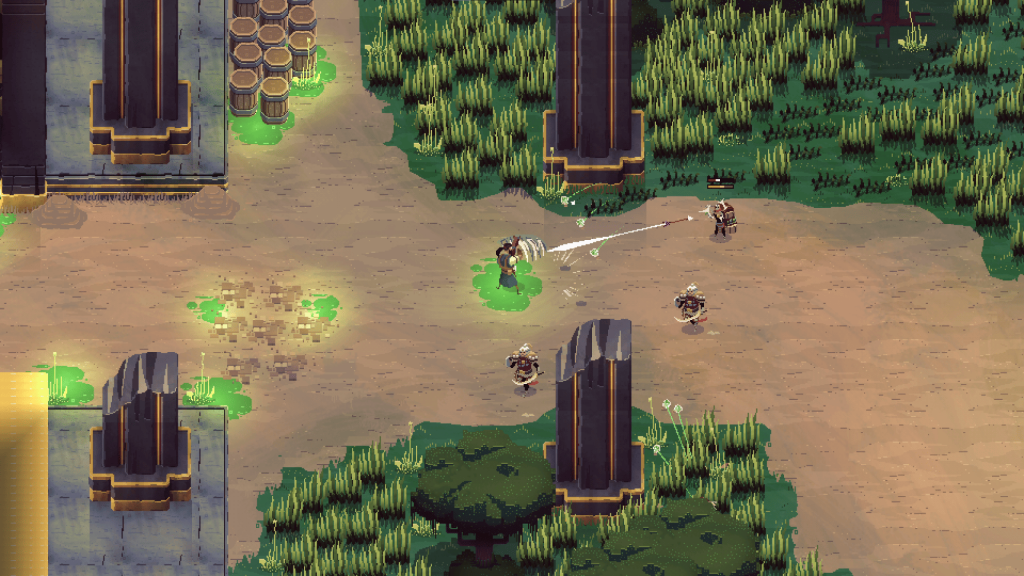 No Place for Bravery sports the now ubiquitous pixel art style, reminiscent of old NES and SEGA Genesis games of the past. Characters can only look so good when sporting this art style, but it did the job well enough.

However, some of the environmental set pieces were truly sprawling and looked amazing. The Giant in particular had an imposing presence. It is a similar feeling to when you first entered the Leyendell Royal Capital in Elden Ring, though on a smaller and pixelated scale. Despite this, kudos to the developers that definitely punched above their weight regarding the level design.

Inconsistent Audio and a Solid Soundtrack

No Place for Bravery contains an ominous, yet, personal score. It was haunting at times when the music gradually kicked in after long periods of silence. The soundtrack was riveting, and it stood out well for a game of its humble size. Though not everything was on the same level in the audio department.

While the overall sound effects had weight to them, I couldn’t help but notice the constant audio syncing issues the game presented. This was especially noticeable during combat, where the audio would not register a sound effect for attacks and dodges. I ignored this issue at first, but noticed it more and more, especially in larger fights with multiple enemies.

No Place for Bravery’s Gritty Combat

When it comes to combat, No Place for Bravery is heavily inspired by FromSoftware and Souls-like titles. Besides battle memorials that function exactly like iconic bonfires from Dark Souls, attacks and dodges are both governed by the stamina bar. However, don’t expect intricate weapon arts systems with dozens of different weapons attacks and combos. It is a simple and serviceable combat system. Players can also use different throwable items such as poison and explosive pots. These items become more useful later on in the game.

There are additional skills that players can unlock. However, I felt that they did not add much and I often just ignored these menial tasks. On the other hand, the game’s signature executions were a pixelated treat. Don’t be fooled by the game’s graphics, the executions are quite brutal. They often employed visceral blood, gore, and dismemberments. Best of all, it works well within the context of Thorn’s violent demeanor, so it is not all for show. However, because pulling off executions zooms in on the player, it could be a nuisance if you are fighting multiple enemies.

Interestingly, the game takes some cues from Sekiro as well. The game features its own poise bar. Thorn can defend himself with his shield. Blocking attacks depletes his poise bar, and once depleted, it disorients him for a couple of seconds, leaving him vulnerable to attacks. For the most part, the combat was engaging and enjoyable throughout my playthrough, usually demanding my full attention to avoid unnecessary death.

There is enough enemy variety to keep things interesting. Each has its own distinct look, attacks, and strategies to deal with them. From rugged Legionnaires to sorcerers that cast protection barriers on their wicked allies, No Place for Bravery does a great job in its simple combat. It’s nothing too extravagant, but it does not need to be. The game successfully makes sure players are engaged at all times. Though, there were some annoyances here and there. Especially when dealing with ranged enemies that could be frustrating at times as they often tend to spam attack you from afar. But once you get the hang of it, it became less of a nuisance. 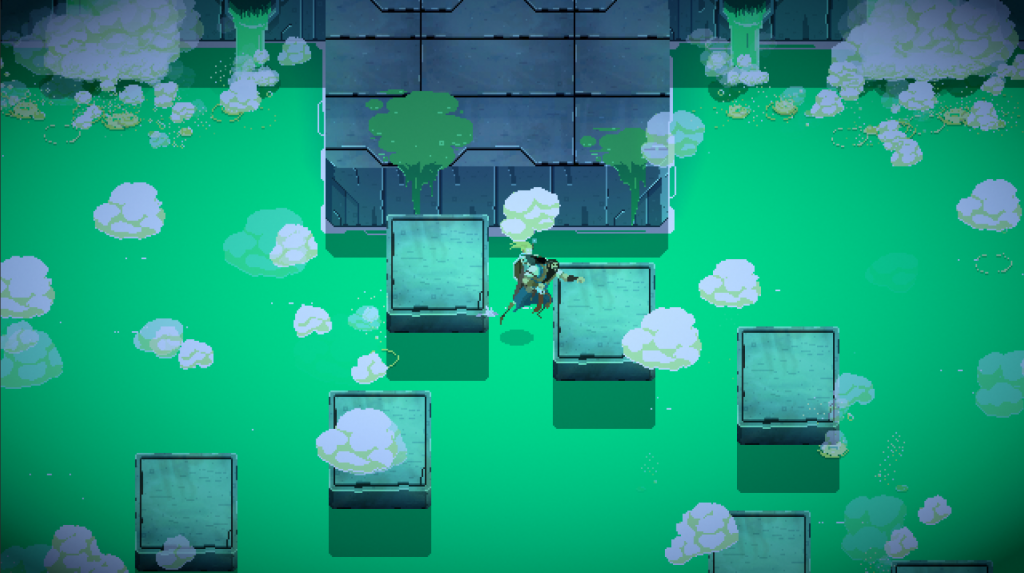 In addition to its gritty combat, No Place for Bravery also has some platforming segments worth mentioning but not for good reasons. Although it does change up things for players, it was more of an annoyance than something to look forward to.

Platforming entails simply dashing from one platform to the next. Sometimes, these platforms will move and Thorn has to dash between them at the closest point. What frustrated this mechanic is that there are often ranged enemies that will pelt you with arrows as you traverse these sections. Yes, it does add challenge, but I grew increasingly frustrated during platforming. Eventually, I grew to loathe the sight of a platform. The worst offenders are when teleporting enemies were placed around platforming sections. They would constantly nuisance you at every given moment. 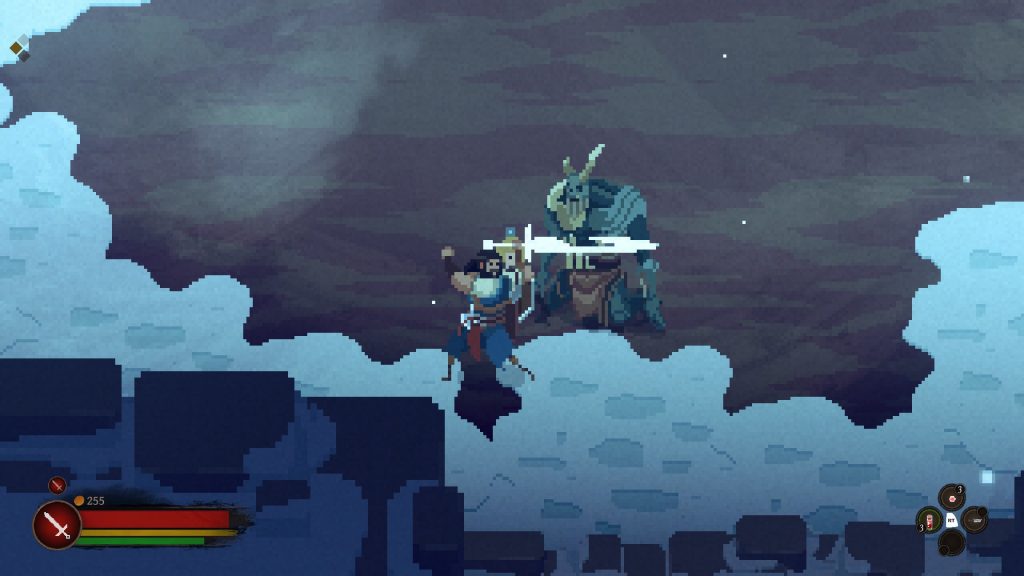 Let me preface by saying that the version we tested was the Nintendo Switch in docked mode. We all know that the Switch is aging poorly, but to see how far it stumbles in a bite-sized indie as No Place for Bravery was truly an annoying experience.

Any fight with two or more enemies would constantly cause the framerate to tank. Though it was a struggle at first I grew accustomed to it the more I played the game. Even some of the load screens seemed awkwardly longer than they should be. I cannot begin to tell how many times I thought the game crashed when it turned out the next area was just loading in. Honestly, it was an uncomfortable delay. Hopefully, this issue and the frame drops can be remedied with a day one patch.

Final Thought on No Place for Bravery 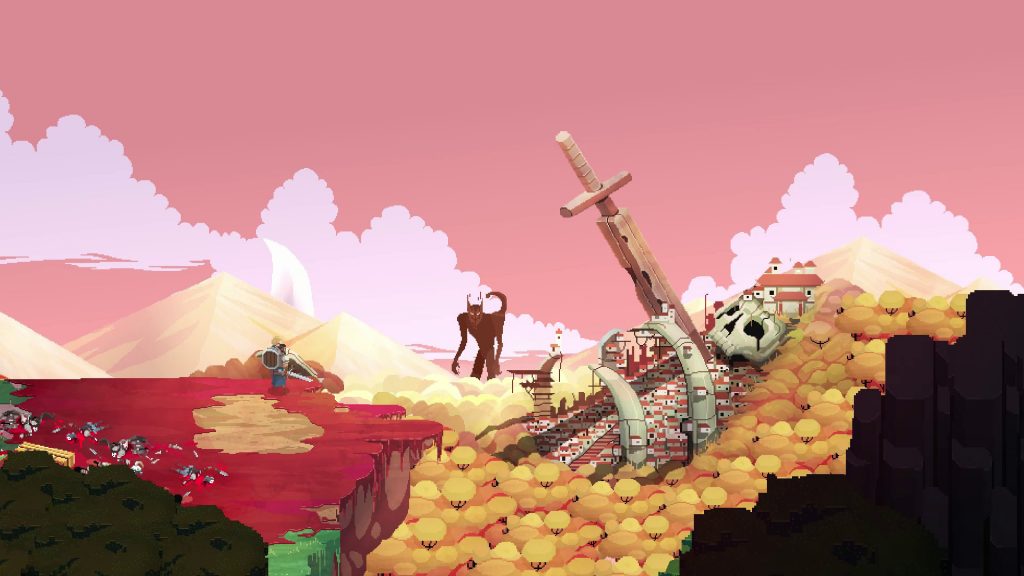 No Place for Bravery tries to carve its own place in a flood of Souls-like titles hitting the market to some success. Its excellent, yet tragic, story continues to resonate strongly with me and some of its set pieces were truly captivating. The combat was serviceable with a decent amount of enemy variety and always demanded my attention. However, the game was let down by its bland pixel graphics and technical hiccups.

No Place for Bravery will release on September 22 on Steam and Nintendo Switch and retails for $19.99.

*Update the publisher informed Lords of Gaming that an upcoming patch will address several technical issues facing the game.

Note – The publisher provided a Nintendo Switch key for the purpose of this review.