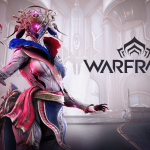 You are reading
Warframe Archon Mods are Imperfect

Veilbreaker in Warframe has been out for a little under two weeks now. Bringing with it, the 50th warframe, Styanax. As well as weekly activities. Such as Archon Hunts, and Kahl’s Veilbreaker missions. On top of Kahl’s missions being very satisfying and fun. They reward players who do special weekly challenges within them, a new resource called “Stock”. Stock can be traded in at Chipper in the Drifters camp next to Kahl. 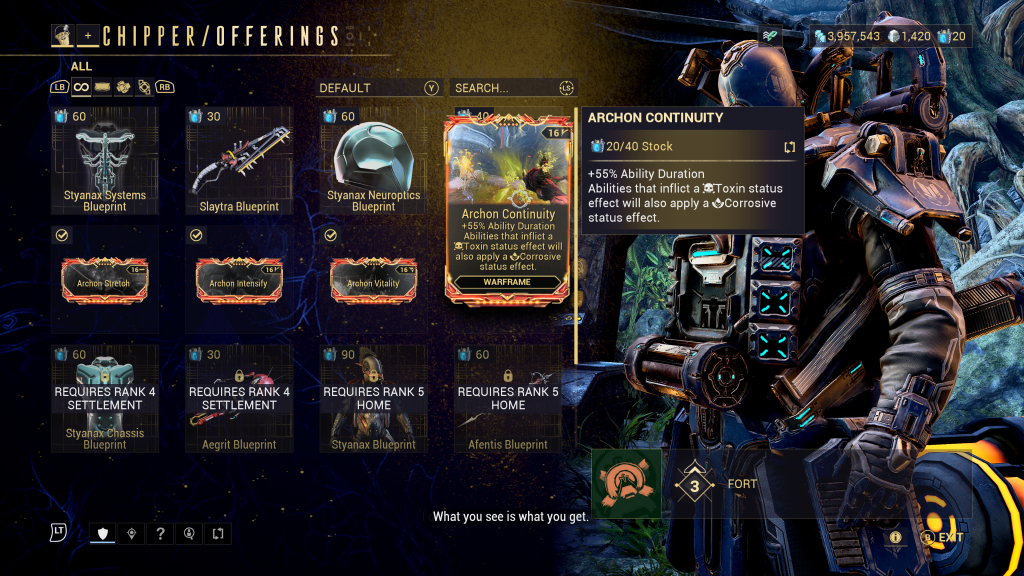 Stock can be used to buy a variety of things. Such as parts for Styanax if you need another for subsuming. Or buy the new weapons that got added to the game. One of the various things in Chippers inventory is a new mod set called “Archon Mods”. These were peculiar when they were added to the game. But upon using these mods, I have found them to be very imperfect compared to the normal or primed variants. However, I must dive a little bit into these to explain the problem properly.

What’s up with the Archon Mods?

There are a total of five Archon mods you can obtain. This requires a good amount of Stock. So much so that I was not able to buy them all this week but went with the ones I felt could be useful. How wrong I was. For starters, they are very inconsistent on what they offer at a baseline. Archon Intensify is just “intensify” with a unique passive. While Archon Flow is not the normal flow, but instead Primed Flow with a unique passive akin to intensify and the others.

This renders the base stats provided a little redundant if you have:

Why trade in my Intensify or Primed Flow in my existing warframe builds for these newer ones? Well, these have unique passives but this is where they falter. Archon Flow has a 10% chance with every frost elemental ability kill to spawn an energy orb from an enemy with a ten-second cooldown. While Archon Intensify provides an additional 30% ability strength for ten seconds if you heal yourself or other players with abilities. This means for you to take advantage of Archon Flow, you either need to use the Frost or Yareli warframes to reap any small benefits. 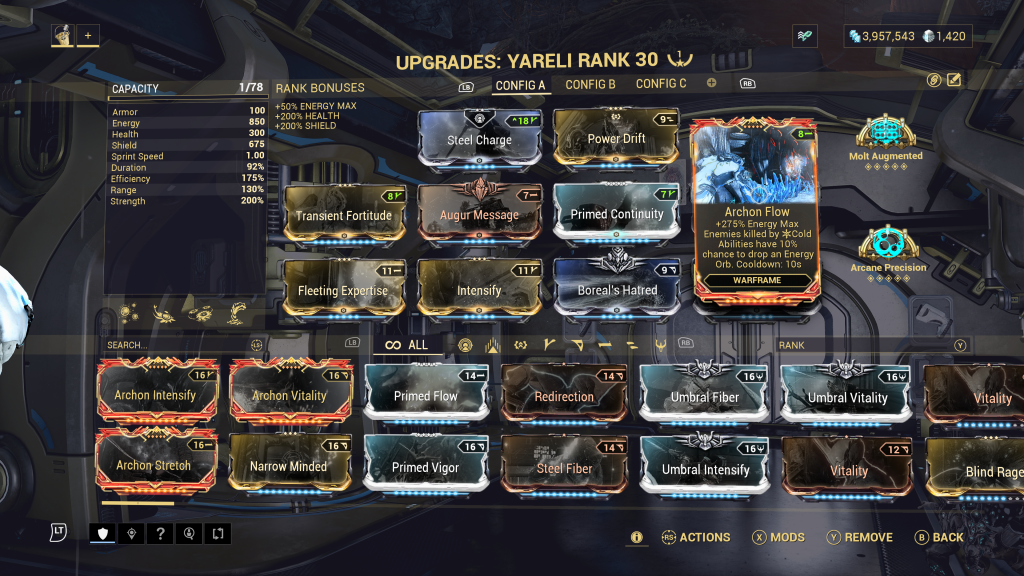 While on the other hand, you need to find a warframe that has healing abilities while also being able to reap the benefits of more ability strength. They are very limited in who can use these mods. While also limiting the benefits that are provided. Why does Archon Flow only grant one energy orb from a kill every ten seconds, and why does Archon Intensify only provide a ten-second power strength increase? Archon continuity also suffers from this since very, very few warframes use toxin damage in their abilities.

They Are Not All Bad

While Archon Continuity, Intensify, and Flow are not very good mods. There are a few like Archon Vitality and Stretch that are still limited in who can use them to reap the minor benefits, but they are pretty good mods. Vitality, for instance, grants abilities that deal heat damage to create two stacks of the status effect instead of one. So Ember and Wisp users can burn enemies to a crisp faster. While Archon Stretch grants warframes that damage enemies with an electric ability a small energy regen for five seconds.

Vitality I think is fine, but Stretch still needs to recover more energy than two points a second for five seconds. It just does not feel rewarding. Another thing to factor into why these mods should feel more impactful is the fact that these are ten-tier mods that use twice the amount of endo for players to max out. So instead of two million credits and twenty thousand endo, they now need to use forty thousand for each mod to max them out. That is a very hefty resource sink for so little in return. Not to mention you also need to play the New War to unlock Veilbreak activities. So that is also a hefty time commitment. 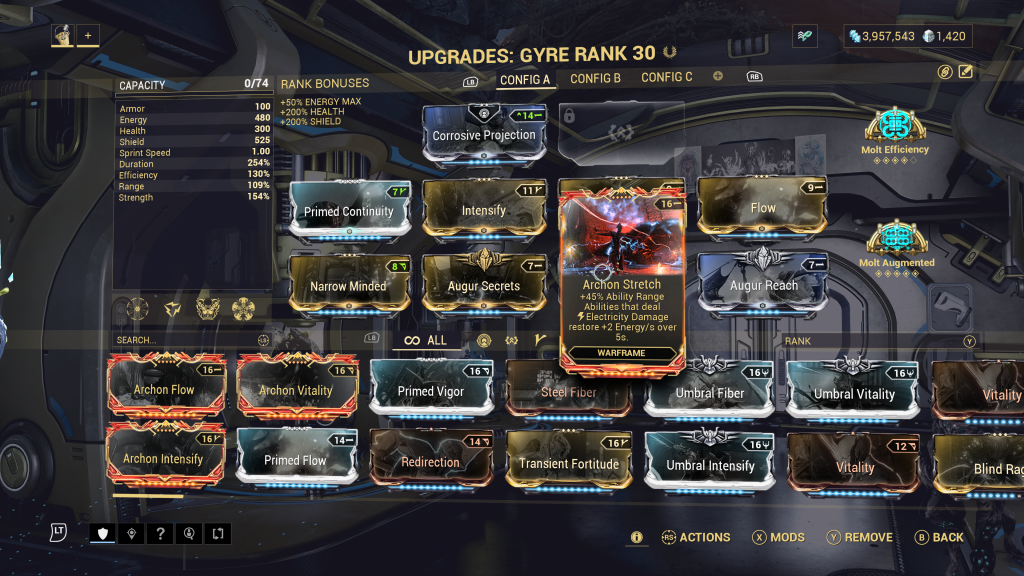 In an effort for some conversation about these mods, I took to Reddit for some comments about the situation. Even citing that Archon Flow and Continuity can replace the primed variants if a player has not purchased those yet. But, the players were very respectful and insightful, recommending that Wisp can be a perfect candidate for multiple Archon Mods. As well as exalted weapons from certain warframes allowing them to reap these benefits if the specific element is attached to that weapon.

However, even with this information, the changes are barely noticeable. I do not wish for Archon Flow to drop a guaranteed energy orb every time I kill an enemy. Or wish that Archon Stretch grants a warframe twenty-five energy a second for five seconds. But what I do wish for, is that these mods can get a second look to help them feel more impactful. Especially Archon Intensify. 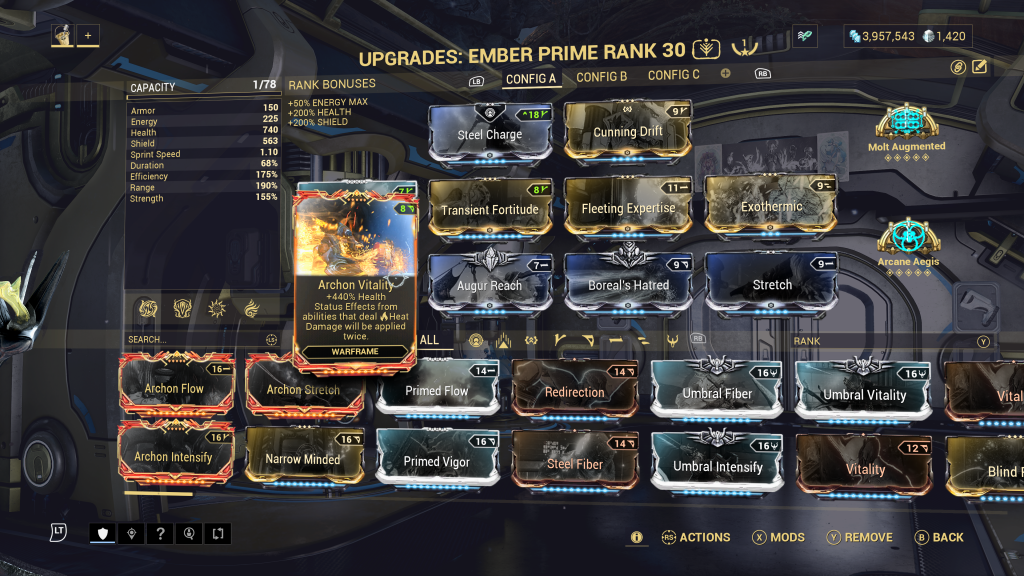 The Veilbreaker update so far has been a bit bumpy. As well as being quite awesome at times. The weekly missions with Kahl and Archon Hunts are fantastic. While some speed bumps with the ammo economy change. Having to walk back some changes with battery-based weaponry. However, we have also seen the rise of Ammo Case and Carrier to mitigate the changes. But all in all the Archon mods are not as good as they should be.

There has been consistent dialogue on the difficulty in Archon Hunts. But not enough for these mods, and I hope I can proudly use them in my builds one day.