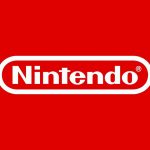 You are reading
ValueAct Has Built a $1.1 Billion Stake In Nintendo

Nintendo is one of the longest-running video game hardware and software developers in the business. While they have had their highs and their lows, overall they have been incredibly successful. This is becoming more apparent as ValueAct Captial Partners LP has built up a $1.1 billion stake within Nintendo Corporation. For those that are not familiar, ValueAct is an Activist investor that has partnerships with some of the biggest tech corporations in the world. With stakes in companies such as Microsoft and Adobe. In an exclusive report from Reuters, it was revealed that ValueAct has expressed interest in helping Nintendo grow and expand.

“San Francisco-based ValueAct said it has had several meetings with members of Nintendo management and that it believes in the vision the company’s chief executive, Shuntaro Furukawa, has shared with ValueAct and with others.”

The investment firm was impressed with how Nintendo’s stock navigated the massive stock sell out of February and March. With successes in both hardware and software especially in regards to March. The investment firm believes that it could help to expand Nintendo into a broader entertainment company.

“We believe Nintendo will be one of the largest digital media services in the world, in a category with the likes of Netflix, Disney+, Tencent Interactive Entertainment, and Apple Music,”

It is easy to see what this would mean for the future of Nintendo. Similar to how Sony is has expanded its valuable IP into TV shows such as the upcoming The Last of Us HBO Show. Sony is also pursuing cinema with projects such as the upcoming Uncharted film. It is not hard to imagine with the wealth of classic IP that Nintendo owns that the company could easily create phenomenal forms of media outside of just video games. A Fire Emblem animated series or a Legend of Zelda animated series in the style of Netflix’s Castlevania could be massive for the company.

ValueAct states while Nintendo has been thriving, they have not prospered as much as companies such as EA and Activision in the past decade. They cite that Nintendo is going through a “digital transition phase” that was sure to pay off in the long run. The market certainly seems to think ValueAct and Nintendo are a match made in heaven. As per industry analyst, Daniel Ahmad Nintendo’s stocks shot up by 4.20% upon the release of the report.

Ultimately it's a small stake in the firm. Could provide valuable guidance as Nintendo continues its digital transformation in software and services. pic.twitter.com/4DIwlyutpc

While its hard to exactly pinpoint what this means for Nintendo in the long run. It is no doubt that the sky is the limit for the company, as it has seen nothing but a massive success. Between a blockbuster selling console on top of software attach rates that have never been seen before. Nintendo is healthier then it’s ever been. It will be interesting to see what the future holds for the company.