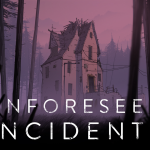 You are reading
Unforeseen Incidents Review 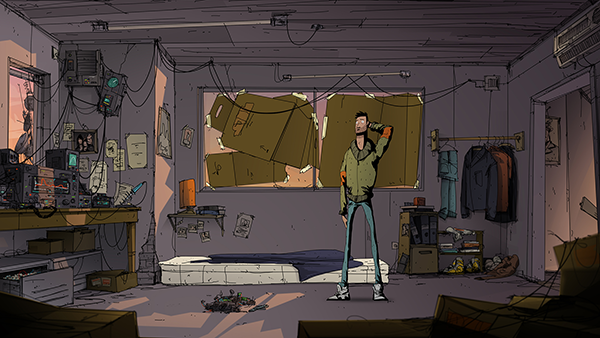 Point-and-click adventures come in all shapes and sizes. Some use pixel art and some use hand-drawn art; some have 8-bit soundtracks and some have orchestral soundtracks. But the one thing they all have in common is that they are almost never AAA. They usually have low budgets, which in turn affects the quality of the final product. Developed by German studio Backwoods Entertainment, Unforeseen Incidents is one of the rare adventure games that manages to buck this trend and feel, for the most part, like a well-funded AAA game. Though there are some frustrating facets of its gameplay that hold it back from true greatness.

So You’re Looking for Adventure?

The story follows handyman Harper Pendrell, a resident of Yelltown. Soon enough the peace of this small town is shattered when there is an outbreak of a deadly virus, and you come across an infected woman carrying a cryptic message. Who, what, where, and why are all questions that must be answered as you embark on a journey full of sci-fi conspiracy to try and bring an end to the epidemic. All while being helped along the way by a kooky cast of interesting characters, including a journalist who wants to blow the whistle on the whole affair.

The first thing that you will notice when you start playing Unforeseen Incidents is the artwork, which can be best described as a colorful video game rendition of The Walking Dead comics—heavily stylized characters and environments with lots of detail. Going along with the very unique visuals is a sublime sound design. In-game, music plays in most scenes, giving a nice ambiance to your puzzle-solving, and the voice acting and detailed sounds are top-tier. This all comes together to give you a nice sense of a lived-in world as you go back and forth progressing the story. Even the main menu has detailed thunder cracks accompanying its gorgeous music and artwork, emphasizing just how much atmosphere the sound design adds. 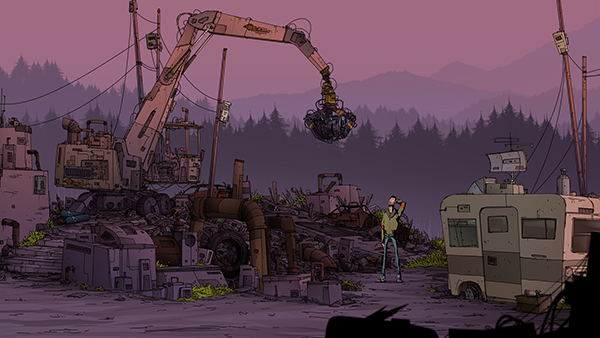 A Handyman With Handy Tools

The gameplay here is standard point-and-click fare. Left-click to use or interact with objects or people, right-click to examine them. You will be pointing and clicking across a wide variety of locations in your 10 to 12 hours with Unforeseen Incidents. From junkyards and towns to rural forests and diners, all of the locations come together with beautiful nuance, helped by the exquisite art and sound design.

You will, of course, be solving puzzles to progress. These range from environmental puzzles, such as gathering the parts to fix a car, to conversation puzzles where you must work out riddles and repeat the answers in the correct order. The environmental puzzles are quite intricate on the whole, requiring the use of multiple items and a bit of thoughtful consideration; while the conversation puzzles rely more on your ability to retain information.

Harper has a multi-tool, which contains a knife, screwdriver, and pliers among other things. This is a helpful tool when solving puzzles, and provides quite a nice twist on the adventure game formula. For example, one scene will have you use the multi-tool scissors to cut the hood off of a jacket, while another will have you using the multi-tool screwdriver to fix electronics. Spurred on by hints, you will also be combining, taking apart, and using objects in various ways. A lot of the time, you can use logic to understand what you need to do next in Unforeseen Incidents, but there are some frustrating aspects to its puzzles and gameplay. And this is where we hit our first road bump.

Sometimes you are required to drag items from your inventory onto small objects in the world. This can be quite buggy, and sometimes the game won’t trigger the proper response unless you get pixel-perfect with your cursor placement. This can lead to you thinking that you’ve made a mistake in the puzzle, causing you to traipse around the world looking for non-existent solutions.

Likewise, some environmental puzzles can also be buggy. In one instance, you have to put items down in a certain order to trigger progression, but it doesn’t happen, leading you to have to leave and come back to reload the scene. Another problem in this regard is that objects blend into the scenery so well that you can frequently miss key items. There is always the adventure game staple of pressing the Spacebar to highlight interactable objects in the world, though frequent use of this is usually best avoided as it is effectively cheating. 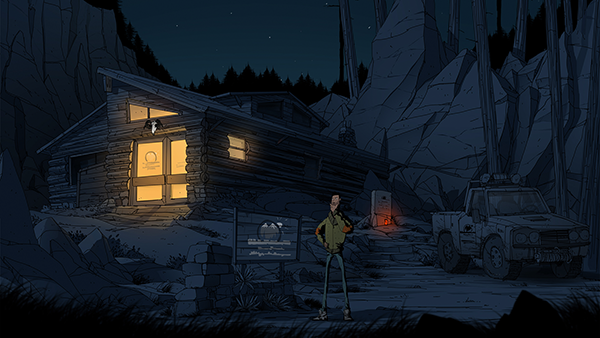 While we’re talking about negative points, the pacing of Unforeseen Incidents slows down a lot in the middle. You spend too much time in some locations, making the gameplay drag on just enough to turn fun gameplay into boredom. It’s a shame because overall the plot is actually very compelling, it’s just marred by the spacing of the puzzles. You end up feeling like you just want to move on—and this is only exacerbated by the bugs that occur in some of the puzzles.

The characters in Unforeseen Incidents, however, offset some of the gameplay annoyances. Harper is a sarcastic, bumbling protagonist full of wisecrack observations. A lovable-but-unwitting hero on a journey to save the world is perhaps not the most original character design, but this game’s character design is so well-crafted that it doesn’t matter. Similarly, a reporter hell-bent on finding the truth is also an unoriginal trope. But again, this character too is written, designed, and voice acted so well that Backwoods Entertainment has avoided the usual stereotypical pitfalls, managing to create characters that are genuinely interesting. And this goes for secondary characters, too. Receptionists, junkyard workers, and bartenders are all fleshed out with original personalities and conversation points.

When you add up all these aspects, Unforeseen Incidents is one of the most unique adventure games on the market. The fantastic art, sound, and character design—combined with a compelling story and beautifully detailed world that has nuanced locations—make this a title that simply shouldn’t be skipped if you are an adventure game fan. Although, the gameplay is one area that holds it back just a little bit too much. The pacing is too drawn out in some areas, and the bugs and frustrations occur too frequently to be overlooked. These aspects don’t stop us recommending Unforeseen Incidents, it is a great game, but it does stop it being a title that sits among the very best.

8.4
A fantastic adventure that you shouldn’t miss out on, providing you can overcome its niggling frustrations.